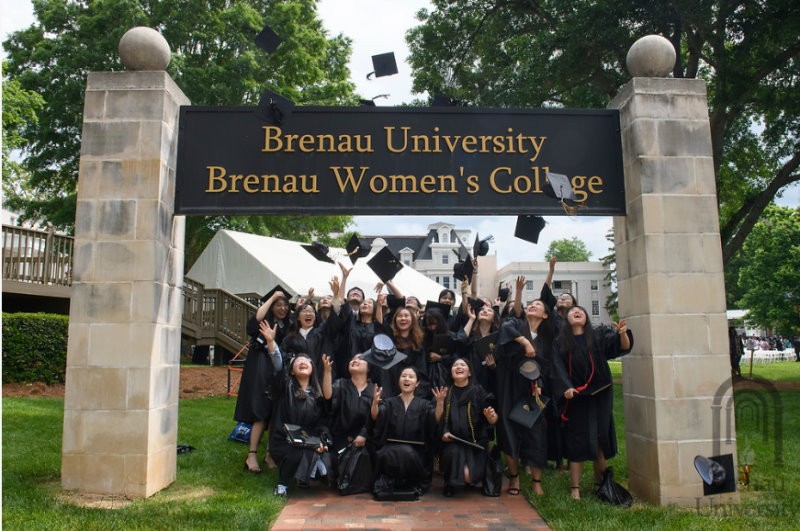 While many new graduates will continue their education with additional schooling, not many can say they left home to pursue higher education in another country - twice, and at prestigious universities like Johns Hopkins, Vanderbilt and Columbia.

But several members of a 2+2 cohort at Brenau University in Gainesville can say just that. The students received their undergraduate degrees just last weekend and each one will tackle on further education or a career option in their field.

The partnership between Anhui Normal University in Wuhu, China, and Brenau was created in 2014, making the 2019 graduates the second full class to go through the program. The students started as freshman and sophomores, studying course work that met Brenau's standards, at their home school; then they ventured into the American Deep South to experience both American undergraduate education and American culture. Students even chose an American name to use during their time in the states.

Brenau officials, along with Dean of Education Eugene Williams and Kathryn Locey, Chair of the Department of Humanities and Director of the English program, shared some of the impressive next steps cohort graduates will be taking.

"They've applied to all kinds of schools," said Locey, noting many have already committed to their final choices. "But they were accepted at many, many more. Most of them applied to five or six schools."

Locey said the schools of high esteem weren't the only impressive part of the post-graduate opportunities.

"Some of them are doing teacher education programs, some are doing literary studies, we have one going for an MFA in film and television, so they're really taking on a wide array of opportunities."

Taking on new and different opportunities could make them more valuable if or when they return to the workforce back home. Williams said education in China is in a state of reform, and students are driven to get the best education they can.

"So they have students that go to universities here, they have a lot of students going to universities in Canada, Europe, Australia, in different places around the world because they're looking to find out what it is these other countries are doing that has been working for their students," said Williams. "And with the numbers they're sending and the majority of those students are returning to China, they want them to implement what they have learned into these other school systems, into their school systems, to try to make their educational system better."

Both Williams and Locey described their students as hardworking during their course work, the majority of which are the same courses other university students are taking, Williams said, though there are a few courses just for the Chinese students and some additional English language courses available as well. A solid grasp on the English language was a requirement for students in the cohort.

"They're really good at reading and writing it. Speaking it is the weaker of the communication fields they have, but usually, we know once they get here and have to use it on a daily basis it improves," said Williams, adding that the students work very hard to keep up. "It's not difficult for them to be in our classroom because of that."

Locey agreed that her English cohort students faced challenges, but didn't seem to have trouble with work ethic.

"Chinese and English are very different languages," she said. "So it's even more impressive they can make this transition and succeed so admirably."

Locey said her students were also impressed at the closeness Brenau had to offer. She said ANU was a larger university with two campuses, and cohort students in the two programs often never saw each other prior to the American portion of the program.

She felt that experiencing a smaller, private university made a difference to her students. "We've have 15 in this group that just graduated and they said many times to me and other English faculty they just can't get over how connected we are to the students, how kind we are, interested and willing to meet with them one on one a lot, and we've spent a lot of time building those relationships."

The program also included Locey and Williams traveling to China to teach and experience Chinese higher education. "Whatever side of the ocean we're on, they're just so focused on learning what they need to know, very happy to meet with you individually, conferencing they take advantage of every opportunity, going to the writing center, and are just so diligent developing their skills. It's sort of a dream for a teacher - what teachers want is student eager to learn and that's what we have."

In the Education department, each of the six graduates received an opportunity to pursue a graduate degree. Along with Guan and Huang, Tianyi Ma (Alyssa) will attend the University College of London; Yu Zheng (Hepburn) will study at the University of Glasgow; Chen Pan (PC) will stay in the south at the University of Birmingham; and Zhu Qianyu (Crystal) was offered two internship opportunities in Boston, with the plan to attend graduate school after her year at the internship is completed.

The 15 English program graduates are also looking at higher education, as well as some career opportunities: Li, Su and Zang are joined in furthering their education by Haoyu Zhou (Harry) will attend Boston College for his MFA in Film and Television Studies; Yingcai Chen (Sally) will attend Columbia University to pursue a M.A. in TESOL; Aijia Ge (Karen) will pursue a masters degree in literary studies from The Chinese University of Hong Kong. Four graduates - Zhiqin Ye (Emma), Lei Li (Ray), Xia Hua (Aimee) and Yuxin Jiang (Esther) - are preparing for tests and graduate studies back home in China, while two others are preparing for further testing: Haiteng Meng (Andy) is studying for the LSAT ahead of applying to American law schools, and Ruoyu Wanga (Lillian) is preparing for the International English Language Test before she begins her graduate studies in translation studies. And others are headed right into the workforce: Lina Wang (Aries) has accepted a teaching position in China, Hanhan Chen (Helen) accepted a position with Easymay Education, Inc. as a Marketing Associate and Jiajia Tao (Jane) will work as an editor in China for a year before pursuing her MFA in Creative Writing.

The program has not only proven successful for the 2019 students but for the universities as well. The program began just for early childhood education majors, then expanded to those majors and English majors, and including an interior design program for the third cohort, Brenau officials said. Williams said the current freshman cohort in China had about 25 students enrolled.

"You invest a lot and you get a lot back, both for the students and the faculty," Locey said.

The desire to learn doesn't end after class, Williams said that the students often ventured far outside the campus borders. "Usually whenever we have breaks, a lot of them will travel to different cities around the country. They've gone as far as New York, they go out to California, they go down to Miami. So they travel anywhere in the country whenever they have the time and resources to go and do that."

At graduation, cohort members were all smiles as they turned their tassels, preparing for the next step in their futures - whether it be continuing their studies or beginning a career.

"It is a lot of work, I think, but like many things in life, it's rewarding as well," said Locey. "We all committed to making it work. ... I just can't say enough about how proud we are of these graduates and how glad we were to be part of their journey to success."

Six arrested, two sought by FBI in North Georgia meth case
Six people have been arrested and officials are searching for two others in connection with a methamphetamine distribution network that sold large amounts of the drugs in Northeast Georgia, North Carolina and Florida. 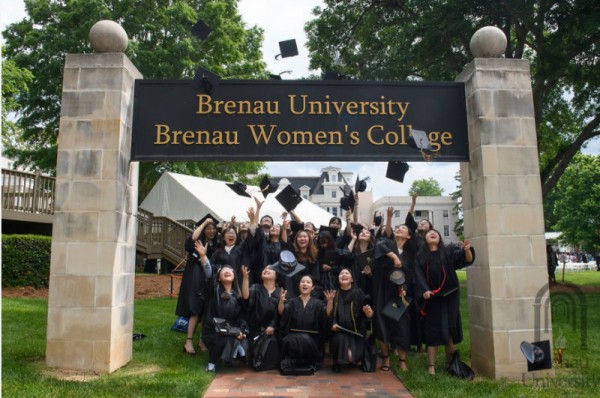 Brenau 2+2 Cohort graduates pursue prestigious graduate degrees, jobs
While many new graduates will continue their education with additional schooling, not many can say they left home to pursue higher education in another country - twice, and at prestigious universities like Johns Hopkins, Vanderbilt and Columbia. 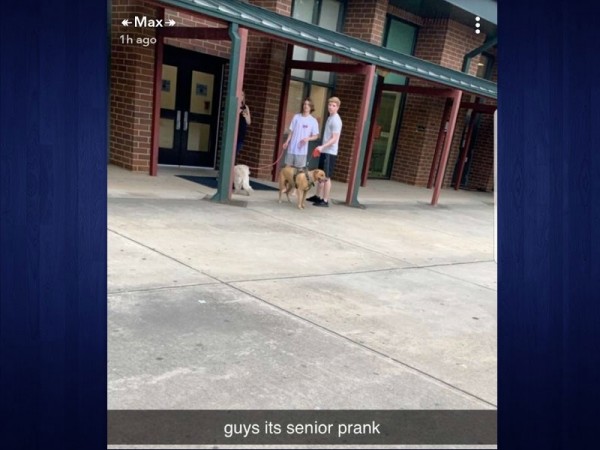 School board leaders agree to contract with construction company for East Forsyth High School
Forsyth County's newest high school to serve the northeast part of the county will be the most expensive project built so far in the county.
By Rebecca Hubbard 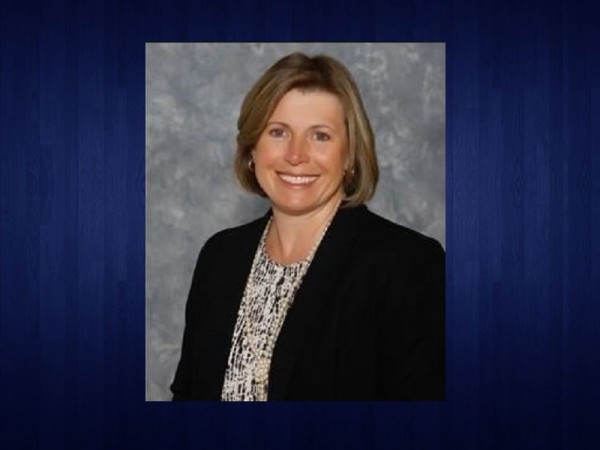