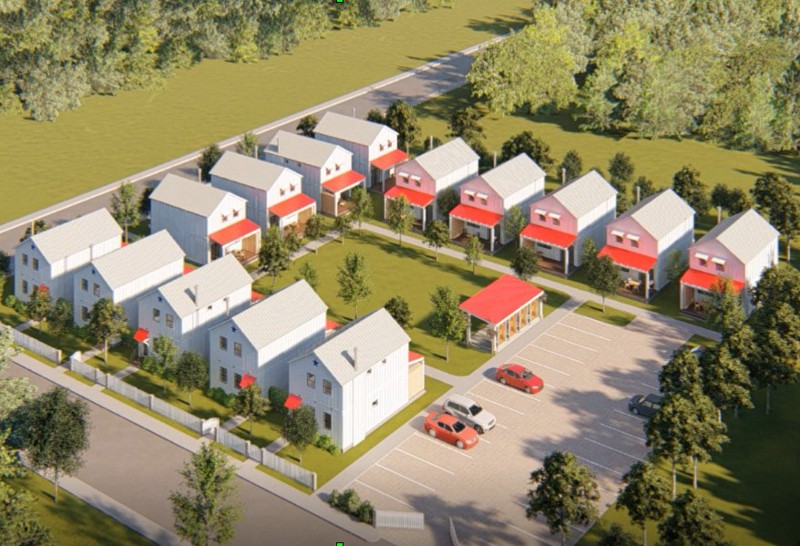 GAINESVILLE – Funding assistance for a fourteen townhome housing development and the expansion of a midtown business will be on the voting agenda when the Gainesville City meets next week.

A 1.12-acre site at the corner of Grove and High Streets is currently a vacant lot with a rusting, open-air parking shed in the rear corner.  If approved for TAD financing developer Frank Norton, Jr. will build Liberty Midland, featuring fourteen 2BR/2 ½ bath units that are projected to rent for $1500-$1600 per month.

The development, according to Norton’s application, has a projected total construction cost of $2,349,991, or roughly $168,000 per townhouse unit.

The second TAD request is by Wimberly Funeral Home.  Wimberly wants to demolish the old house next door to its current location on Summit Street and expand its existing facility onto that property and include a second chapel seating 169 people plus additional gathering space.

Wimberly says in its application it expects to spend $356,220 to complete the expansion.

Both projects are seeking Tax Allocation District (TAD) funding, something city leaders say has been a powerful means of attracting investment dollars in areas targeted for redevelopment.  According to the city’s website, “TADs serve as a powerful economic incentive to encourage development in projects that likely would not happen without the incentive.”

Developers are reimbursed for money spent up front on construction items that benefit the general community, such as site preparation, street lighting, water and sewer upgrades, underground power service, parking, landscaping and others amenities.

Applications have to be approved by the TAD Advisory Committee, a recommending body that has oversight of TAD projects.

TADs were established in 1985 by the Georgia General Assembly under the Georgia Redevelopment Powers Law.  The City of Gainesville has two TAD designated areas at present, the first created in 2006.

The initial funding source used in TAD projects comes from bond sales.  Those bonds are paid off by the greatly increased property values caused by the new developments and the higher property tax revenues they create in future years.

Assistant City Manager Angela Sheppard presented both TAD requests to the city council at its work session on Thursday.  The total funding being requested is $392,668.

Sheppard said of the Wimberly request, “They have acquired the property next to them…and would like to demo the house that’s there and expand their footprint…about 1500-square feet and some additional parking.”

Wimberly’s application was recommended by the TAD Advisory Committee for $19,396 in reimbursement, disbursed once the old house is demolished and parking sites are graded.

The funding recommendation for the Liberty Midland development is $373,272 and will be paid out over three years.  It reimburses the developer for site preparation, installation of street lights, perimeter fencing, providing underground water, sewer and electrical services, parking and landscaping.

“It’s going to be his Urban Farmhouse architecture,” Sheppard said of Frank Norton Jr’s site plans.  “You’ve probably seen some that he has done on Enota and Forrest.”

“It’ll have a central courtyard…and he’s doing a pervious parking lot,” Sheppard said of the bricks that will be used in the designated parking areas to facilitate better drainage.  “It’ll be a nice storm water feature.”

The city council takes up the requests Tuesday, 5:30 p.m. at the Public Safety Complex on Queen City Parkway. 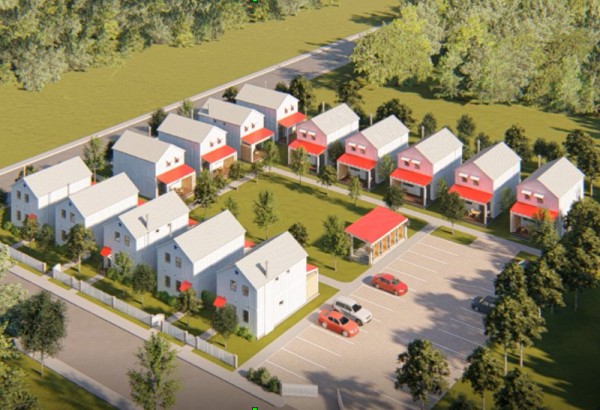 Gainesville to consider new Tax Allocation Districts applications
Funding assistance for a fourteen townhome housing development and the expansion of a midtown business will be on the voting agenda when the Gainesville City meets next week. 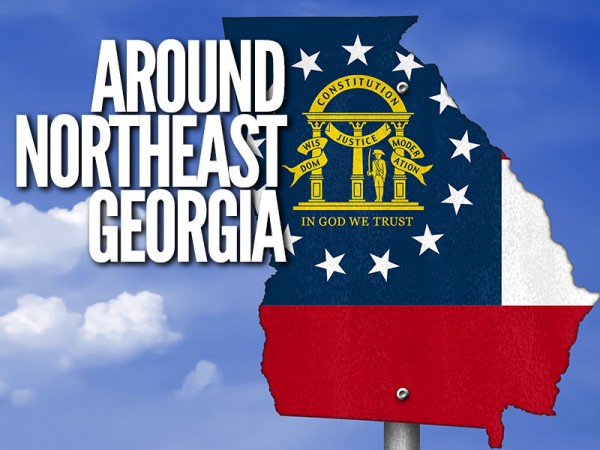 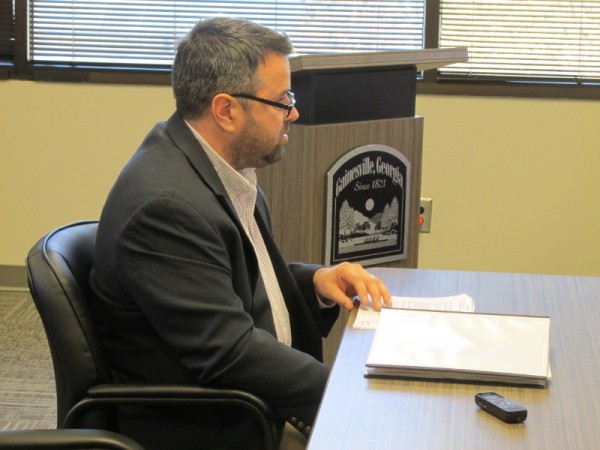 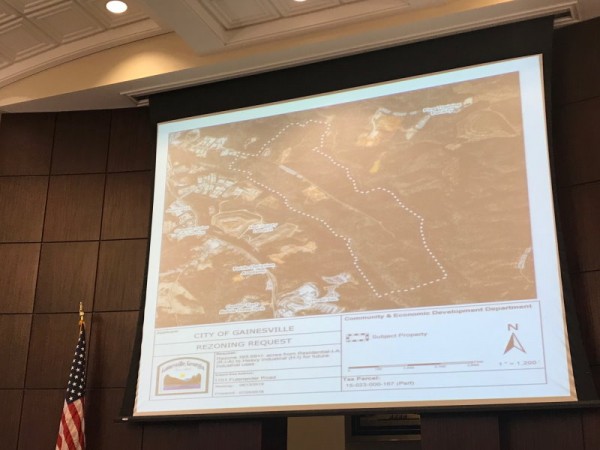 First phase of zoning for industrial park clears Gainesville planning board
The Gainesville Planning and Appeals Board unanimously recommended the rezoning of nearly 400 acres of land on Fullenwider Road from residential to heavy industrial Tuesday evening.
By Caleb Hutchins

Hall County to vote on agreement for Gainesville recycling
An agreement that would see Hall County take on the city of Gainesville's recyclable waste will be on the county commission's consent agenda Thursday.
By Caleb Hutchins
Privacy | User Agreement | Contact | Advertise With Us
2022 © Jacobs Media Corporation. All rights reserved. EEO Report. Website by Full Media
Login / My Access
close
Search