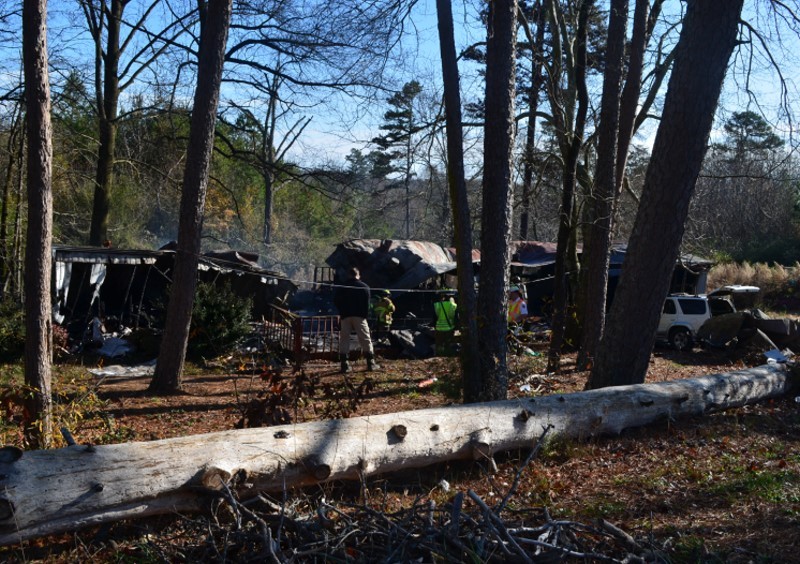 Investigators search the rubble of a mobile home that burned on Sunday, claiming the life of a man and his 9-year-old son. (Photo: State Safety Fire Commissioner's Office)
Contact Editor

The bodies of a father and son killed in a mobile home fire in North Hall County on Sunday morning have been taken to the GBI Crime Lab for autopsy, but state investigators said there's no sign of any foul play related to the fire.

"The cause and origin of this extremely tragic event are still under investigation," said Safety Fire Commissioner John King in a press statement released Tuesday morning.

King said there were smoke alarms in the home on Smallwood Drive, but at this point in the investigation, it is unclear if they were working properly when the fire started.

"The double-wide mobile home was around 40 years old and 1,400 square feet in size. It was completely destroyed by the blaze," King said.

Hall County Fire Services Division Chief Zachary Brackett said Monday because of the level of destruction caused by the fire, it would take some time to pinpoint a cause.

King said this year alone, fires have claimed the lives of 85 people in Georgia.