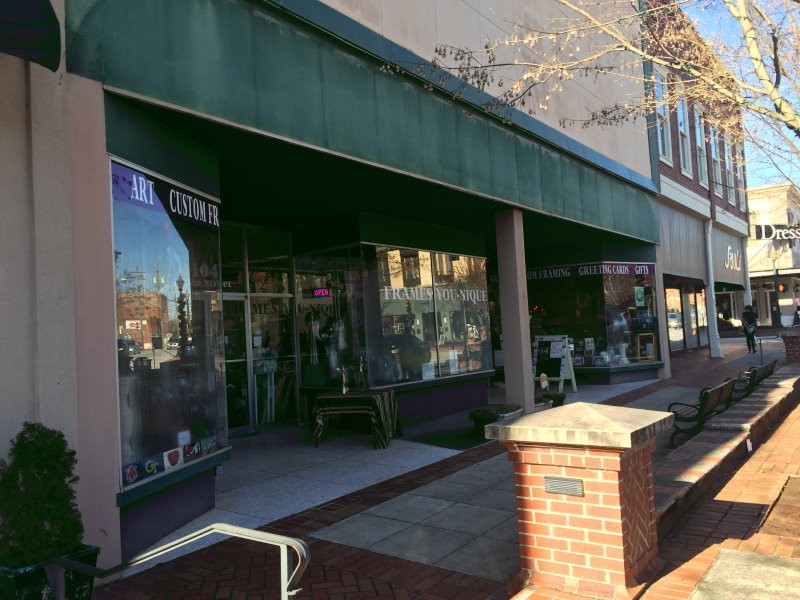 GAINESVILLE - After 31 years, a favorite shop on the Gainesville Square will close its doors permanently.

"I need to have a knee, a hip and maybe an ankle replaced," said Griffin. "I'm 68 years old, and it's just time for the next chapter... I'm sure I'll be involved in the local community in some way shape or form."

Griffin came to Gainesville in 1973 as a manager for McDonald's after he completed his service in the United States Marine Corps, which included a tour in Vietnam. He moved on to managing an Eckerd's drug store while taking business classes at what was then Gainesville College. His love of art and working with his hands led him to the framing business.

"My wife at the time, her dad owned Raglan's. She was working for him as a framer and then we decided we wanted to do it ourselves. We ended up buying Frames You-nique and ended up competing with her dad for about a year before he closed," Griffin said. "From there, it just mushroomed."

Frames You-nique began as just a framing shop but expanded throughout the years to include gifts, collegiate and sports merchandise, souvenirs and locally-authored books.

Frames You-nique will remain open seven days a week, except Christmas Day, until December 31. Hours are 9 a.m. to 7 p.m. Monday through Friday, 10 a.m. to 6 p.m. Saturday and noon to 6 p.m. on Sunday. Griffin is unable to take any new custom framing orders due to the upcoming closing.