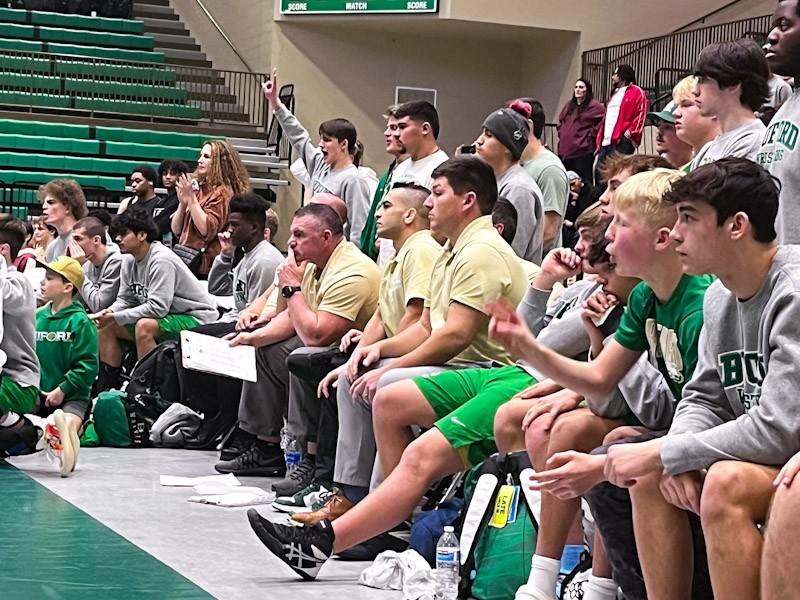 They were at home and holding a 22-15 lead with five matches left. But the Wildcats proved why they are the reigning dynasty in the state.

Camden County won all five matches down the stretch, three by pin, to pull away for a 39-22 victory at The Buford Arena Saturday to capture their seventh straight 7A crown.

“All four of those last matches were toss-ups and I thought we could get at least one or two. We didn’t win any of them and that was probably the difference,” a disappointed Buford coach Tom Beuglas said. “We expected to get to the finals so that was good. I thought we would have given them a better match.”

The Wolves came into the season as the two-time Class 6A state champs but moved up to Class 7A with reclassification setting up the potential blockbuster matchup.

Both teams stormed through the first two rounds. Buford whipped Brookwood 68-6 in the opening round, winning the final 11 matches, nine by pin, to move into the semi finals against West Forsyth. The Wolves then dispatched the Wolverines, 58-15, despite losing the opening match. They followed with nine straight wins, 6 by pin, to move into the finals.

Meanwhile, Camden routed North Gwinnett, 74-3, to open the tournament. The Wildcats then held off another Gwinnett County team, Mill Creek, 42-24, to set up the dream finals.

In the finals, Buford's Maddox MacArthur opened the match with a thrilling 3-2 win over Anthony Santos at 132-pounds but the Wildcats tied the match at 138 when Buford’s Hudson Danielson dropped a 9-4 decision to Waylon Rozier.

The Wolves then got going in the middle weights. Drew Gorman pinned Brandon Russelburg at 144, Gavin Pope decisioned Gavin Daniels at 150, and JT McCullough took a slim 2-0 upset win over Ryan Banister to push Buford’s lead to 15-3

But the Wildcats began their march back. Konlin Weaver pinned the Wolves’ Kanon Nelson at 165 and Ryan Wilder pinned Grayson Santee at 175 to tie the match.

But the Wolves could not hold it.

Jesse Batten pinned Devin Forrester at 285 and DJ Clarke lost to Bradley Patterson 8-3 at 106, which would give the Wildcats the lead for good at 24-22. Buford had a solid chance to retake the lead with two-time state champion Rylan Ibold at 113. But he was upset in a stunning pin by Camden’s Brandon Higgins to push the lead to 30-22.

Buford was still very much alive for the win with two matches left but Ty Gentry fell to Hunter Prosen in a 9-4 decision to clinch the match for the Wildcats.

"We didn't know that their lightweights were as good as they are and that was a big factor,” Beuglas said. “We didn't win the toss so we weren’t able to get some of the matchups that we wanted. But that’s the way it goes sometimes.

“I guess we’re not quite up to their level yet but we’ll get back to work next week for the Traditionals and see if we can improve.”

NOTEBOOK: Gavin Pope went 3-0 on the day with two pins and a Technical fall win. ... McArthur also went 3-0 on the day for Buford with two pins and a Major Fall victory. ...  Gorman, McCloskey, and Riner all went 3-0 with two pins. ... Nelson went 2-1 with a pin and Major Fall victory. ... Buford coach Beuglas is still the last coach to beat Camden County in the finals. Beuglas knocked off the Wildcats in the 2014 Class 6A finals (the largest classification at the time) in his final season at Archer before taking over at Buford. 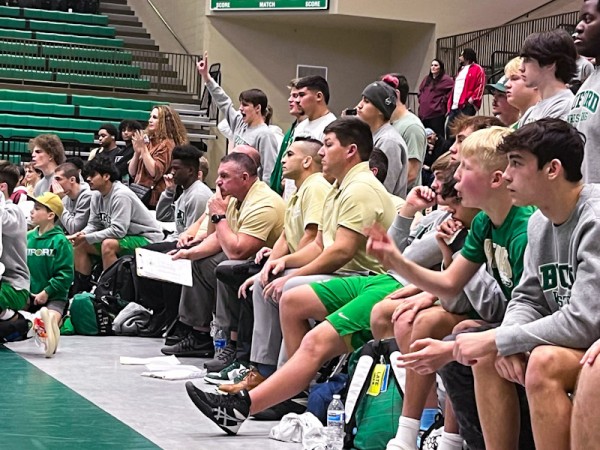 Dogs' rally fall short in home loss to Vandy
Georgia came up just shy of a win during its comeback attempt against Vanderbilt, losing 85-82 before a sellout crowd of 10,523 inside Stegeman Coliseum Saturday afternoon...
Sports 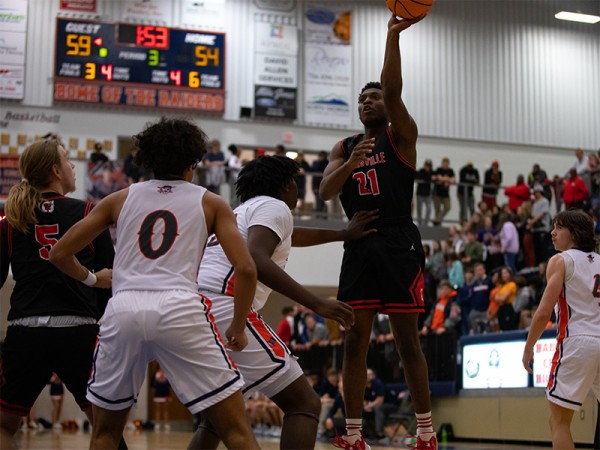 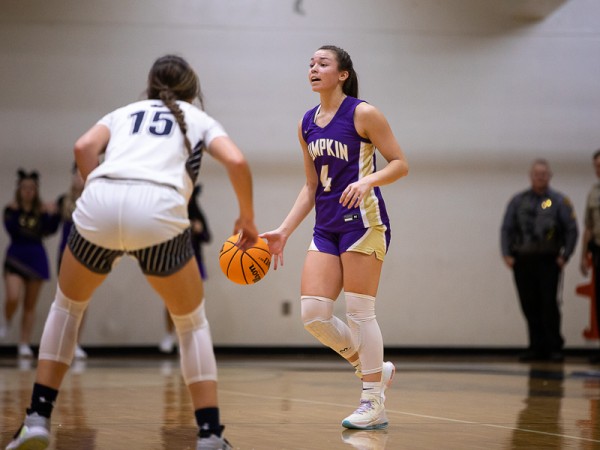 Basketball: Trio of monster girls matchups could set region tone down the stretch
While it is still the regular season, several key matchups on Friday could help determine how the upcoming region tournaments could go, especially on the girls side... 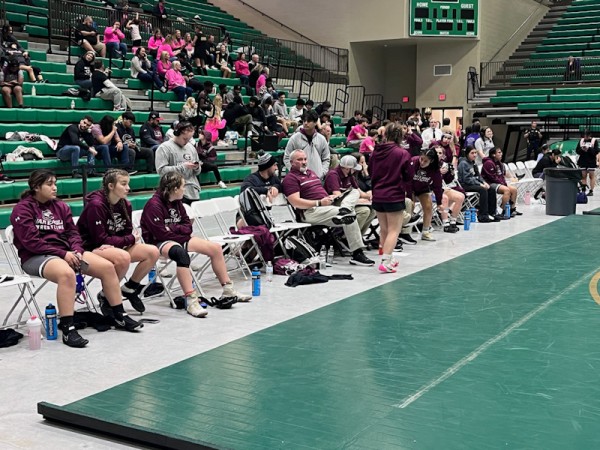 State wrestling: Chestatee girls lose heartbreaker to Carrollton in semis
The Chestatee girls bid to win their second GHSA Duals Championship on Friday came to a gut-wrenching end at The Buford Arena...
By Jeff Hart 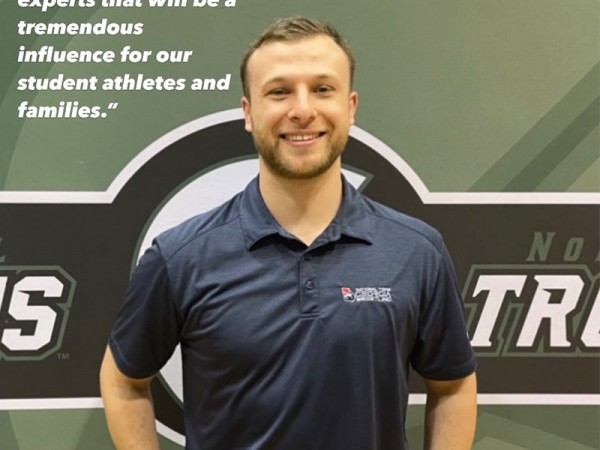 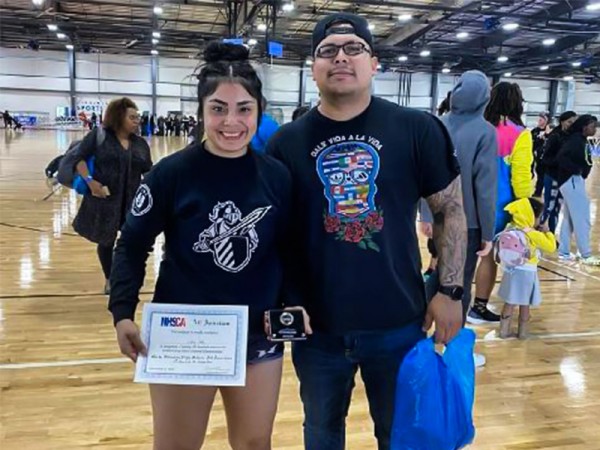