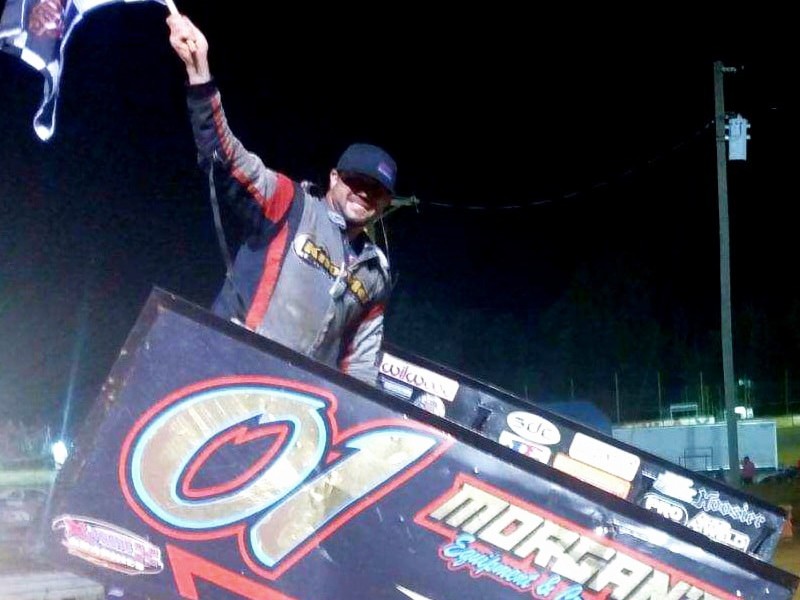 Morgan, who hails from Gulfport, Mississippi, took the lead from pole sitter Brandon Blenden off turn four on the opening lap of the event.

Blenden chased Morgan from two to three car lengths back the entire distance, but had to settle for the runner-up spot.

Terry Gray followed in third, with Ryan Harrison in fourth, and Butch David in fifth.

Morgan and Blendon won their respective heat races, with Bladen also taking the win in the speed dash.

The USCS Sprint Cars were slated to compete at ECM Speedway on Saturday and Talladega Short Track on Sunday, but both event were cancelled due to wet weather.

Up next for the USCS Sprint Cars is a trip to Travelers Rest Speedway in Travelers Rest, South Carolina on Friday, September 9. For more info, visit USCSRacing.com.