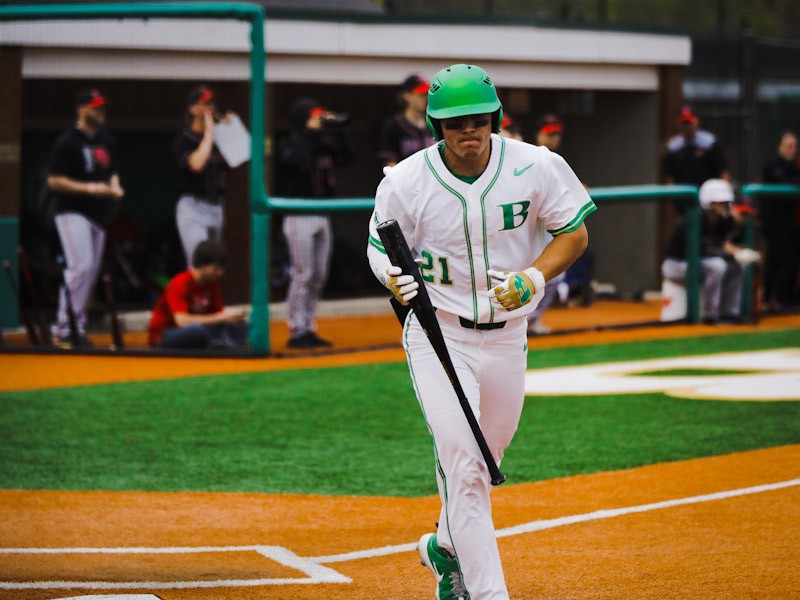 Buford's Parker Walsh will help lead the Wolves against No. 1 and defending Class 6A state champion Houston County in the quarterfinals. (Photo/Seth Chapman) 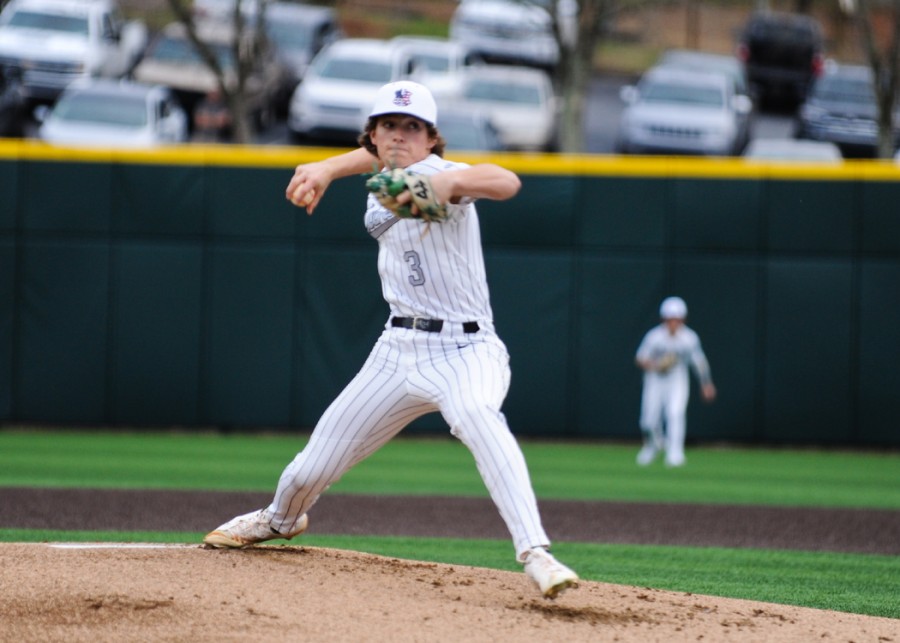 In what has been a tough playoff season so far, only three Northeast Georgia-area teams managed to survive into the quarterfinal round.

Buford in Class 6A, North Hall in Class 3A, and Commerce in Class A Public all will seek Final Four berths beginning Monday.

All three are region champs but only Commerce will be at home in the quarterfinals. The Tigers, the Region 8-A champs, will play host to Emanuel County Institute, the No. 4 seed out of Region 3, starting with a doubleheader on Tuesday.

Buford is still trying to adjust to the loss of senior Dylan Lesko, one of the nation’s top-rated players, who is out after undergoing Tommy John surgery late last month.

“Losing Dylan for the remainder of the season was a big blow to our team,” Buford coach Stuart Chester said. “You actually lose two arms because he generally will go the distance (in Game 1) and you don't have to use another pitcher. I think mentally it really hit our team. Our players look up to him so much. They have watched him do everything right on and off the field and when he hurt, so did his teammates.  Dylan is always present at practice and games and our guys lean on him a lot.”

However, the Wolves (26-7) have cruised through the first two rounds with impressive sweeps. The Bears (27-4) will be their toughest challenge of the season. Houston County has won 14 straight and outscored their first two opponents 45-8. The little things will be magnified for sure.

“This will be a great series. Houston County is a very good baseball team,” Chester said. “They hit through the lineup and have tremendous depth in arms on the mound. I think whoever executes and limits walks and errors will have an advantage. Our pitchers will have to be efficient, throw strikes, and keep their pitch count down.”

For North Hall, the Trojans (30-5) are coming off a very tough three-game series against Appling County. They survived two elimination games after dropping Game 1 in the second round. And they did it without Eli Reece being able to pitch much of the last month of the season.

Harlem (27-6) was ranked eighth at the end of the regular season and has swept its first two playoff rounds against Crisp County and Ringgold.

North Hall coach Trevor Flow is hoping his group will use the Appling series as a catalyst as they try to return to the semifinals and beyond.

“I think there is a motivating factor when you play a do-or-die game and come out on top. That in itself is a confidence boost,” Flow said. “We got through three games only using four pitchers, so our guys threw it well.  We also competed at the plate for the most part against some really good arms and that’s always a confidence builder. We didn't execute as well as we could have and left some runs out there, which we cannot do moving forward.”

The Trojans have been a solid road team going 11-2 away from Cottrell Field, with their two losses against higher classification and ranked teams North Oconee and North Forsyth. But like Buford, the little things will matter.

“We will have to play sound defense. (Harlem is) very well-coached and they will do the little things to move runners. We have to control that and take-outs where they are given. Harlem runs the bases well and their pitchers throw strikes. We have to make adjustments at the plate to be successful. They have a very good player in [shortstop and Clemson-commit] Tryston McCaddie, who is their catalyst on offense. We have to control him on the offensive side and on the bases.”

For Commerce, the Tigers are in the exact spot they have been in over the last two playoffs (the 2020 playoffs were canceled). They are hoping for a better outcome against ECI after losing to the Bulldogs (18-10) in the 2018 playoffs. They also are looking for their first semifinal appearance since 1996, the senior season of current head coach Steve Cotrell.

The Tigers (24-11) took out No. 4 Irwin County last week in three games and Cotrell feels his team should be able to feed off that series win.

“The main goal this time of year is to take everything one game at a time and not get caught up with seedings and hearsay. The key is for us to throw strikes and stay locked in. ECI will have good players around the horn and we will have to make quality pitches to their hitters.

“We feel pretty good about our team and how deep we are on the bench. It is going to take us all being on the same page and continuing to do what we can do and control. It should be a fun series.”

3rd ROUND BASEBALL PLAYOFF SCHEDULE
(All series are best-of-3 at home of higher seed)
(Game 3s start at 5:55 p.m. unless otherwise noted)