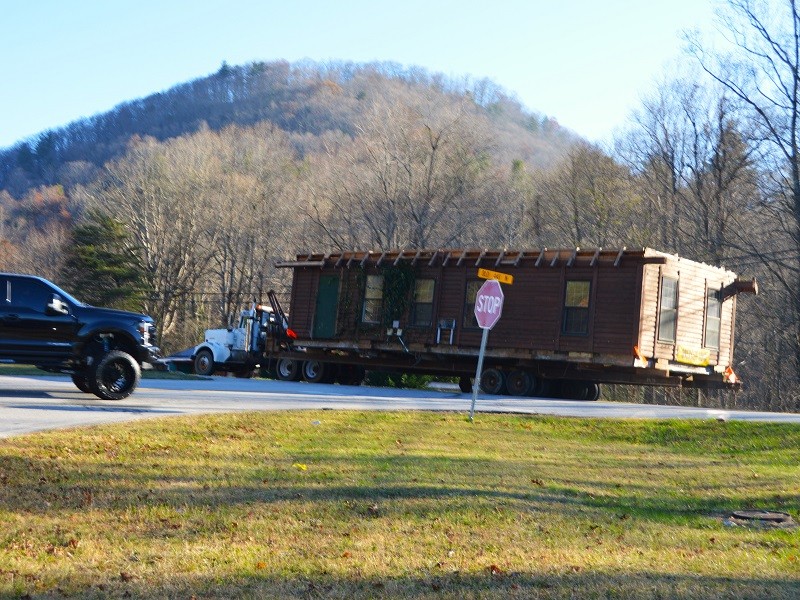 The cabin that formerly housed The Rebel Shop in Clayton makes its way north on U.S. 441 toward Mountain City.
Rob Moore 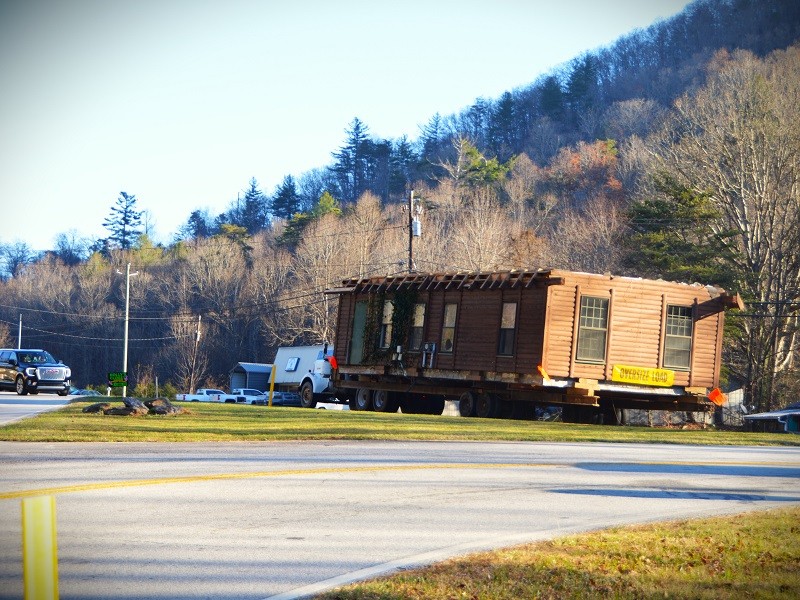 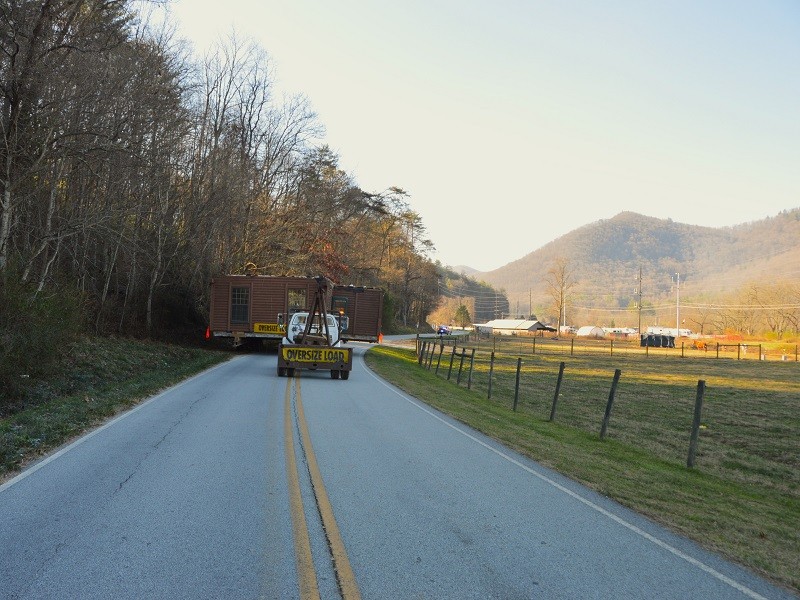 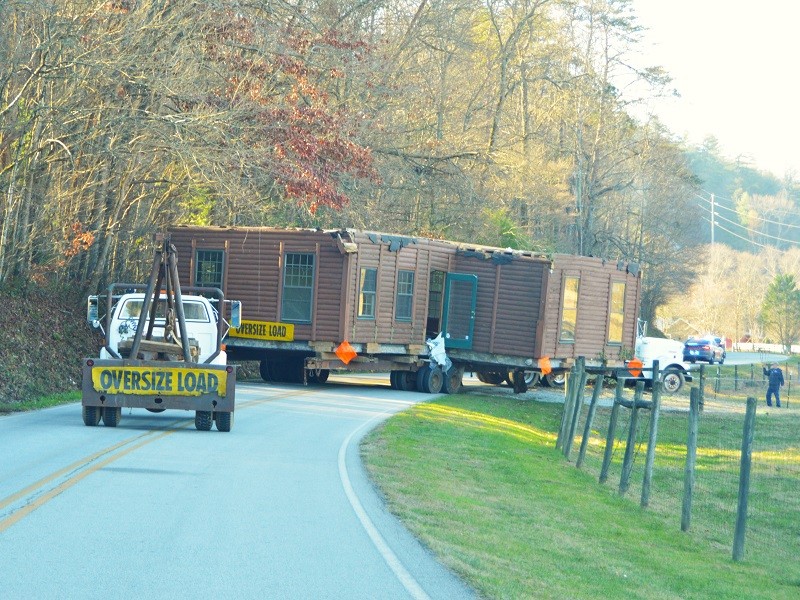 In a society where many things are disposable, one Rabun County man has saved a local building from demolition.

Sam Rumsey saved the cabin that formerly housed The Rebel Shop in Clayton when the property was sold to house new businesses.

After removing the upper part of the building, Rumsey received the necessary permits to move the cabin to his farm on York House Road in Mountain City.

“I've always tried to do a lot of different things,” Rumsey said. “I've built houses, I've built spec houses, flipped houses, own a campground. And when I saw this building down there, and they were gonna have to move it, I talked to the owner and we worked out a deal that I could put it up here on the farm, and make a rental out of it, or friends or whatever, and just making an addition to my campground. It's got a beautiful view up here, and we're just looking forward to getting it looking good and excited about it.”

Crews from Looper’s House Movers of Gainesville made quick work of the highway portion of the move from Clayton to the Rabun Gap Post Office, where it turned right and then right again onto York House Road.

The structure was pulled onto Rumsey’s property within an hour of leaving the site in Clayton.

Being able to preserve a building that is well known and still usable means a lot to Rumsey.

“A lot of people thanked me for it,” Rumsey said. “I'm from here. I've been here for 58 years. And so I've seen a lot of buildings, a lot of buildings tore down and all, and I've never moved a building but like the adventure, so I'm enjoying doing it and can't wait for it to finish up and look good and be in addition to the county.”