Football: LCA hoping to elevate the program in GAPPS semifinals 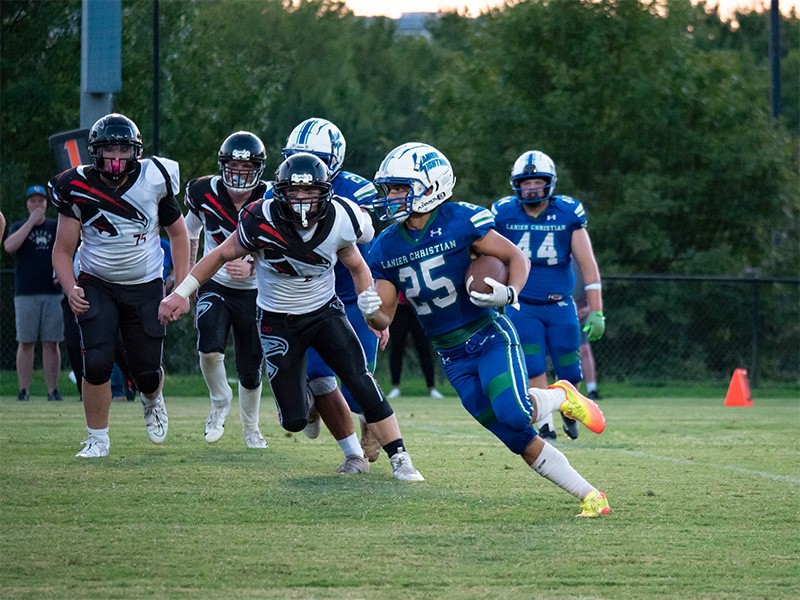 The varying degrees of program success is stark for some.

Long-time established programs Buford and Gainesville are looking to add to an impressive resume of playoff success. The Wolves have won 14 state titles, including the last three covering two classifications. Gainesville is looking for its first state title since 2012 but has made the playoffs 22 of the last 23 seasons with five semifinal appearances, two championship games, and one title since 2002.

And then there’s Lanier Christian Academy. The small private school itself is just seven years old and the football program has bounced back-and-forth from 11-man to 8-man and now back to 11-man over the past four seasons.

But the Lightning have a chance to put the program on what they hope will be somewhat of equal footing among the area’s other private schools. They will travel to Woodstock on Friday to take on Cherokee Christian in the GAPPS 11-man league semifinals with a state championship game berth on the line.

Second-year LCA coach Bruce Miller, who led Gainesville to that 2012 championship, stopped short of saying it was a must-win for the young program, but...

“We feel good about where we have things (as a program) right now, no matter what happens,” Miller said. “I wouldn’t say it’s a must-win but it would be a big feather in our hat if we can get to the title game. I feel like we’re good enough to win it all.”

The Lightning (7-3) dropped their season finale to the Warriors (9-2) two weeks ago, 21-7, in perhaps their sloppiest game of the season. Miller said they are relishing a second bite at the apple.

“We did not play well,” he said. “We gave up four big pass plays on defense. We turned the ball over, we didn’t block very well. We definitely can play a lot better than we did that night. We're excited about this opportunity.”

The good news is that LCA still leads GAPPS in scoring (45.3 points/game). Lightning freshman quarterback CJ Britt is averaging 175 yards/game passing with 26 TDs and just 4 INTs on the season. Sophomore running back Zeke Clanton surpassed the 1,000-yard mark in last week’s 38-10 over Creekside Christian in the first round and leads a rushing attack that is averaging over 150 yards/game.

The not-so-good news is that the Lightning are 0-4 all-time against the other three semifinalists. They lost to Skipstone Academy in the 2019 11-man playoffs and have dropped two regular season games to King’s Academy. Those two teams play in the other semifinal.

“All of those teams are well-coached,” Miller said. “But we had chances in the two games we lost (to King’s Academy and Cherokee Christian) this year to win both games. We need more sustained drives. Our ground game has been sporadic in the bigger games, that will need to improve. We can’t turn the ball over.

“The defense has played well all season except for that one game [a 52-44 loss to Calvary Christian] so if we can keep from hurting ourselves I like our chances.”

Again, Miller is not saying Friday’s showdown is a must-win. But it certainly has to be the biggest game in program history...for now.

“Just to be able to play for a title would be huge,” he said. “But if we can win this one, obviously we would want to win the whole thing. Right now, we’re just worrying about how we can play better against Cherokee and win this one.

“But we want this for the seniors. They stuck with the program with all the changes so that would be the best part. But I think we also want to show that the program is on an upward trajectory. That has been our goal all along.” 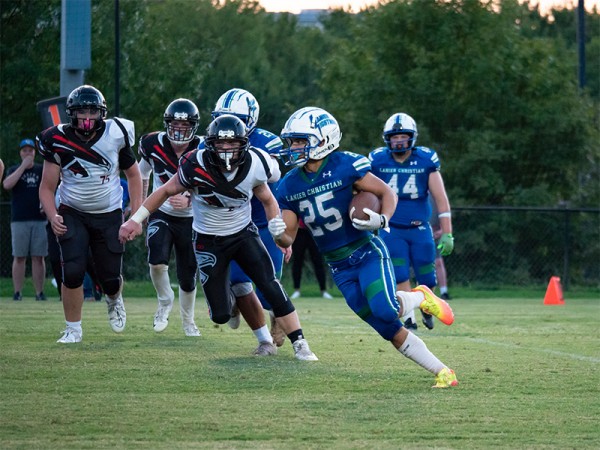 Football: LCA hoping to elevate the program in GAPPS semifinals
Lanier Christian Academy will travel to Woodstock on Friday to take on Cherokee Christian in the GAPPS 11-man league semifinals with a state championship game berth on the line... 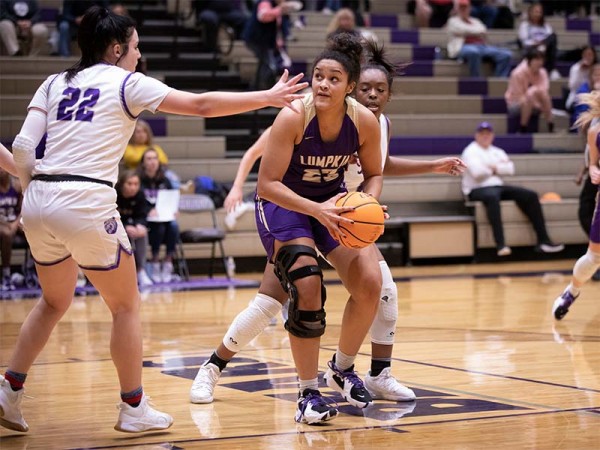 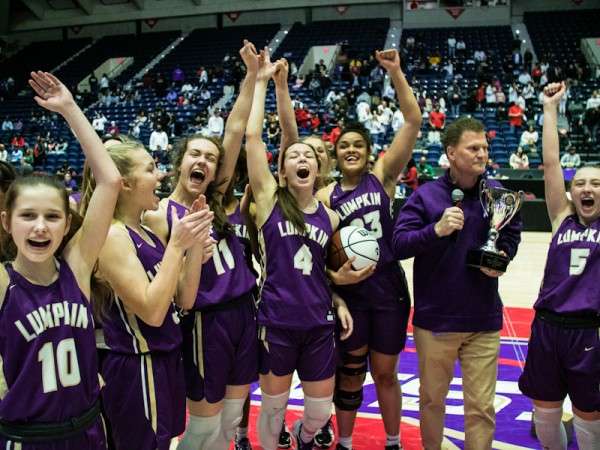 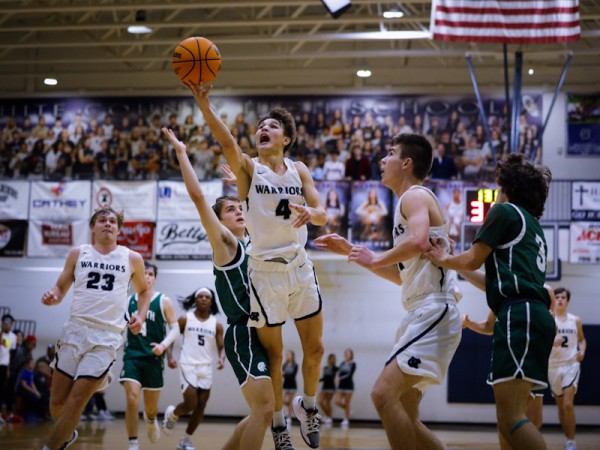 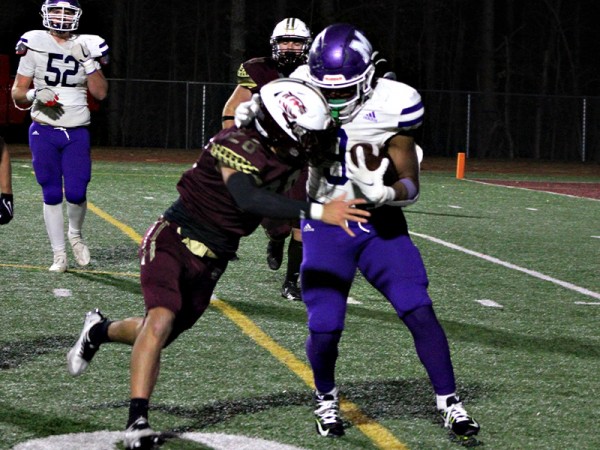 Football playoffs: Monroe Area upsets No. 1 seed Dawson, 35-14
Monroe Area proved it was worthy of a top seed in the Class 3A playoffs.
By AccessWDUN Staff 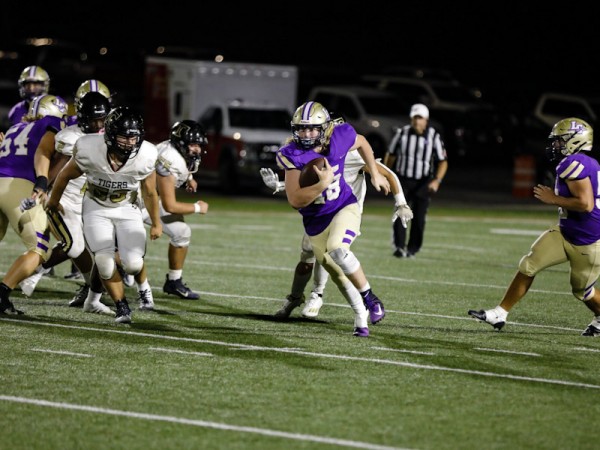 1st round playoffs: Indians knocked out by powerhouse Oconee Co.
First-year Lumpkin County coach Heath Webb has insisted from the beginning that his Indians are just beginning their building process...
By Jeff Hart 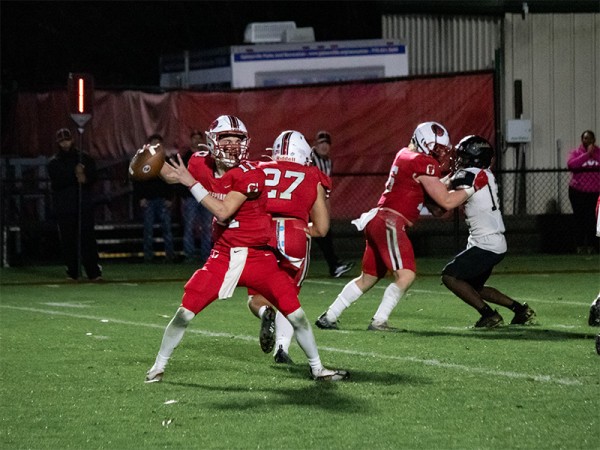 Football playoffs: Big Red routs Sprayberry, gets 1st playoff win since 2015
For the most part, it was exactly the kind of playoff game Gainesville had been waiting for for seven years...
By Jeff Hart
Privacy | User Agreement | Contact | Advertise With Us
2022 © Jacobs Media Corporation. All rights reserved. EEO Report. Website by Full Media
Login / My Access
close
Search