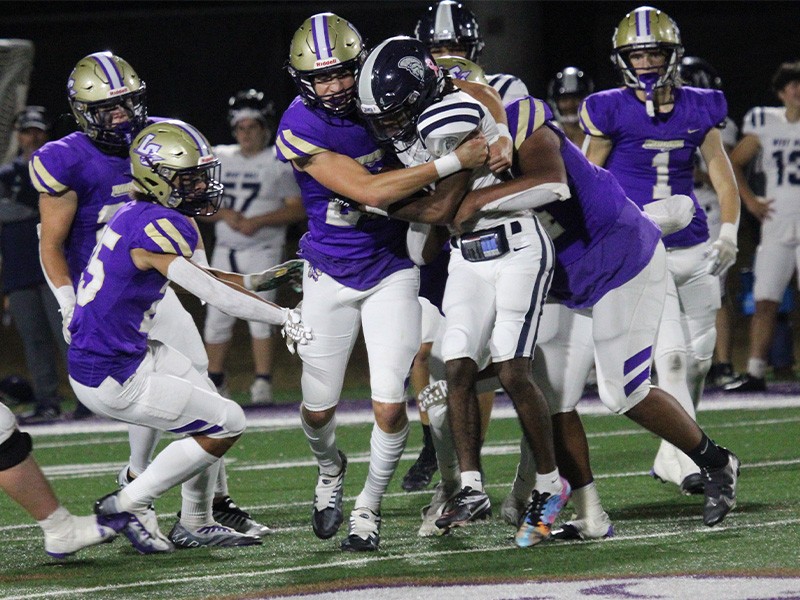 Lumpkin finished the regular season 8-2, matching the most wins in program history for the third time overall and the first since the 1970s.

Mason Sullens got the Indians on the board in the first quarter with a 3-yard touchdown run before Cooper Scott matched it later in the quarter to take a 14-0 lead. West Hall answered with a flea flicker from Andrew Malin to Ethan Clifford for 33 yards to cut the lead in half early in the second quarter, but Lumpkin County responded with a 5-yard touchdown from Sullens and a 32-yard pass from Scott to Cal Faulkner to take a 28-7 lead into halftime.

Faulkner and Scott hooked up again in the second half for a 16-yard touchdown to put the game away, but the Indians scored three more times, including a Tavion Lawrence pick-six and a 51-yard rumble by Gerald Walker to highlight the second half and the Senior Night win.

The Indians, with a Pickens win over Wesleyan, will now host the opening round of the 3A state playoffs against an opponent to be determined Saturday morning after coin flips out of Region 8-3A.