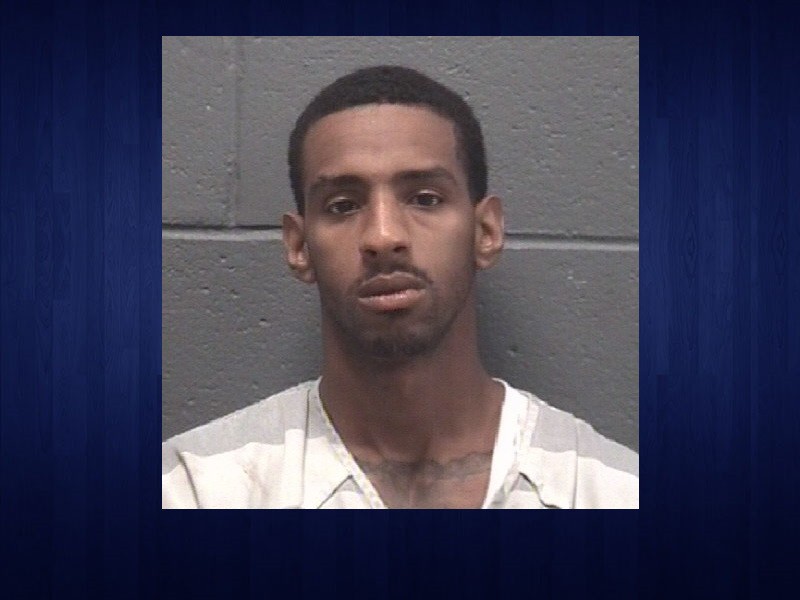 A Forsyth County forgery suspect was arrested Tuesday after he attempted to evade police in both a vehicle and foot chase.

According to a press release from the Sheriff's Office, deputies were first dispatched to a business on Georgia 400 and Hubbard Town Road at 11:05 a.m. regarding a suspected forgery.

Deputies were notified that a man, identified as Edward Belle of Alabama, was allegedly trying to use a stolen credit card to purchase $12,000 of landscape equipment from the business.

Belle fled the parking lot in a Dodge Ram after he noticed law enforcement arriving at the scene. Belle was allegedly driving erratically and almost struck a patrol vehicle as he fled from the business.

Belle drove onto GA 400 southbound, where he struck a vehicle near the Settingdown Road intersection. The driver of the other vehicle was not injured, however, the vehicle that Belle was driving now had a flat tire.

A deputy was able to deploy a tire deflation device that flattened a second tire on Belle's vehicle. He continued driving south on GA 400 with two flat tires, eventually losing control of the vehicle at Browns Bridge Road.

The release states Belle lost control of the truck, rolled over, and hit two vehicles at the traffic light. A driver of one of the vehicles complained of an injury.

At this point, Belle allegedly fled the crash scene on foot, running into the woods near Browns Bridge Church. He was eventually arrested after a search by over a dozen Deputy Sheriff's, Sheriff's Drone Unit and an FCSO K9 unit.

Belle is being held in the Forsyth County Jail. He faces the following charges: Identity Theft, Forgery in The First Degree, Criminal Attempt to Commit a Felony, Criminal Attempt to Commit A Theft, Reckless Driving, Failure to Maintain Lane, Disregard for Traffic Control Device, Felony Fleeing and Attempting to Elude, Failure to use Seatbelt, Improper Erratic Lane Change, Driving in a Gore or Median, Tire Requirements, Three counts of Hit and Run, Party to a Crime, and Obstruction of a Law Enforcement Officer.

Belle had an active arrest warrant for Failure to Appear for Robbery out of Alabama prior to this incident.

The incident remains under investigation by the Forsyth County Sheriff's Office.