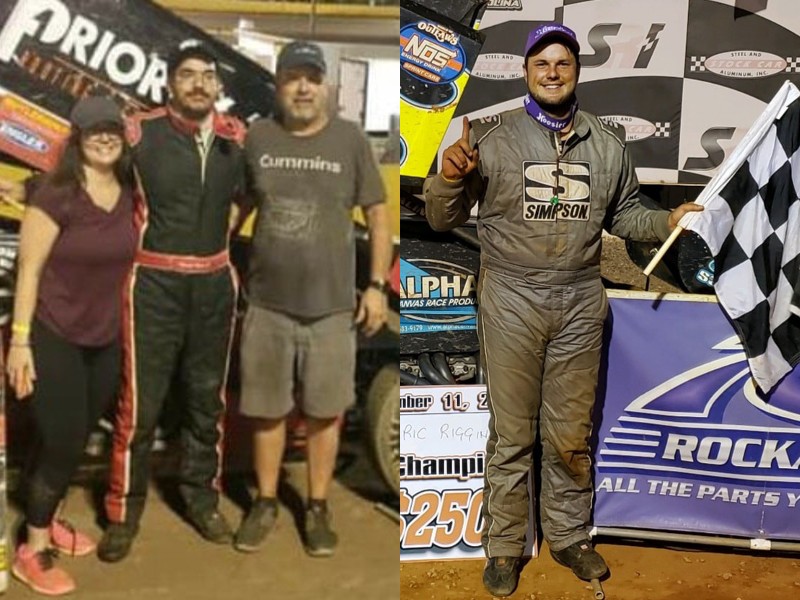 Riggins, Jr., Ruel, Jr. and Barger won their respective heat races. Ruel, Jr. was the winner in the speed dash.

On Saturday night, Eric Riggins, Jr. got the win at Cherokee Speedway after race-ling leader Mark Smith suffered an engine failure near the finish line.

Riggins got to the finish line two car lengths ahead of Smith, who was able to coast across in second.