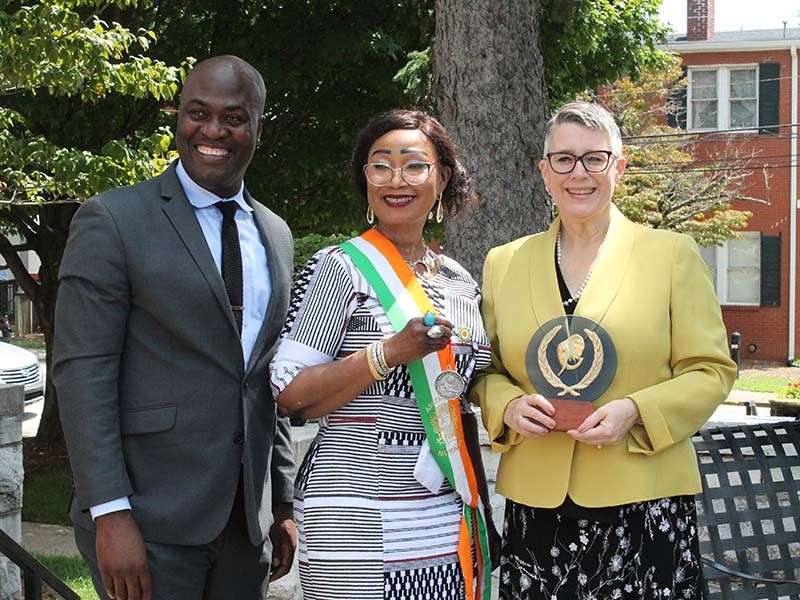 Gnimbin Ouattara (left), associate professor of History and International Studies at Brenau University and President Anne Skleder (right) pose with the Honorable Doctor Euphrasie N'Guessan (middle), member of Parliament of the Ivory Coast. Outtara served as a translator between the two women and arranged their meeting. (Photo: Lauren Hunter) 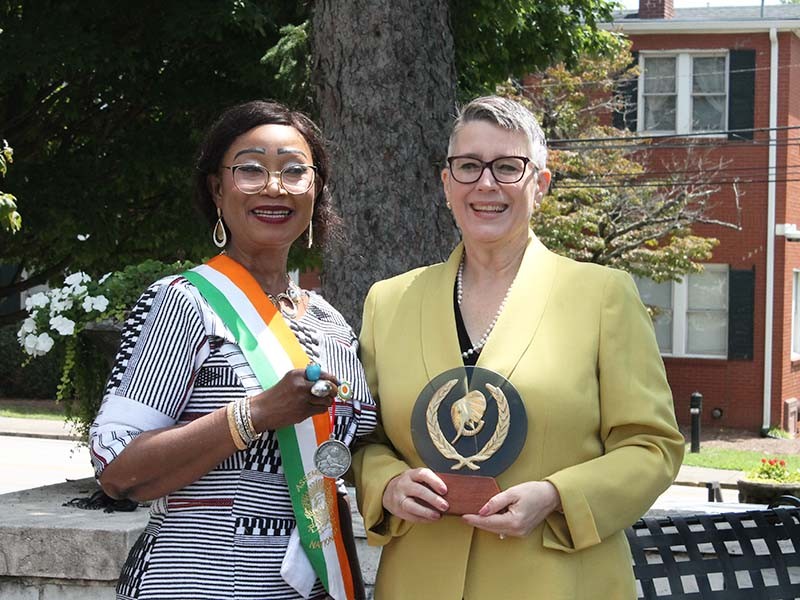 The Honorable Dr. Euphrasie N'guessan was recently elected as a member of Parliament of the Ivory Coast, or Côte d'Ivoire. She is also a pharmacist and business woman.

She met with students, faculty and staff, and Brenau University President Anne Skleder, who is the university's first female president.

As the Ivory Coast is a French Colony, the Honorable N'guessan spoke in French through a translator, Gnimbin Ouattara, associate professor of history and international studies and an Ivory Coast native. Ouattara requested a female Member of Parliament to visit Brenau, meet his students and inspire the women studying at the college.

"She says, it's with great emotion and great respect that she has visited this university, and has learned since Ivory Coast that this university was dedicating itself to the promotion of gender equality and female empowerment," Ouattara translated to AccessWDUN during an interview. "Because, in Africa... she is the executive secretary in charge of women and gender equality. So coming here is, for her, an honor to find a sister university, that does just that."

The Ivory Coast just recently passed a law to institute a female candidate quota for all political parties, which has helped many women get elected there, according to Ouattara. He wanted to celebrate the progress in female leadership during the first week of classes.

Ouattara translated that "when she arrived, the student population that she saw, she saw a future, a bright future. That's why she encouraged them to not just be excellent in their studies, but to get involved in politics, because the woman is the foundation of the family. And when you are excellent in your studies and excellent in politics, you have a better chance to have a vision for the community in which you live."

The honorable N'guessan concluded speaking with AccessWDUN by calling on students to take "concrete action" and give back to their communities this school year.

Skleder and the honorable N'guessan also met to exchange words and gifts, and briefly discussed the idea of some type of partnership between Brenau and the Ivory Coast to continue educating and empowering women, together. 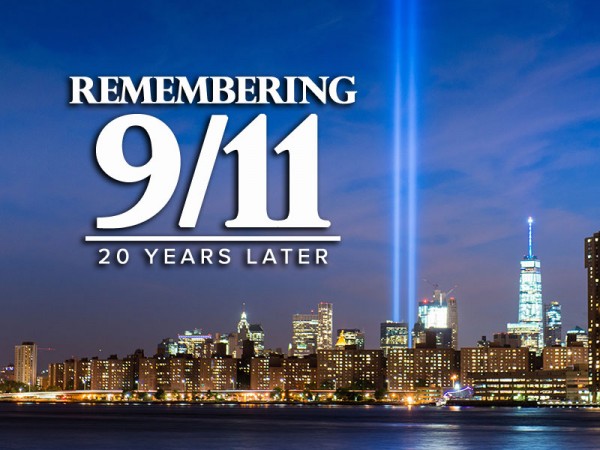 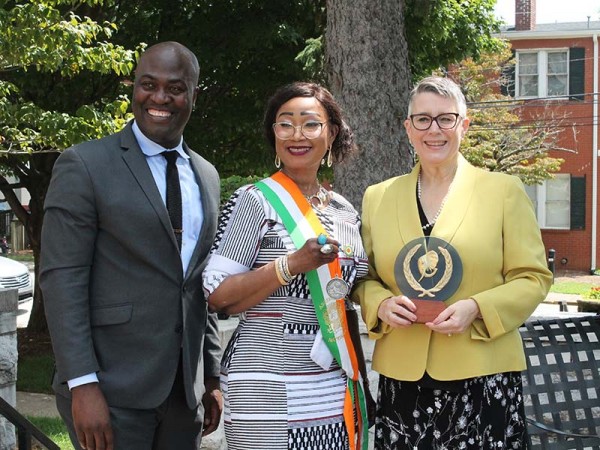 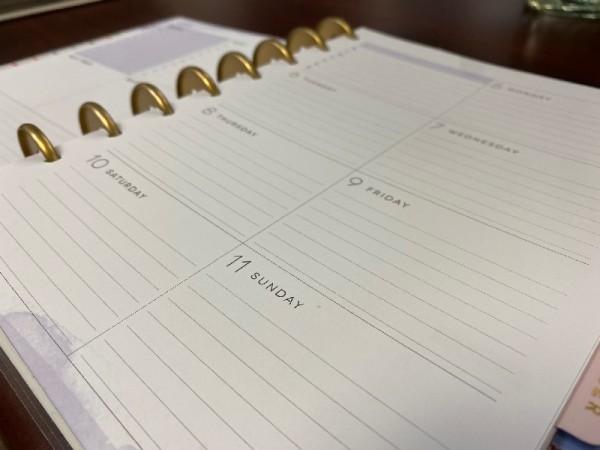 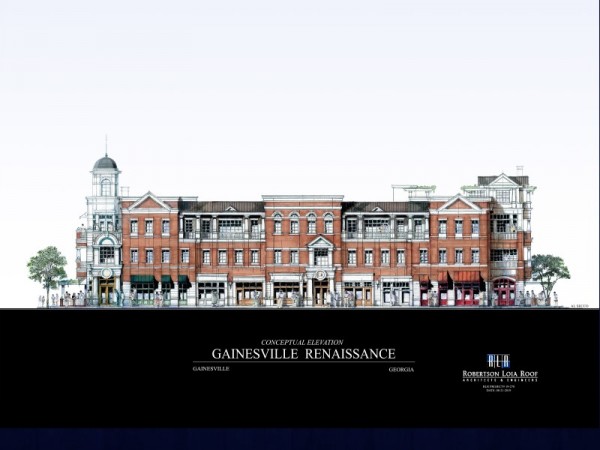 Ivester: Renaissance will have Olympics features, public gallery
Gainesville native and former Coca Cola CEO Doug Ivester is developing the Renaissance project in downtown Gainesville, and as "a happy coincidence," it's in the same place as the stage where he lit the torch in the 1996 Olympics.
By Alyson Shields 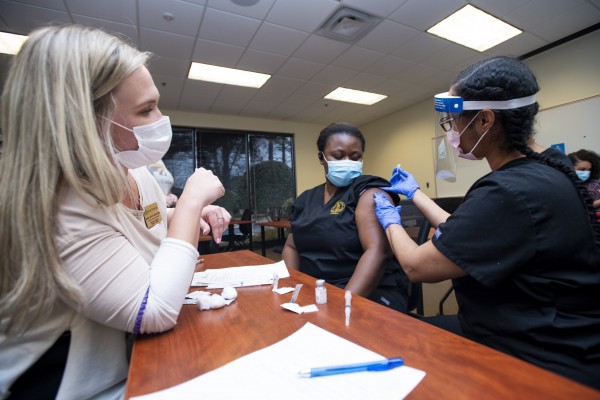 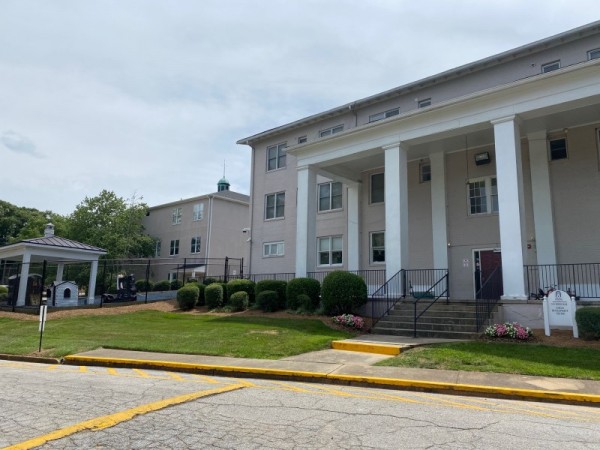