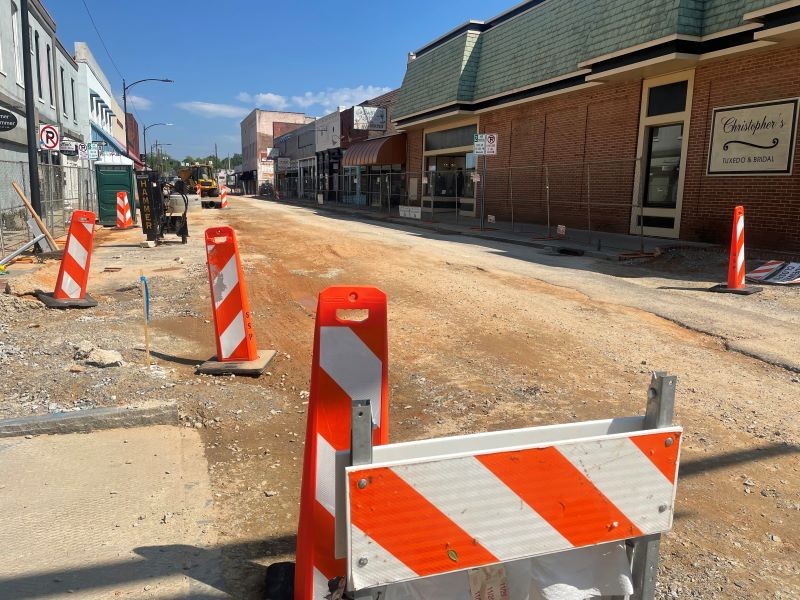 The streets leading to the Gainesville Square are either blocked or have limited access.
Tara Brolley 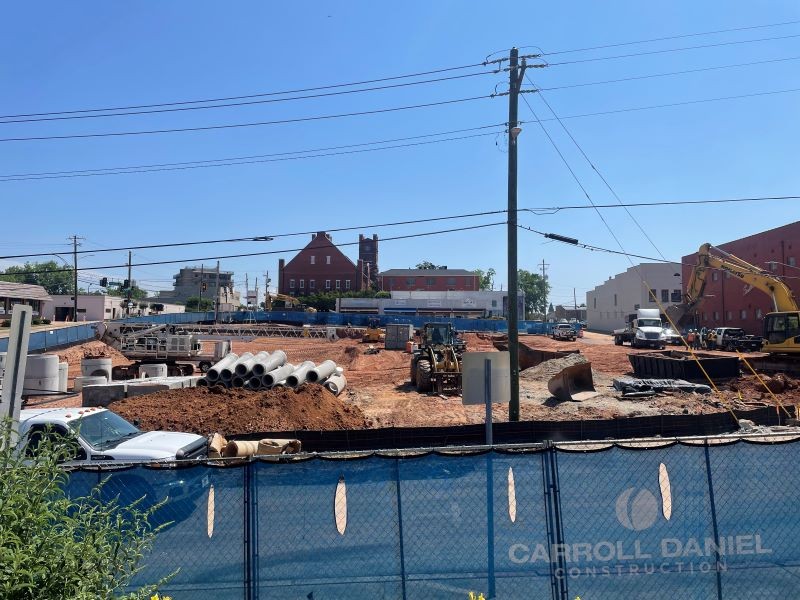 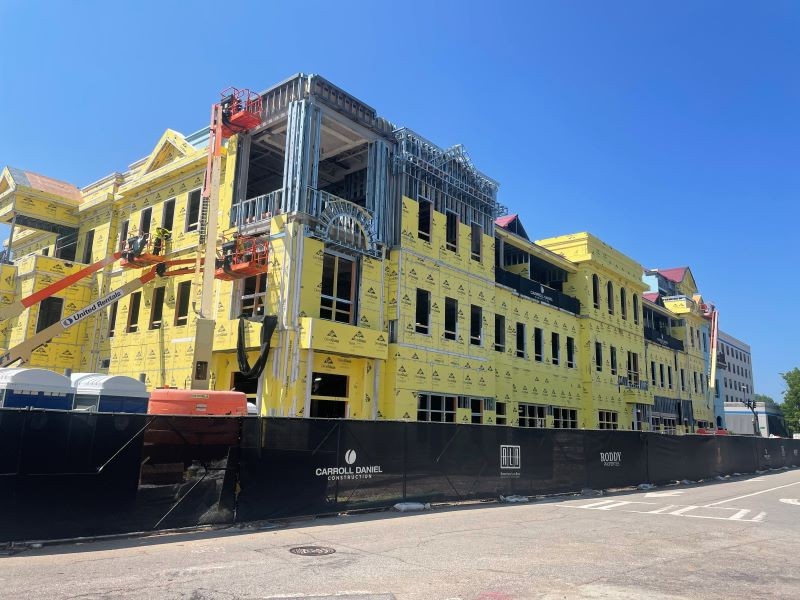 There is a lot of construction going on in downtown Gainesville right now and it is negatively affecting the businesses around the square.

Main Street NW is closed due to utility work until July 5, the Gainesville Renaissance project is predicted to be completed in early 2022 and the Turner, Wood and Smith Insurance building was razed to make room for a new parking deck.

Jessica Phillips, owner of Phillips Trading Co., said all of the construction has been devastating for her business.

"We had just opened our location actually just right after the worst of COVID back in the spring, and surprisingly, business was pretty good until they started all the construction and the demolition," Phillips said. "Traffic counts went down significantly. It's just increasingly been worse and worse to the point that recently, we can't even get our trash picked up in the back."

She said it has been an "absolute nightmare" and has caused them to miss deliveries.

Naomi Gnome, a manager at Atlas Pizza, agreed that the construction was inconvenient and added that customers are having difficulty finding parking.

"I think that it's good that the square is growing," Gnome said. "But it does make it very difficult as a business here, with limited parking to begin with...parking has always been an issue here on the square."

She said Atlas Pizza has not been impacted too much financially, but the construction has affected the customers' attitudes. She said customers have told her they would not have come if they knew it would be so challenging to navigate around the construction. Some customers have even asked if the pizza could be brought straight to their car because they were unable to find a parking space.

"Getting to the street when we still have customers inside is a little bit difficult. But, I mean, we want to serve our customers the best we can," Benanti said. "If that's what works, we're willing to do it."

The parking situation has also affected elderly and disabled customers, Benanti said. Zoe Head, an employee at Purchase Effect, said construction workers used to park on the first floor of the parking garage, making it difficult for elderly people to make it to the stores.

"[The workers] ended up listening and moving, as far as I understand, and it is pretty good now," Head said.

Regardless of the inconveniences, business owners on the square seem to acknowledge the importance of the construction and how it contributes to city growth.

"The business owners on the square are unhappy," David Camalier, a manager at Avocados, said. "But they recognize the value of it being done."