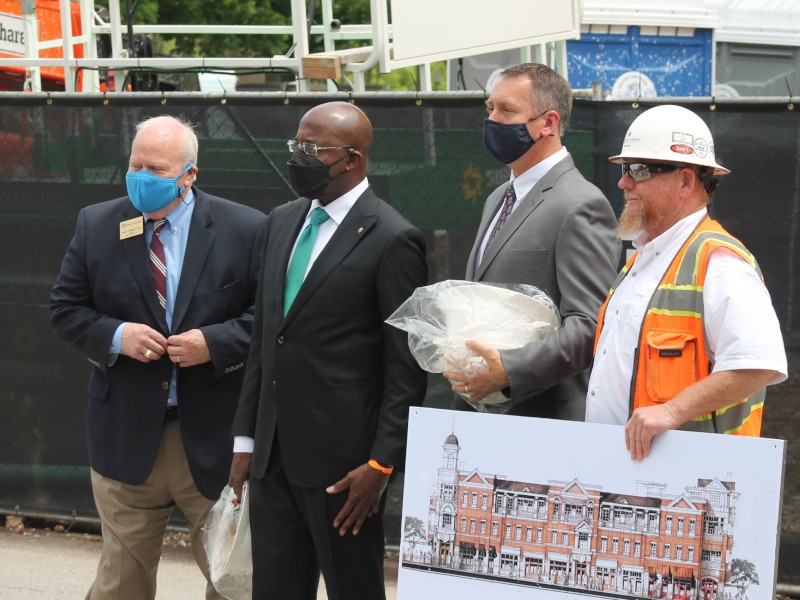 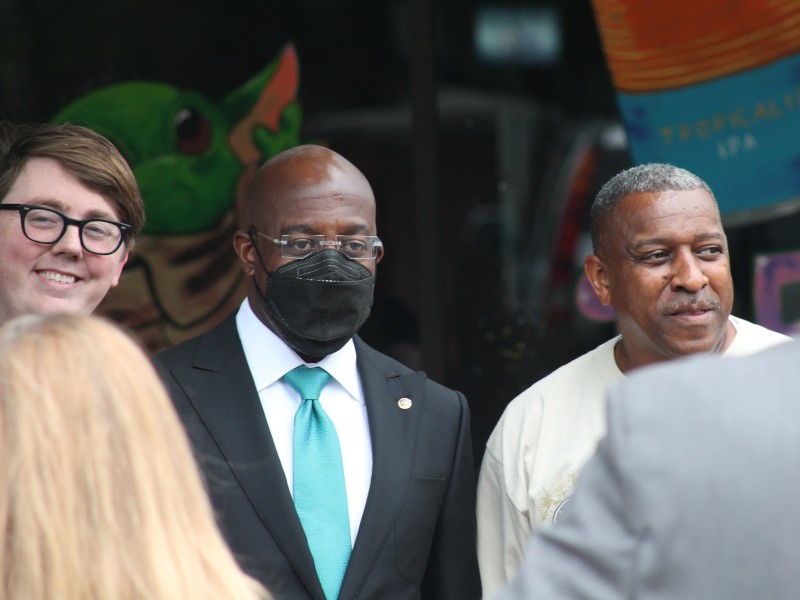 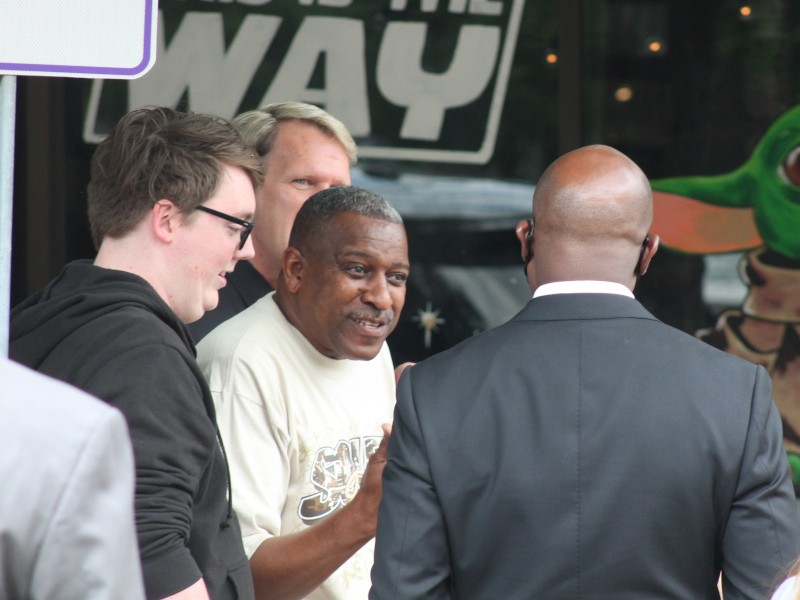 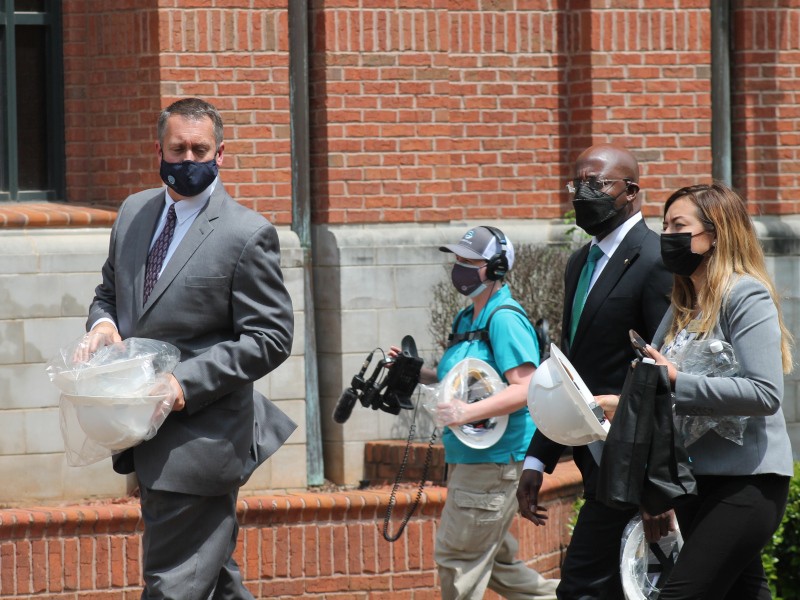 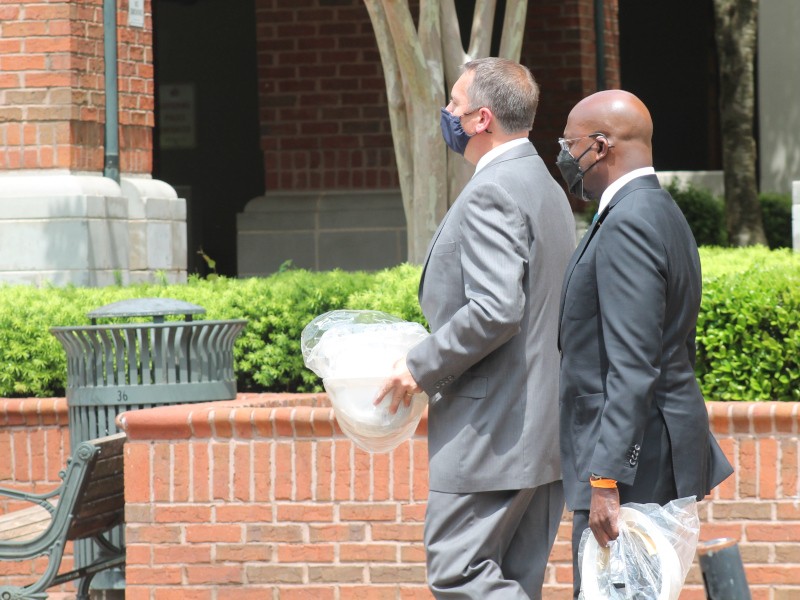 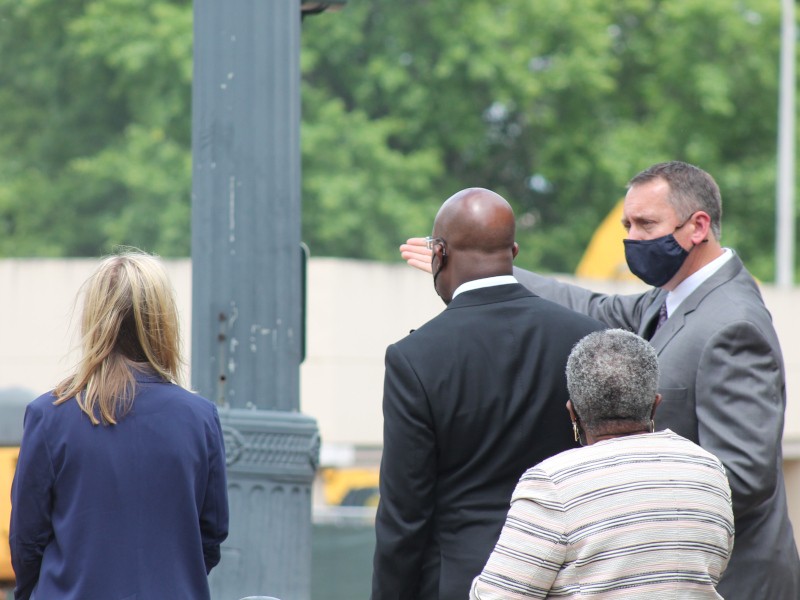 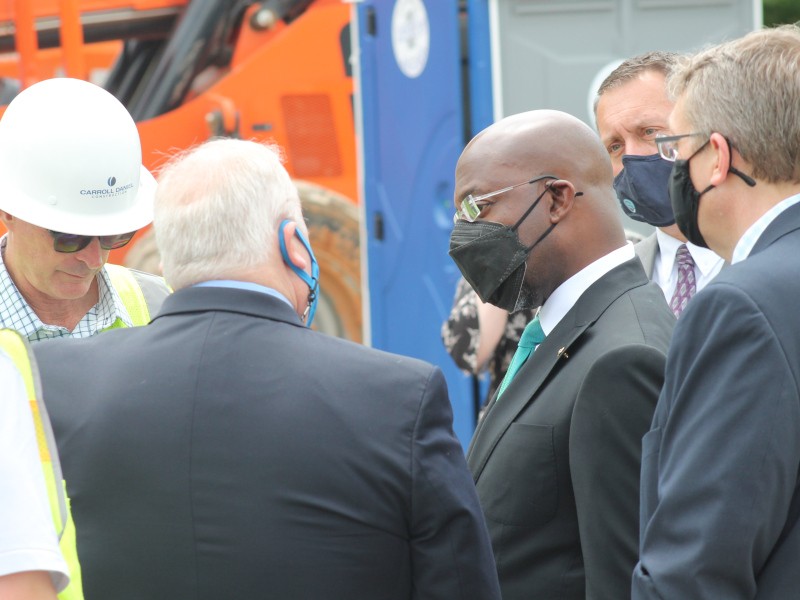 Georgia Senator Raphael Warnock visited the Northeast Georgia area Wednesday, with a trip to the SK Innovation facility in Commerce and the Gainesville square.

During his time at the SK Innovation facility, Warnock spoke on the importance of clean energy jobs in the state.

Recently, the Korea-based battery manufacturer came under fire after the U.S. International Trade Commission ruled that they had allegedly stolen trade secrets from a competitor, LG Chemical, Ltd.

However, early last month, SK Innovation and LG Chemical, Ltd. came to an agreement over the ruling which likely saved thousands of potential jobs in the North Georgia area.

Jim Shaw, president, and CEO of the Jackson County Area Chamber of Commerce joined Warnock at the SK Innovation facility to talk about their eagerness to establish the battery plant in the county.

“When we learned of the possibility that SK might build a plant here to make batteries for the electric vehicle business, it didn’t take long for our stakeholders to agree that we wanted to locate the plant here,” Shaw said.

Warnock also visited the City of Gainesville Wednesday afternoon. He took a private tour of the Gainesville square just before 3 p.m.

For pictures of Warnock's visit to Gainesville, click the above photo gallery.

Warnock was joined by city officials, such as City Manager Bryan Lackey, and council members Barbara Brooks and Juli Clay. During his tour, Warnock emerged from the Gainesville government building at 300 Henry Ward Way into Kenyon Plaza.

Warnock then walked to the Gainesville square and was informed about the Gainesville Rennasaince Project by city officials. He also stopped and took photos with citizens in front of Downtown Drafts.

Warnock's press team requested that the tour be closed to media. AccessWDUN has reached out for a statement on Warnock's tour but has not received a response.