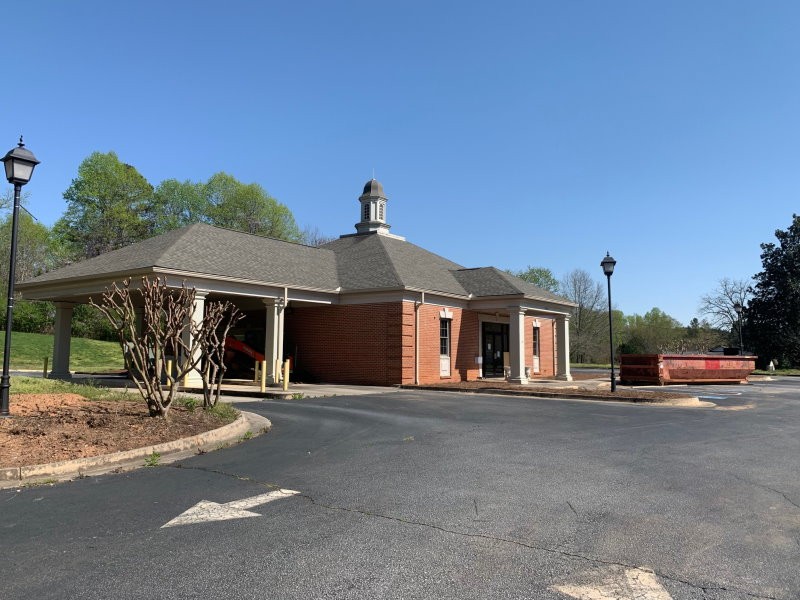 The vacant building on Thompson Bridge Road in Murrayville that Weaver Law Firm is looking to rezone and move into
Photo by B.J. Williams
Contact Editor

The Hall County Planning Commission recommended approval of a rezoning request that would pave the way for a new law firm along with storage units on Thompson Bridge Road in Murrayville at their meeting Monday.

"We're always looking to expand," Weaver said. "Up in Murrayville, that is a very busy road. It's the gateway to the mountains. The bank had closed about a year and a half ago, it's a very nice building and we just thought that it would be a good location."

The planning commission recommended the rezoning unanimously. The Hall County Commission will vote on the item at their May 13 meeting.

Weaver said he plans to give the property a makeover, which he feels will add value to the surrounding area.

No one spoke against the request at Monday's meeting.