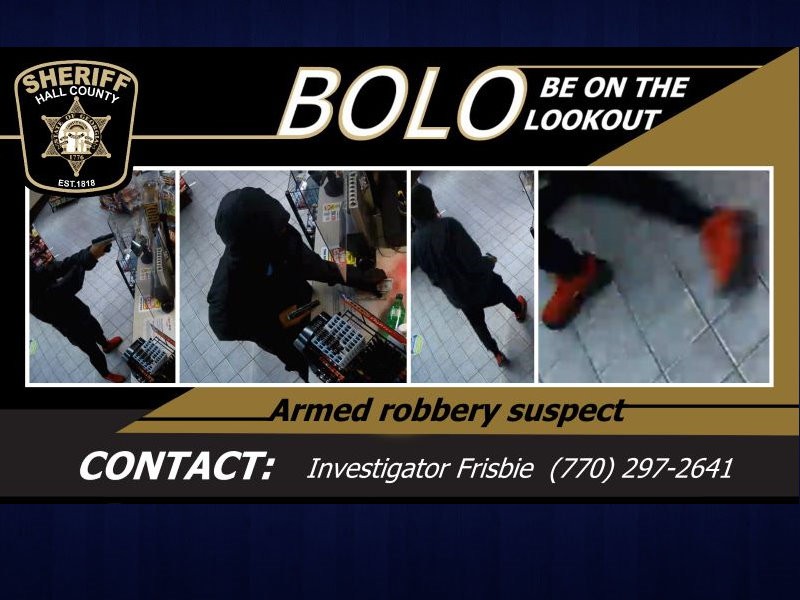 The Hall County Sheriff's Office is investigating an armed robbery of a convenience store in Lula that happened early Sunday morning.

The Sherriff's Office said the suspect, a man, went up to the register at Circle M at the intersection of Ga. 365 and Ga. 52 and pointed a handgun at the clerk, demanding cash. He then turned the gun on another man in the store and demanded he hand over his keys.

The suspect left the store with the money and got into the victim's car. He did not drive the car, however, opting to leave the car and flee on foot.

Deputies and a HCSO K9 Unit searched the area but did not find the suspect. No injuries were reported in the incident.

The suspect is described as a Black male who was wearing a black or blue hooded jacket and black pants. He used a neck gaiter to cover his face and was wearing red tennis shoes. The gun used in the robbery had a turquoise frame.

Anyone with information on the incident should contact HCSO Investigator Frisbie at (770) 297- 2641.