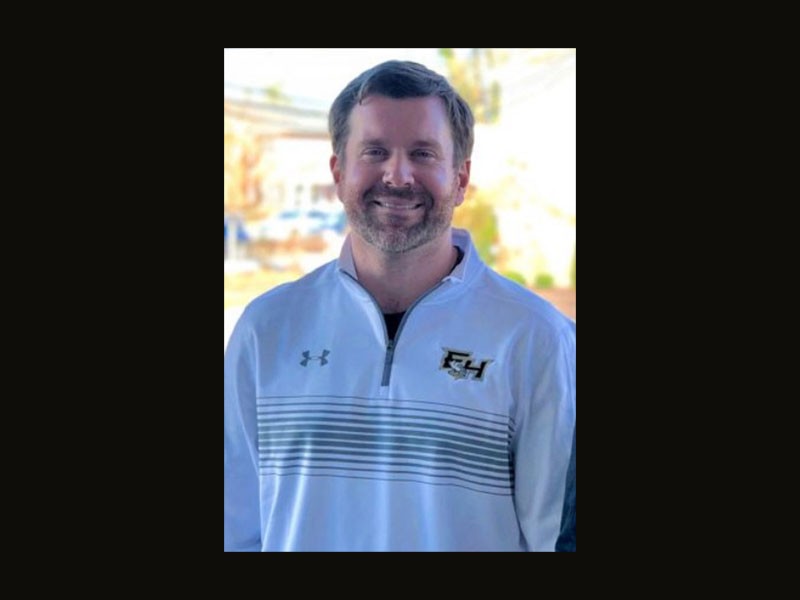 RABBITTOWN — Michael Perry is taking his "air raid" offense to the mountains.

The now-former East Hall head football coach will take the reins of the Union County Panthers, replacing Brian Allison, who left last month to over the East Forsyth program.

"It was just too good of an opportunity to pass up," Perry said Tuesday after the Union County Board of Education approved his hire. "(Union) has run a similar system to what we have run at East Hall so it won't be that much of a change. I'm really excited about getting up there and getting going.

"It's one of the most beautiful settings I've ever seen for high school football. I have always enjoyed the atmosphere and now I'll get to be up there every day."

He took charge of the Centennial Knights in 2017, compiling a 15-8 record and back-to-back Class 6A playoff berths in two seasons. in 2018, Centennial finished 7-4, losing to Allatoona 38-7 in the first round. In his first season, he guided the Knights to an 8-4 record and the team's first state playoff win since 2002. Perry's winning percentage (65.22 percent) was among the best of the previous five head coaches at the school.

In two seasons at East Hall, Perry led the Vikings to a 6-12 record. In Year 2, he led the Vikings to the program's most wins since the 2017 season, 4-4. He said Allison built a consistent program where kids want to come and play.

"They number of kids in Union who want to play is big," Perry said. "They are used to throwing the ball around catching it. My goal is come and keep the train rolling, so-to-speak. I think we can do that."