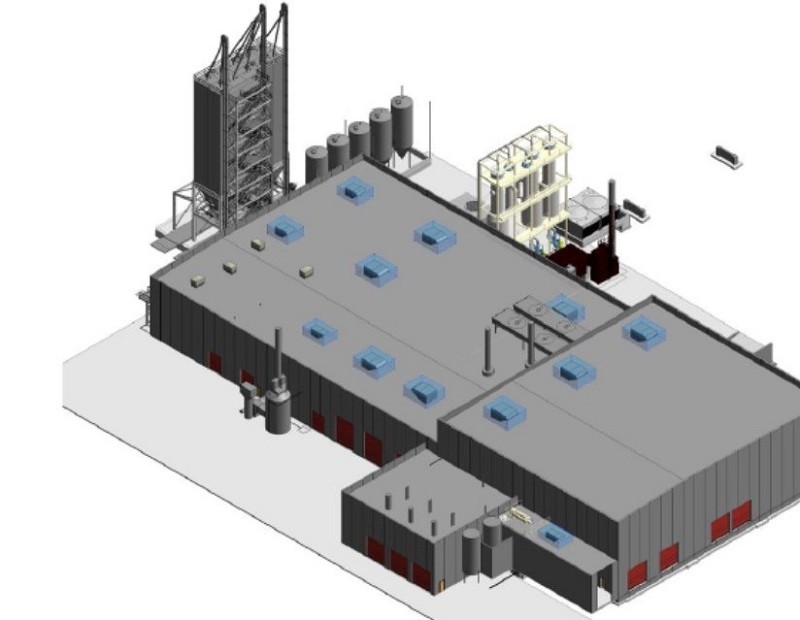 The state-of-the-art plant will create 90 permanent jobs with competitive wages after opening, and 100 jobs in skilled trades during the construction phase, an announcement from the company states.

Pilgrim’s has not requested a tax abatement for the project, and company officials estimate the project will generate more than $1 million annually in local tax revenue and have a $65-million annual economic impact on the region through direct and indirect spending.

“Pilgrim’s is pleased to announce this significant investment in Franklin County, which will grow our company’s already substantial footprint in Georgia,” said Mark Glover, head of Pilgrim’s protein conversion division. “Following all necessary reviews and approvals from Franklin County and state officials, the plant built here will be truly state-of-the-art, ensuring that jobs and positive economic development are created in a way that safeguards and promotes the sustainable use of natural resources.”

The proposed plant would receive an average of 2.5 trucks per hour, with little to no traffic on Sundays.

The plant will be used primarily for the production of pet food ingredients by processing chicken byproducts -- an essential part of keeping the poultry industry producing at levels necessary to meet high and rising consumer demand, according to Pilgrim’s officials. By processing chicken byproducts instead of dumping them in a landfill, Pilgrim’s is helping protect Georgia’s environment. Without the process of converting byproducts through evaporation and drying technologies, all available landfill capacity in America would be filled within four years.

“In the 13 months Franklin County Industrial Development Authority has been in discussions with Pilgrim’s, I have visited multiple sites that are home to pet food ingredient plants built with the most advanced available technology,” said Franklin County Industrial Building Authority Chairman Lee Moore in a statement. “Those site visits, coupled with careful examination of the technology that this plant will be built with, give me great confidence that Pilgrim’s investment in Franklin County will not only create significant positive economic impact, but will also promote sustainability and protect our quality of life.”

In addition to an on-site laboratory to ensure the cleaned and treated water from the plant meets or exceeds Georgia’s clean water regulations, Pilgrim’s will contract with an independent lab to confirm its water complies with all necessary clean water permits and state regulations.

Officials: Facility is good for economy

Georgia Commissioner of Agriculture Gary Black said he is pleased to see another Pilgrim’s facility come to the region.

“Pilgrim’s is an important anchor tenant in Georgia’s poultry and overall agribusiness industry,” Black said in a statement. “The proposed investment demonstrates a long-term commitment to the community and state. I commend Pilgrim’s leadership team and all who have helped get this project across the finish line.”

Franklin, Banks and Jackson counties, located along the busy I-85 corridor between Atlanta and Greenville, S.C., are seeing large industrial developments, increasing employment opportunities for what had been a largely rural area.

“Pilgrim’s is a valued and long-time partner to our state and Georgia’s poultry and agriculture industries, providing jobs and opportunities for Georgians,” said Pat Wilson, commissioner of the Georgia Department of Economic Development. “As Georgia’s already significant food processing footprint also continues to grow, Pilgrim’s consistent decisions to choose Georgia for future investments is a testament to the workforce and numerous other benefits businesses find here.”

In addition to facilities in Gainesville, Athens and Elberton, Pilgrim’s also has locations in Canton, Carrollton, Douglas, Ellijay, employing more than 8,000 people in the state with an annual payroll of more than $440 million.

“I am excited about this investment by Pilgrim’s Pride as it will provide an opportunity for folks who are raised in Franklin County to continue to live and work in this community,” Hatchett said in a statement. “The proposed project will not only bring millions in economic activity to Franklin County annually, but it will also utilize state-of-the-art technology to promote sustainability.”

What others are saying

A number of area leaders are weighing in on the Pilgrim’s announcement, including legislators, higher education officials and industry leaders.

“It’s great news for Franklin County to see this type of investment that will provide quality high-paying jobs in the area,” said State Rep. Alan Powell (R-32). “The infrastructure needed to accommodate this project will make us more attractive to future economic development opportunities.”

North Georgia Technical College President John Wilkinson, who formerly served the region in the Georgia Senate, said, “Franklin County is a wonderful place to live, work, and raise a family. I am excited about this announcement, which will provide opportunity for our local residents to obtain quality jobs right in our community. North Georgia Technical College stands ready to assist with any training needed to meet the workforce needs of this facility.”

Mike Giles, president of the Georgia Poultry Federation, said, “Pilgrim’s significant investments in Georgia represent the company’s strong, ongoing commitment to our state, and drive the creation of jobs and farming opportunities that are key to a thriving agriculture sector here in the nation’s leading broiler producing state.”

Will Bentley, president of the Georgia Agribusiness Council, said, “This is a great announcement for Franklin County and for the Agribusiness industry across Georgia. As consumer demand for poultry products continues to increase, we must be able to handle additional volume at every stage of production. The investment by Pilgrim’s in this state-of-the-art facility will not only allow us to meet that demand but further grow agriculture’s role as the state’s largest industry and maintain Georgia’s status as the Poultry Capital of the World.”

Pilgrim’s operates more than 30 meat, poultry and prepared foods facilities and employs more than 31,000 people in the United States.

One example of Pilgrim’s commitment to giving back is the Hometown Strong initiative, a $20-million effort to give back to communities across America where Pilgrim’s operates. Since the program’s inception, Pilgrim’s has contributed more than $3.4 million to Georgia communities where the company’s employees live and work.