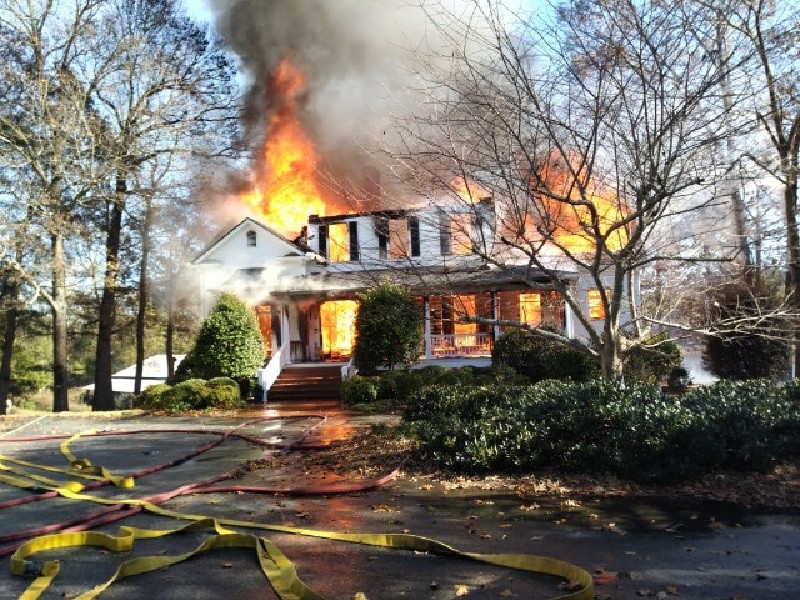 A house was destroyed after a fire Tuesday in Commerce.

The fire appears to be accidental, according to a press release from the Banks County Fire Department, but the cause is still under investigation.

The fire broke out at the home at 487 Edwards Road in Commerce just before 1 p.m. Tuesday. Arriving Banks County Fire and EMS units found the approximately 8,000 square foot home fully engulfed in flames.

The residents were not home at the time of the fire, according to the press release, and no injuries were reported.