Football: Branch gets back on track with big region win over Cedar Shoals 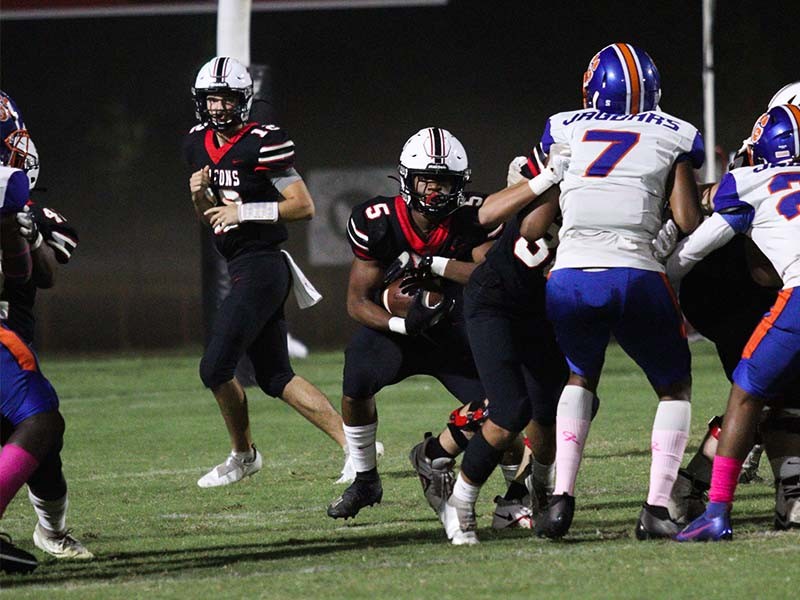 FLOWERY BRANCH — Flowery Branch answered the call in the most important game of the year.

The Falcons' offense was clicking, and the defense was stingy in a crucial 34-14 win over Cedar Shoals (2-4, 2-2 Region 8-4A) on Friday at Falcon Field. It was the Falcons' first Region 8-4A win and puts them tied with Madison County for the fourth spot.

"Our kids played hard, they did, they responded after dropping two [region games], we're not used to that," Flowery Branch coach Ben Hall said. "Our kids responded well tonight."

As a team, the Falcons (4-3, 1-2 Region 8-4A) rushed for 224 yards, with sophomore Malik Dryden leading the way. Even though he didn't start the game, he was the hot hand for the Flowery Branch offense, accounting for 110 yards and a touchdown on 23 carries. Junior Myles Ivey also had a touchdown along with 63 rushing yards.

Hall attributes the successful running game to his offensive line and the job they did.

"We challenged our kids up front, and that was what that was about, they played hard," he said.

David Renard also found some rhythm, completing eight of his 11 passes for 120 yards and a magnificent 25-yard touchdown pass to sophomore receiver Seth Larson in the back corner of the end zone.

"That was about as close as they get, it was a great throw and catch," Hall said.

The senior quarterback also added 23 yards on the ground.

Junior kicker Marco Velasquez also nailed two field goals to extend the lead for his team -- one from 30 yards and another from 39 yards out.

For the Jaguars, they came up empty on both sides of the ball. On defense, they had difficulty stopping the run all night while allowing Renard to complete 72 percent of his passes. One positive was that they did have a goal-line stand, stuffing the Flowery Branch offense four times inside their five-yard line.

On offense, they didn't score until the final minute of the first half. With 9 seconds remaining and on the Falcons 5-yard line, quarterback Mandrell Glenn pitched the ball to tailback Jerdavien Colbert who proceeded to pass the ball to the open receiver Malik Armstrong to close the gap, 17-7, at halftime.

Coming out of the half, Dryden ran in a touchdown from 3 yards out to extend the Falcons lead. However, Cedar Shoals responded with a screen pass from Glenn to Colbert, who took it 62 yards to bring them back within 10 points. That was it for the Jaguar offense, though, as Flowery Branch's defense held up for the rest of the game, including a pick-six from cornerback Nick Linkowski.

Glenn's day ended with him completing 10 of 14 passes for 154 yards and a touchdown and the aforementioned interception. The ground game was almost nonexistent as the Jaguars only rushed for 38 yards as a team.

Going into next week, the Falcons will face Region 8-4A rival Madison County in a potential playoff deciding matchup. 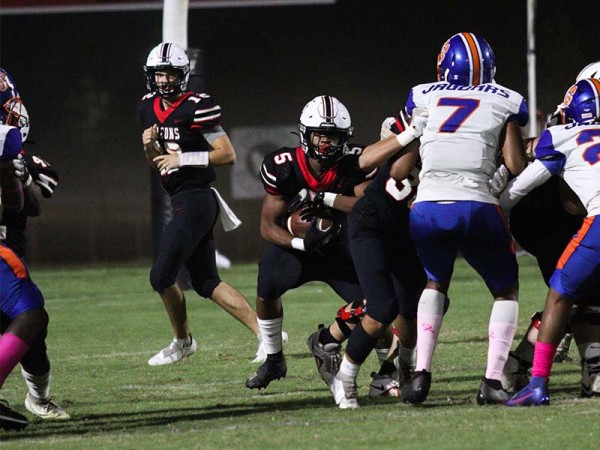 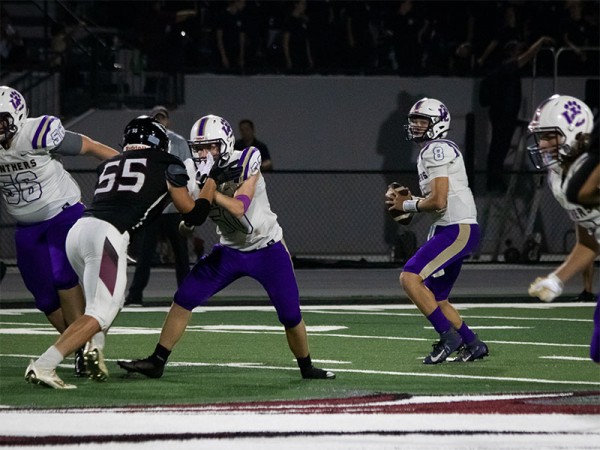 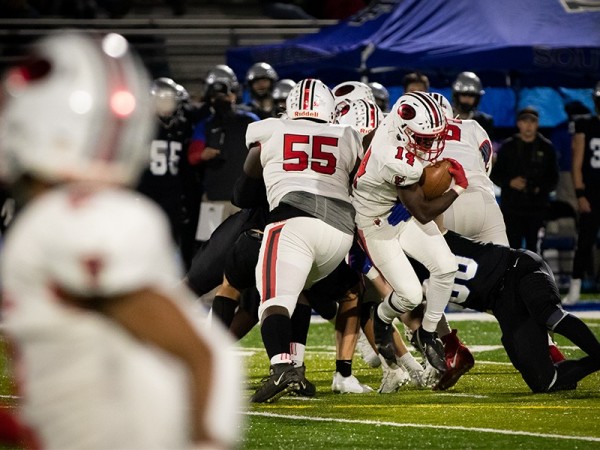 Game of the Week: Red Elephants face talented South Forsyth in key region game
Gainesville has had two weeks to rehash the upset loss from Lambert.

Softball playoffs: Buford, Bluff, Union Co., Commerce all advance; NoFo stunned in 1st round
No. 1-ranked Buford rolled into the second round of the Georgia High School Association Class 6A playoffs on Wednesday after sweeping Kell 3-0 and 13-4 at home in the first round...
High School Sports 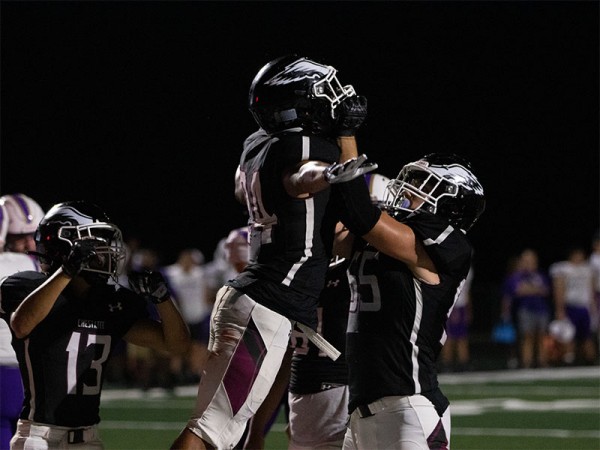 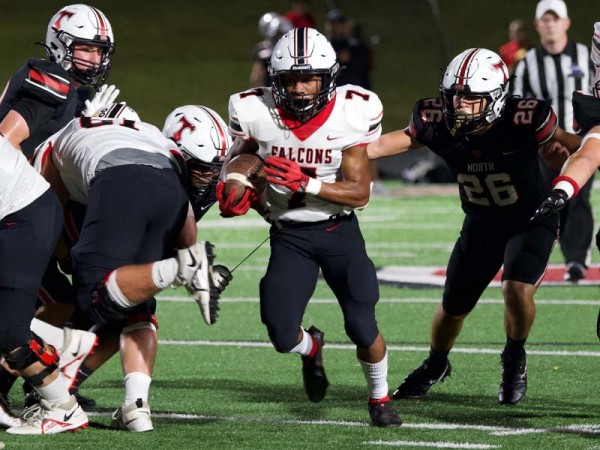 Football: Branch falls to N. Oconee in defensive battle
For three quarters the Flowery Branch defense was almost impregnable Friday night. Unfortunately, the North Oconee offense found some early holes for two quick first quarter scores and eventually made that standup in a 14-7 win in a crucial Region 8-4A contest for both teams. 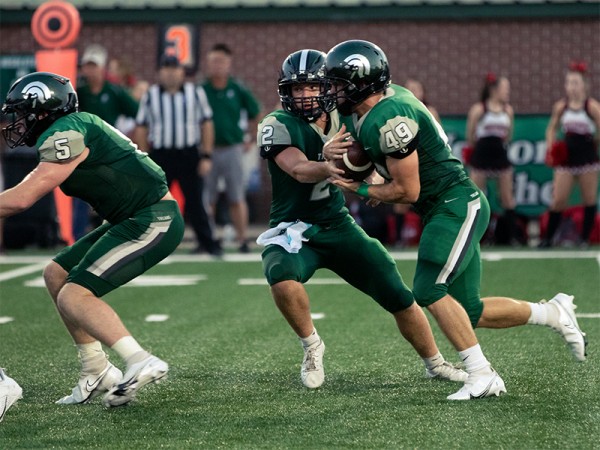 Football: Trojans do work in first half; cruise to 37-7 win over Lumpkin
North Hall scored all it needed to in the first quarter to stroll past Lumpkin County, 37-7, on Friday at Cottrell Stadium.
Friday Game Night

Week 9 notebook: More streaks and Hall County record falls
There have been some unbelievable streaks in Georgia during the history of high school football. Calhoun’s 119-game winning streak in region play from 2001-19 may stand as one that will never be broken...
By Jeff Hart
Privacy | User Agreement | Contact | Advertise With Us
2022 © Jacobs Media Corporation. All rights reserved. EEO Report. Website by Full Media
Login / My Access
close
Search