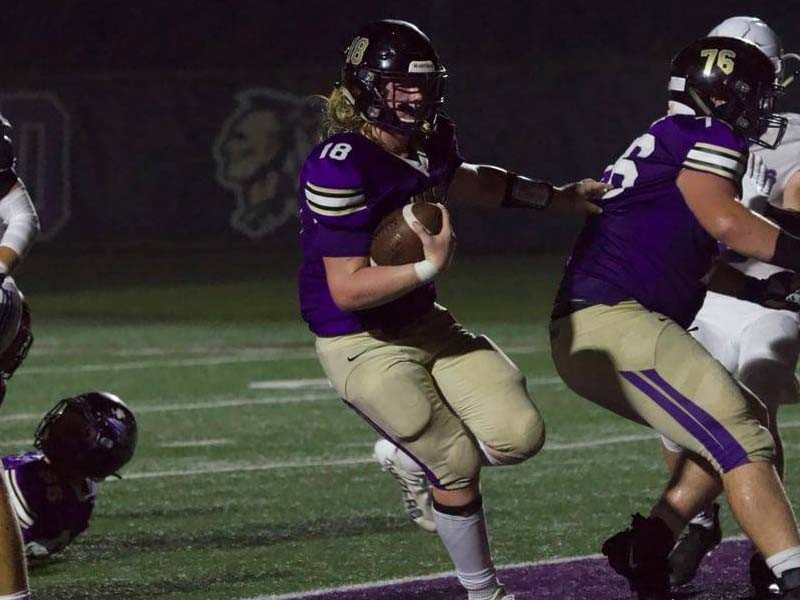 Cooper Scott rushed 22 times for 150 yards and two touchdowns. He also passed for another 82 yards and a score on a 4-of-8 performance in the win over Gilmer last week.
Photo/Daphne Faulkner
Contact Editor

The Indians' offense came alive with 370 total yards, most of which came on the ground. The Indians opened the second half on a 12-0 run and a 26-16 lead, which paced them to the win.

Gaining the Edge is powered by Conditioned Air Systems. To watch, press play.