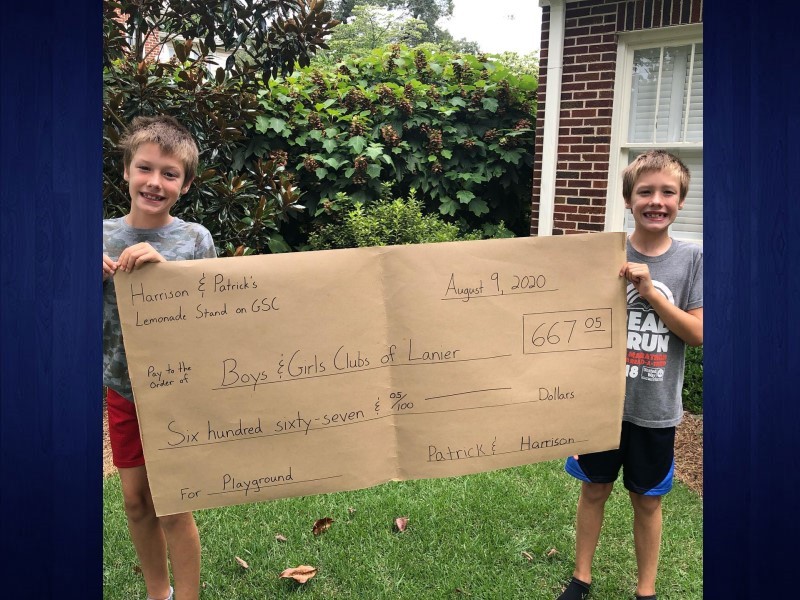 Less than two months after an arson fire destroyed the playground at the Boys and Girls Clubs of Lanier, the non-profit has enough donations to replace the damaged equipment.

The July 25 fire not only left the Club kids without a place to play, but it also impacted the community, since the Club shares the playground with the students at neighboring Fair Street International Academy.

"The fire struck a chord in the local community. There was an outpouring of support from people who wanted to know how they could help," said BGCL CEO Steven Mickens in a statement released Friday afternoon. "The support has been heartwarming and we are touched by the kindness and generosity that was shown to us by so many during these challenging times."

Because insurance wasn't going to cover the full replacement cost, individuals - including children - local companies and churches began to donate.

For example, eight-year-old twin brothers Harrison and Patrick Flack, who are BGCL kids, raised $667 through a lemonade stand. Employees at Hargrove Engineers + Constructors held an employee luncheon, donating proceeds to the playground fund. Individual donors contributed anywhere from $20 to $5,000.

When officials with the Arthur M. Blank Family Foundation heard about the community effort, they made sure the Club received a $72,000 to cover the remaining equipment costs.

"We are grateful and truly thankful for everyone’s thoughtfulness and desire to help," said Joyce Wilson, BGCL Chief Development Officer. "At Boys & Girls Clubs of Lanier, we understand the critical need for kids to have a safe place to play and the important role exercise and play have in establishing healthy lifestyles for children at an early age. We look forward to getting started and to seeing the kids enjoying the new playground."

For now, the damaged equipment is being removed the property at Positive Place. The new equipment will be ordered in the near future.