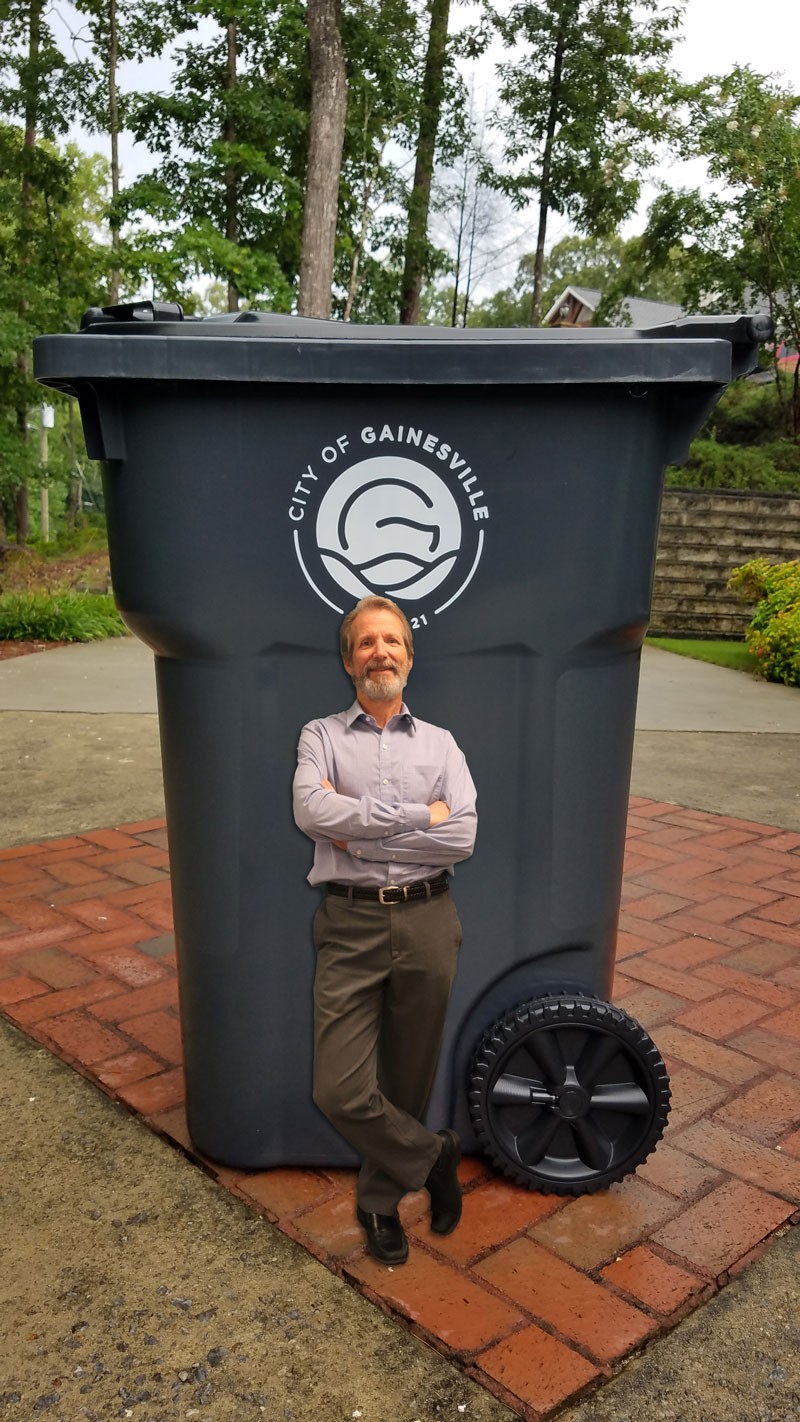 Sometimes the small, everyday items in life have a big impact. In this case, the item isn’t exactly small, but it is one of those things we so take for granted that we don’t really notice it until there’s a change.

The city decided to give us a gift. Well, we taxpayers paid for it so I’m not sure how much of a gift it is, but it is the thought that counts. At least, that’s what I’ve been told. Since it isn’t something that we likely wouldn’t have bought for ourselves unless it needed replacing, I suppose it qualifies as a gift, if only just a little.

I’m talking about the big, bold trashcan that magically arrived in our driveway one day.  It’s 96 gallons of state-of-the-art trash containmentt, truly a thing of beauty. It has wheels, which is a big help since we’re required to place our trashcans at the end of our driveway or they won’t be emptied. Ninety-six gallons of trash can be awfully heavy. I’m not sure how they arrived at 96 gallons being the optimal size for a trash can. I’m sure there was some extensive research. I’m just glad I wasn’t the one who had to survey local trashcans to come up with the proper size.

Trash pickup in our neighborhood is on Tuesdays and Fridays. With just two of us still in the next, I’m not sure we’ll ever come close to filling it up. In fact, I’m not sure we can afford the amount of stuff it would take to generate that much waste in a week let alone three to four days. Perhaps they should gage the size of the can you need based on your income.

Equally as cool is the nifty city logo engraved on the side of the receptacle. It gives it a classy look which is something you don’t often see in a trash container. The only thing that would make it even more attractive would be slotted mag wheels with black walls and a racing stripe across the lid. Such a sporty look might encourage guys to be more attentive when they are asked to take out the trash.

Being made of genuine plastic, the city wanted to make sure we knew that our safety was just as important as our sanitation. That’s why there is a reminder on the lid not to put hot ashes in the can. This warning means that once upon a time some goober dumped ashes from his fireplace or hot coals from his grill into one of these lovely trash treasure chests and then wondered why the trash kept falling out of the bottom of the can.

“Now how did that hole get there? Hmmm…must have termites.”

It’s just another indication that common sense is in short supply.

On the underside of the lid is another warning: do not roll can with lid open. I’m not sure why this would be a problem. I’m tempted to find out what would happen, but I don’t for the same reason my pillow and mattresses still have those tags that warn you “do not to remove.” I’d hate to find myself up on charges. I don’t think I would do well in stir after my cellmate, the ax murderer, found out I was there for rolling my trash bin with the lid open. Besides, I wouldn’t want to set a bad example for the neighborhood kids by being seen participating in lidless can rolling.

I must say, it’s a right smart looking bin. And although I’ve never thought of owning one big enough to hide a body in, I’m glad I have one.

We still have the can we were using prior to the Sanitation Santa making his delivery. It too has wheels and is still in good working order. It seems such a shame to soil the new one when the old one is doing an excellent job. That’s why I’ve repurposed the new can.

It is so large that we rent it out as an Air B&B. Currently there’s a lovely newlywed couple honeymooning in it. Delightful young folks, really. And we made $200.