The goat from nowhere 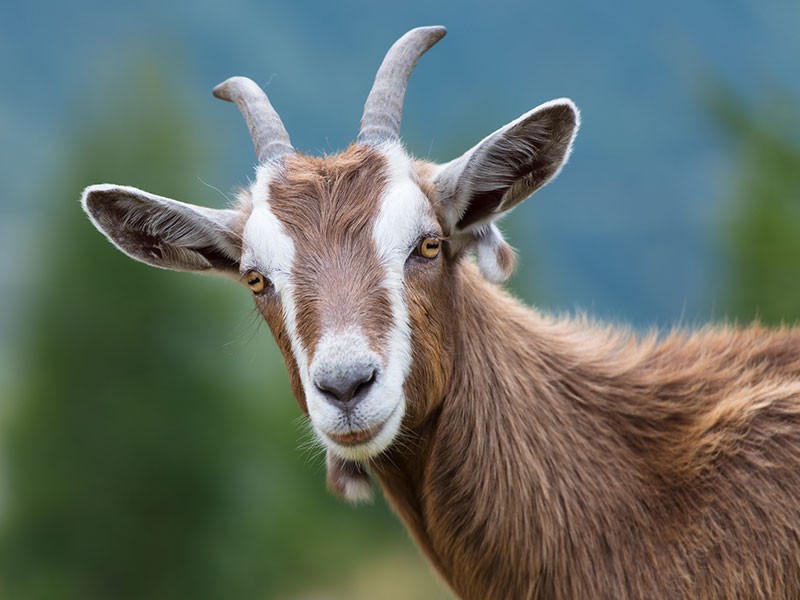 What did you dream last night? Likely you don’t remember. Or if you do, you can only recall snippets. Most times dreams are like smoke; seen and soon dissipated. Other times a dream is like a snowball. You can hold on to it, but after you turn it over several times it melts away. Occasionally dreams are like a new tattoo discovered after a bender. It’s always with you but you have no idea what it means.

Recently I had such a mental encounter when the theater in my head cranked up “The Goat from Nowhere.”

Our story begins with Bill walking his little dog at 2 a.m. along Pearl Nix Parkway in front of Lakeshore Mall. This is most curious since he doesn’t live anywhere near the mall. Eventually he and the dog make their way up the hill behind the mall to Shallowford Road passing the bowling ally which hasn’t been there in years. Odd.

Once on Shallowford, the dog ventures into the middle of the road. She’s not on a leash. Bill begins to call her for fear she will be hit by a car. Also odd since they haven’t encountered another living soul the entire night.

Suddenly, a car appears from a side street and is bearing down on the dog! Bill is too far away to rescue the animal but fortunately the driver sees the dog and veers away at the last second. All would seem to have ended well, but the car startles the goat that has magically appeared in the road. The goat bolts out of the way and rams our hero.

What the heck does that mean?

This assumes that dreams have meaning in the first place.  I’ve read that science doesn’t fully know why we dream, but it has determined that we must dream to be healthy. Some theories postulate that dreams are the brain shifting the day’s events from short-term memory (RAM if you will) to long-term storage (a hard drive).  That would make dreams something like your brain flipping through a photo album of your day rapidly.

Another popular thought is that dreams are your brain’s way of preparing you for some possible calamity. Your subconscious runs through different scenarios that could do you harm The idea being that should these scenarios occur, your conscious brain will see the challenge as familiar and will have formulated a plan. A good example is one dream many people admit having: being out in public in just your underwear. I’ve had this a few times. Each time waking up in a panic and wondering where my pants were and why was I wearing Superman Underoos…as an adult. But it has taught me to never leave the house without being properly dressed. So maybe there’s some truth to this theory.

Then there is the idea that dreams are simply random chemical and electrical changes in the brain that produce random meaningless storylines. You know, like reality television shows. They look real but aren’t.

Many religions believe dreams can be messages from God. Christians believe this as it is in both the Old and New Testaments of the Bible. If God is trying to tell me not to walk the dog without a leash on a five-lane road at 2 a.m. lest I be rammed by a goat, I got the message. Good advice, but I don’t think this dream is a note from Heaven.

Think of your brain as a classroom. The occupants are always learning something. Everything you do during the day is a learning experience. Those little buggers are always soaking up things in your environment, even things you aren’t consciously aware of. But the students in the school that is your brain take notes on everything.

This all works well while the teacher—that’s your conscious self-- is in the room. But at the end of the day, the teacher goes home for six to eight hours leaving a substitute teacher in charge. That would be your subconscious.

Your subconscious is the substitute teacher we all wanted. The one that is there just to make sure the students don’t burn down the school. Beyond that everything is fair game. This leaves the students with the opportunity to prank the teacher by drawing bizarre pictures on the chalkboard which is then broadcast.

At first the rest of the citizens in Brainland think what they’re seeing is real. After all it’s on T.V. so it must be true. The ensuing mayhem alerts the teacher it’s time to get back to class.

I’m sticking by this theory if for no other reason than without it, there just isn’t a good explanation for how that goat wound up in the middle of my dream.