No one hurt in officer-involved shooting in Gainesville 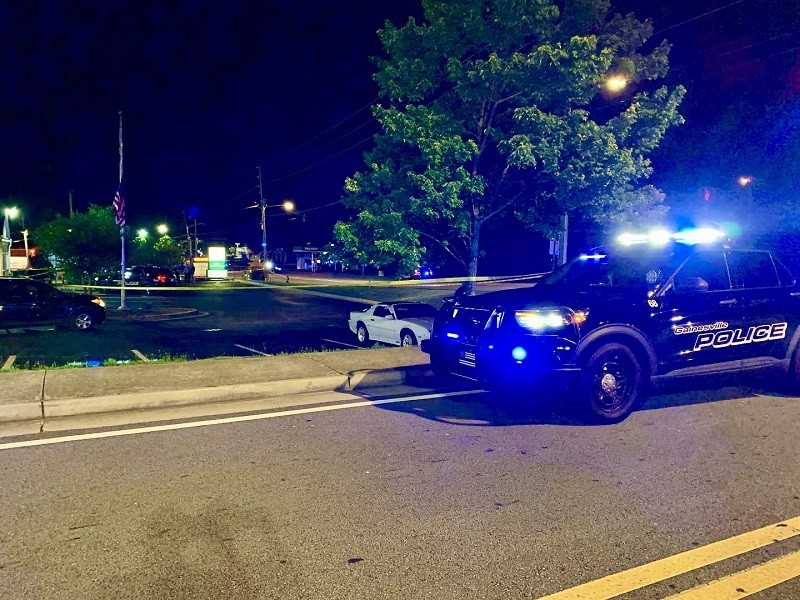 Gainesville police report no one was hurt in an officer-involved shooting at HomeTowne Studio Suites on Jesse Jewell Parkway late Thursday night.

Sgt. Kevin Holbrook with the Gainesville Police Department said officers were called to the hotel around 10:30 p.m. to investigate a report of an intoxicated person. When they arrived, they encountered a male suspect, identified later as Daniel Andrew Smith, at the hotel.

"They attempted to make contact with him and then almost instantaneously as they made contact with him, the individual turned, produced a firearm and began firing on officers," Holbrook said.

At that point, at least one officer returned fire. However, he said because there were citizens in the area, the officers tried to hold off on additional gunfire as they apprehended the suspect.

"Not only do we have to think about our own protection, but we had to think about the protection of everyone around there," Holbrook said, noting that officers were able to make an arrest without anyone being injured.

Holbrook did not name the officers involved in the incident.