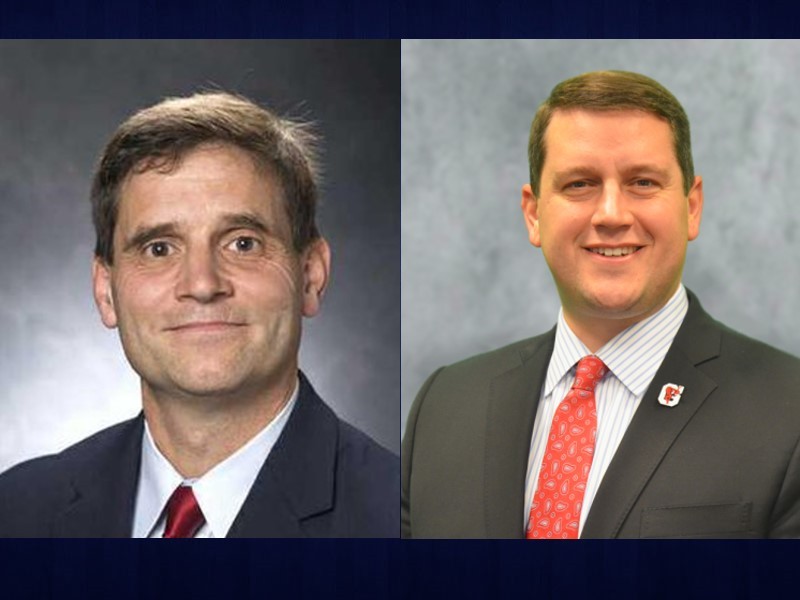 Both Will Schofield and Jeremy Williams are unwilling to speculate on whether voters will approve - or turn aside - an ESPLOST extension and school bond questions for the Hall County and Gainesville City School systems.

"I’ve heard overwhelmingly positive comments regarding the ESPLOST and bonds. However, I realize times of great uncertainty do not favor these types of votes," Schofield said in an interview this week.

Williams, the superintendent of the Gainesville City School System, agreed with his counterpart for the Hall County School District.
"Everyone's situation is different and priorities have shifted," Williams said. "It is important for us to communicate the positive long-term impact these projects (Hall and Gainesville) will have on our community."
Of course, the coronavirus pandemic brought the promotion of the ballot issues to a crawl, if not an outright halt. Both school districts - as did others across the state - were forced to transition to an online learning environment, and Schofield, Williams and their teams spent the bulk of spring semester navigating new educational waters.
"I felt like we had great momentum in communicating and understanding our projects before the pandemic. While there is still a great advertisement campaign going on via social media, print, ads, etc., I have struggled losing the face-to-face interaction, responses and questions," Williams said.
Prior to the onset of the pandemic, officials with the Hall County School held a series of forums at each high school in the district, outlining the need to renovate outdated spaces and even build new schools in some areas.
"The pandemic has taken the oxygen out of all other stories," Schofield said. "We were working really hard to educate the public when COVID took over, so I have to hope that our efforts were not in vain and that the voters have educated themselves in order to make an informed decision."
In addition to in-person meetings prior to the pandemic, the Hall County School District developed an educational video to promote the need for an ESPLOST extension and bonds; Schofield made a personal video, as well.  Both were produced with the belief the questions would be on a March 24 ballot, a ballot twice delayed.
If the ESPLOST extension passes, the penny sales tax would generate an expected $250 million to be distributed among the Hall County School District, the Gainesville City School System and the City of Buford School District. Additionally, Hall County is asking voters to approve a $258 million bond referendum. Voters in the city of Gainesville will be asked to vote on an $83 million bond question.
Schofield was short and to the point when asked what he could say in the final days before the election to convince voters to approve the measures
"When you compare the facilities our Hall County students attend to others in our state, it is my firm belief that our boys and girls deserve better," Schofield said.
Williams had more to say, noting that defeat of either or both of the questions would require the Gainesville School System to do some juggling.
"If both ESPLOST and bond referendums are voted down, we will have to entirely reset our plans and delay construction a year or more," Williams said. "If ESPLOST passes but the bond is voted down, we will have to drastically slow down the plan to pay for the projects, which will require pay-as-you-go and take a minimum of 4 years just to begin construction on the second middle school. If the bond passes but ESPLOST is voted down, the burden will lie on the community to pay off the bond debt without the penny sales tax.  To me, this is the worst scenario since it does not allow for those visiting Hall County to contribute to ESPLOST."
Williams said school system officials have been fiscally responsible with previous bonds and ESPLOST proceeds, and he hoped voters would realize that so that the system can get some relief with the overcrowding at Gainesville Middle School and make the Gainesville High School campus more cohesive.
Follow these links to find some previous AccessWDUN stories on the ESPLOST extension and school bonds:
Two Hall school boards vote to put ESPLOST extension on March ballot
Hall County, Gainesville, Buford schools as boards to pass ESPLOST VI resolution
Hall County School Board approves 10-year facility plan