It never gets old 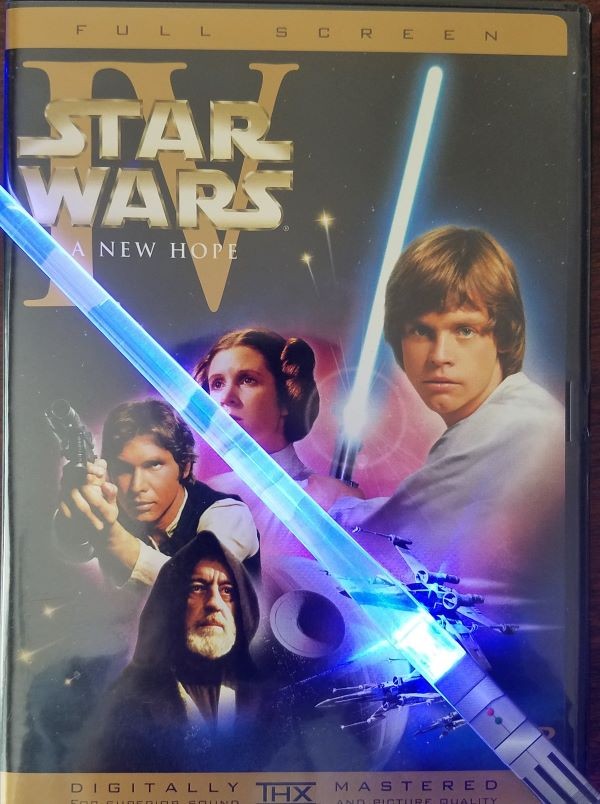 May 25, 1977. It was just days before my 14th birthday. I was looking forward to my birthday with great anticipation. Mom always made my favorite cake: chocolate with peanut butter frosting. But something happened that day that was even better than marking my 14th trip around the sun with the best calorie bomb ever made.

It was on that date that the concept of the movie serial returned. At least that was the idea of releasing a movie that started somewhere in the middle of the storyline. It was tip of the hat to the Saturday serials that entertained scores of children for years. Serials like Tom Mix, but this Western was set in a slightly different location. What was thought to be a movie that would reach a niche audience became one of the biggest cash cows to graze Earth’s dollar-laden green pastures.

If you haven’t guessed, I’m talking about “Star Wars.” They added “A New Hope” somewhere along the line to help distinguish it from the others in the franchise. But those of us, who were there when the saga began, will always call it just “Star Wars.”

I had never seen anything like it. The effects were amazing. And it had action. It was a swashbuckler and western rolled into one. There were sword fights and gun battles. Just the sort of thing a soon-to-be 14-year-old loves. And not just any sword fights. There were light sabers. Not only an original concept, but the execution was incredible. What I wouldn’t give to have a real one. Talk about handy around the house! Firewood? No problem. Need kudzu burned back? Got it in hand.

“Star Wars” landed in downtown Gainesville at the Royal Theater. Built in the 30s, The Royal was the perfect setting: a classic theatre for a classic movie. Sadly, the Royal closed in 1979 and was demolished a few years later. It’s a parking lot now, but if you are there late at night and listen closely, you’ll hear the projectors whir and lines from movies good and bad float through the air.

After my parents dropped me off, I plopped down my ticket money, bought some snacks, and found a seat near the front in the middle of the row. I was not prepared for what followed. I had no idea that the next 120 minutes would stay with me the rest of my life.

I saw “Star Wars” once a week for six weeks. Fortunately, I was a young entrepreneur mowing a couple of lawns a week for ten bucks a pop allowing me to indulge my new found addiction.

I was never into the dolls…uh…sorry…I mean “action figures.” A mistake on my part. Those originals can bring prices that could settle Han Solo’s debt to Jabba the Hut. That’s saying something.

Being a band geek, I was more interested in the soundtrack than the toys. John Williams and the London Symphony Orchestra was the perfect paring for such a fantastic romp through the stars. I not only remember ponying up the bucks for a double-disc album (and that was pretty penny even for a grass cutting tycoon of 14), I also remember how it smelled when I took it out of the paper sleeve. I just love the smell of new vinyl. Every time a catch a whiff, I hear the opening theme.

Williams has written a ton of soundtracks and other compositions. He conducted the Boston Pops for many years. But if Princess Leia’s Theme was the only thing he had ever written, that would have been enough. I find it to be the most beautiful piece of music on the planet. That is, after Beethoven’s 9th.

Speaking of Princess Leia, who knew that cinnamon buns on either side of your head could be sexy? But they were. And she had spunk. Carrie Fisher played it well. She wasn’t some damsel in distress. She was an independent, self-assured individual. She was part of the underdog force that was fighting for freedom. If there are two things America likes, it is underdogs and freedom. Her only weakness was for Han Solo. Since all of us wanted to be him, that was fine with us.

Luke Skywalker may have been the hero, but it was Han Solo who exuded cosmic cool. I wanted to be Han Solo so much that I named our 20-foot fiberglass pontoon boat the “Millennium Falcon.” It only had a 40hp Evinrude outboard which makes the moniker an insult to Han’s ship. But in my defense, it had “Selectra Shift.” You would push a button to determine if you wanted to go forward or backward. Not “Star Wars” hyperdrive, but neat, nonetheless.

Speaking of Han, it’s interesting how seriously people take these movies. Like people who argue about whether Han or Guido shot first in the cantina. Who cares? I say Han shot first and was justified. Wouldn’t you shoot first if you were about to be blasted by a green bounty hunter with little nubs on his head that looked like some bad outer space crew cut? I know I would. He was no more than a glorified hit man. Or the fact that when (spoiler alert) Han was killed by his own son and he was the only one in the theatre that didn’t see it coming. They killed off one of the coolest characters in the galaxy and showed it on screen. No dignity. You can’t do that!  Truly some people just get too worked up about this stuff. Glad I don’t.

By the time “Empire Strikes Back” was released, I was working at a movie theatre as a projectionist and an usher.  Cinemas West was a 4-plex. Like the Royal, it too is no longer standing. All that’s left is a grassy plot and an empty parking lot. I still consider it one of the best jobs I have ever had. All the popcorn and soft drinks you could hold, free movies and a ton of laughs. Plus, you got to work with some cool machines that cost more than my car.

The movies shipped in on Thursdays. They were split up onto five or six individual reels which we splice together and load on to one large reel. That was then loaded onto a projector. Legally we couldn’t show the movie until 12:01 a.m. on Friday. That Thursday evening after closing, the boss ordered pizza and the soda flowed freely until the magic moment. Then we all went to the big house with the Dolby sound system and continued the adventure. We did the same thing when “Return of the Jedi” was released. By the time the next movie, “Phantom Menace”, was released I was married to a former theatre concessionist and had an 8 and 6-year-old.

I didn’t acquire any of the “Star Wars” toys as a kid, but I have come into a few trinkets thanks to my children. I have a couple of figures from the prequel movies from Happy Meals. I keep them in a shoebox with other fast food treasures.

I also have two light sabers thanks to my children. One is from my son in a round-about way. He acquired it in a trade with one of his friends. He used it one year at Halloween when he went as a young Jedi. It is a hand-me-up. When he moved out for college there was a large pile of “memorabilia” from his time under our roof. I was in the process of cleaning and repainting his old room when I discovered it. I called and asked what he wanted to do with all this stuff. He told me he’d left it to be trashed. Among the many items was the light saber. Wait! You can’t trash that! And I didn’t. It holds a place of honor in my office at home. No man cave should be without one.

The other is a gift from my daughter. It is a small saber that that lights up blue when you turn it on. It is a swizzle stick and was apparently part of some promotion. It too has a place of honor, although it never swizzles.

Except for the three prequels, I have enjoyed all the films in the franchise including “Rogue One” and “Solo.” But none of them can duplicate that first time feeling I get from watching the original.

This May 25th, I popped the disc into the Blu-Ray, grabbed my light saber and journeyed to a galaxy far, far away.