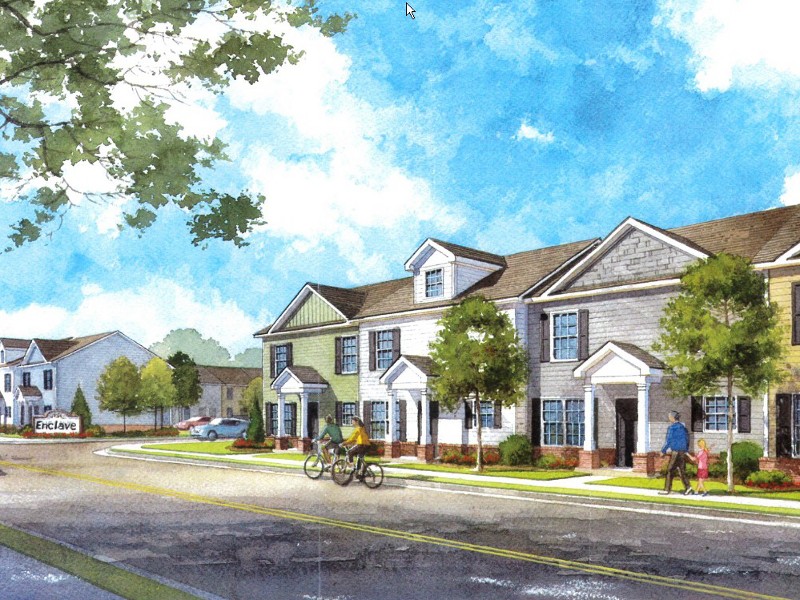 GAINESVILLE – Rezoning for a pair of modest housing projects, and a special use application for a Firestone Auto Care Center, all received unanimous recommendation for approval from the Gainesville Planning and Appeals Board Tuesday evening.

The housing projects coincidentally share a corner: the intersection of Davis and Wills Street.   The two requests were brought to the city by separate developers.

Pine Davis, LLC, wants to use just under half-an-acre to construct seven townhome style apartments.  Pine Davis built The Enclave Townhome Apartments a couple of years ago across Wills Street from the subject property and says the new construction will match the style and design of the units in The Enclave

Robbie Robinson, speaking on behalf of Pine Davis, said, “It is the exact same thing we did across the street in The Enclave.”

The other rezoning application was brought by the Gainesville Non-Profit Development Foundation.  It wants to use a 1.07-acre site to construct four single family homes.  The neighborhood will be known as the “Davis Street Cottages” and be a part of the city’s affordable housing program.

“The homes would range from 1150-square feet to 1500-square feet in size and be three bedroom, two bath,” Gainesville Community and Economic Development Deputy Director Matt Tate told the board.

“They will be sold to income-eligible individuals and families,” Tate added.  Tate said the city would be using funds from a Georgia Community Home Investment Program (CHIP) $1-million grant to construct the homes.

In the special use application before the GPAB, Firestone plans to return to the Lakeshore Mall complex.

“There used to be a Firestone on this property that was demolished back in 2013,” Tate said, pointing out that the initial store faced Pearl Nix Parkway and the new facility will front Dawsonville Highway, not far from its previous location.

Entrance into the auto care center would be from the mall parking area.

The three recommended requests will now go to the Gainesville City Council for final consideration.