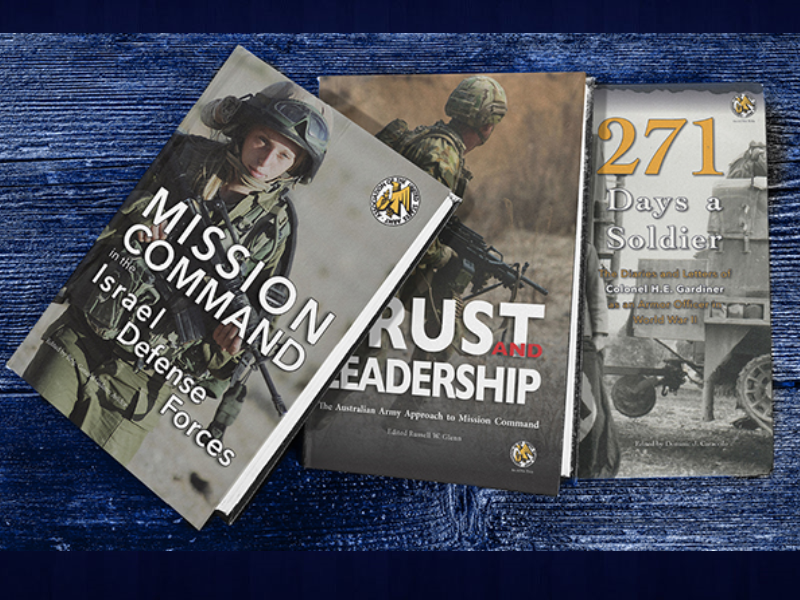 The University of North Georgia has announced three new books that are being published by the UNG Press. All the current releases share a military theme.

B.J. Robinson, director of the University of North Georgia press, says that one of the books has already been published, with the next two coming up in the beginning of 2021.

The books are, “Trust and Leadership: The Australian Army Approach to Mission Command, “Mission Command in the Israel Defense Forces,” and “1,271 Days a Soldier: The Diaries and Letters of Colonel H.E. Gardiner as an Armor Officer in World War II.”

Robinson says that the first two tie together in talking about Mission Command. “Mission Command is a strategy that let’s subordinates make decisions in strategy, as opposed to 100% coming from commanding officers,” she explains.

The first book, “Trust and Leadership,” which has already been released, is a collection of essays that explores this concept and the debate and how to better implement the strategy.

The third book compiles the diary and letters of a World War II soldier, Colonel H.E. Gardiner, to give his experience in combat. “We edited very carefully, and we felt like we lived every one of those 1,271 days,” says Robinson. “It offers a profound perspective of his combat and personal experiences. It’s particularly unique in terms of him being a commanding officer. He was one of the first Monuments Men to enter Italy. It’s an important reference and resource for anyone studying WWII.” According to Robinson detailed footnotes, photographs and maps throughout the book provide context for the reader.

While these three books are getting the most publicity as they are the most current releases, Robinson says many people don’t realize that the University of North Georgia even has a press, and it produces materials of many different genres – not just military.  “We are a scholarly peer reviewed press, and an extension of UNG. Our primary function is to promote education and research with a special emphasis on innovative scholarships and pedagogy. We also publish in Appalachian studies and international affairs and security studies and military studies. We also publish fictional titles, which are regional and non-fiction.”

Located on the main campus of North Georgia in downtown Dahlonega, the UNG Press has about 36 books in production right now and they are staggered for monthly publications and they cover all the areas. “We are publishing a couple of novels, southern literature, a couple of memoirs and a monograph on South America,” says Robinson.

She also adds that one of the most important parts of the press is what it provides for students. “One remarkable thing about our press is the textbooks we print. These are called open textbooks – open access textbooks. These are also peer reviewed. We have textbooks in English, Geology, Accounting, History, Arts, Music … We publish them to help students get reduced costs for textbooks.  This is a partnership with University System of Georgia and Affordable Learning Georgia.”

For more information about the press, go to ung.edu/university-press and all titles are listed there. All books can be purchased through the university press website, or anywhere books are sold.