Game of the Week: Third time the charm? Tigers hope so 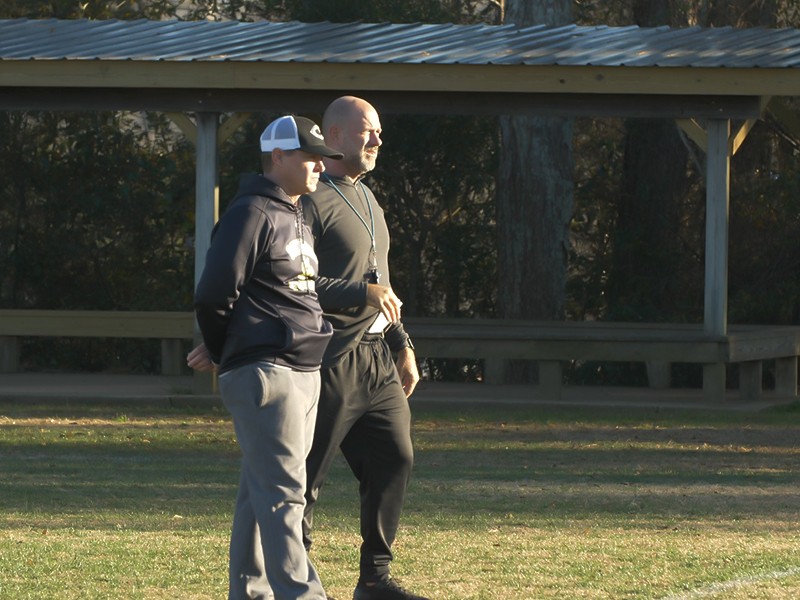 COMMERCE — Commerce has been in this position before in the Class A-public playoffs.

In 2018, the Tigers traveled to Irwin County in the semifinals and were up 17-7 with 11:30 left. DJ Lundy, who’s now at Florida State, scored three straight touchdowns, including the final blow with 39 seconds to go to lift the Indians past the Tigers in Ocilla, 26-23. It was the second time in four years the Indians beat the Tigers in the playoffs.

Now, the defending Class A Public champions will travel to Commerce for the third meeting in six years at Ray Lamb Stadium. Kickoff is set for 8 p.m.

Do the past meetings in the playoffs give the Tigers a little more insight into the defending Class A Public champions? Commerce coach Michael Brown says although the programs have history and are somewhat familiar with each other, each team is different in 2020.

“I guess there’s a certain level with us being kind of familiar,” Brown said. “But both teams are different this year. “[Last time] they had DJ Lundy on that team, one of the best players in Class A in recent memory, and he was dominating on both sides of the ball. But when you look at the program itself, in all the years we’ve been seeing them on film, they’re consistently well-coached, talented with good size and speed, and a physical team that knows how to win. They’re some differences with this group as opposed to last time – they probably have a little more speed.”

Neither team is a stranger to success in the playoffs. This is Irwin’s eighth straight quarterfinals and has made the finals five of those years, including last season’s state title win. Commerce is on a 23-year playoff streak, including a trip to the semifinals five of the last seven years.

That success, however, is thrown out the window on Friday night. Brown has watched several hours of game film in search of an advantage.

“They’re the team to beat in Class A,” he said. “They’re easily the most dominant team over the last five years, a very talented group. And they have a lot of guys back from that team last year. They are very well-coached and very disciplined. They don’t make a lot of mistakes. This is a top tier team.”

The Tigers will have to play disciplined, according to Brown, and execute all phases of their option attack to have success.

“We’re going to have to play disciplined football and be great tacklers in space,” he said. “We tell our kids all the time that you’re going to be outmatched in speed, and even in size. We have to make up the difference with effort, the execution of the scheme, and be discipline. We believe that we can do that and be competitive. If we’re not pushing the gas pedal through the floor every single snap, there’s the potential they can take it to the house any time.”

The Tiger triple-option offense is a freight train, rushing for almost 3,500 – 7.4 yards per carry – and averaging 36.6 yards per game, sixth-best in Class A.

Overall, 12 players have carried the football with four rushing more than 400 yards. Freshman Sammy Brown leads the team in yards with 102 carries for 1,043 yards and 11 touchdowns, but quarterback Trey Huff has the scoring lead with 12 touchdowns. He’s also rushed 113 times for 571 yards. And just as explosive as Brown is senior Dreylan Martin, with 101 totes for 740 yards and 10 touchdowns. Tyelon Brock has 414 yards on 38 carries and five touchdowns.

“Everybody on that offensive side is sold out and getting their job done,” he said. “With our offensive scheme, we never know on a Friday night who’s going to get the carries. All of those guys embrace their jobs and they do what we ask them to do.”

Irwin’s defense shut out the highest-scoring team last week in Wilcox County (547, 48.0 ppg) who had averaged 52.0 ppg in its last four games. The Indians held Wilcox to minus-22 yards rushing and have only allowed 89 points (89 ppg) over their past 10 games.

“They have guys that can really close,” Brown said. “They don’t give up long runs or passes. They make you earn everything, and they get a lot of hats to the ball. It really comes down to the individual battles in the trenches and on the perimeter and maintaining blocks. It’ll be a night where we’ll have to move the chains three or four yards a pop. Execution is going to be at a premium for sure.”

The Indian offense, a balanced attack but bases out of the wing-T formation, has explosive tendencies. Sophomore quarterback Cody Soliday guides the offense, passing for 1.475 yards. The Indians also have four running backs with 200 plus yards. Ward leads the team in rushing with 665 yards on 83 rushes and 13 touchdowns. The Benyard twins have combined for close to 600 yards and five touchdowns on the ground and more than 700 yards receiving and eight touchdowns. Donivan Thomas has rushed 54 times for 325 yards and four touchdowns.

And that leads to the keys of the game.

“In 2020, I think it’s just a blessing to be at this point. I didn’t know that we would have had a 10-game season this year and for us to have the opportunity to play in the quarterfinals, an opportunity to play a team like Irwin County – the defending champions and have that opportunity here at home, we’re extremely thankful. We just want to go out and make the best of it and play our very best Friday night.”

IRWIN COUNTY at COMMERCE
-- WHEN: 8 p.m.
-- WHERE: Tiger Stadium, Commerce
-- IRWIN COUNTY (9-3): Region 2 No. 1 seed, ranked 5th in Class A Public; defeated Wilcox County 14-0 in the second round
-- COMMERCE (11-1): Region 8 No. 1 seed; ranked 4th in Class A Public; defeated Gordon Lee 28-14 in the second round
-- NOTABLE: Irwin County leads series 2-0. Both meetings have been in the playoffs and in Ocilla, with the Indians winning 28-7 in the 2014 semifinals and 26-23 in the 2018 quarterfinals. ... Irwin, the defending Class 2A state champion, is tough in the playoffs going 6-1 in the quarterfinal round since 2013. However, the Indians are just 1-1 vs. ranked teams in 2020. ... Commerce also is just 1-1 vs. ranked teams in 2020 and is a rare home underdog coming into this one. ... But Commerce is tough to beat at Tiger Stadium. They are 20-2, including 2-0 in the playoffs, at home since 2014. ... The Irwin defense, which was 7th in A Public coming into the 2nd round, shut out the highest-scoring team last week in Wilcox County (547, 48.0 ppg) who had averaged 52.0 ppg in its last four games. The Indians held Wilcox to minus-22 yards rushing and have only allowed 89 points (89 ppg) over their past 10 games. ... Commerce is 6th in offense averaging 36.5 ppg ... The Tigers have been a 2nd half team. In their last four games, they outscored their opponents 49-7 after halftime with one come-from-behind win and twice breaking ties to pull away for wins. ... A Commerce win would give the Tigers their third semifinal berth in coach Michael Brown’s eight seasons.