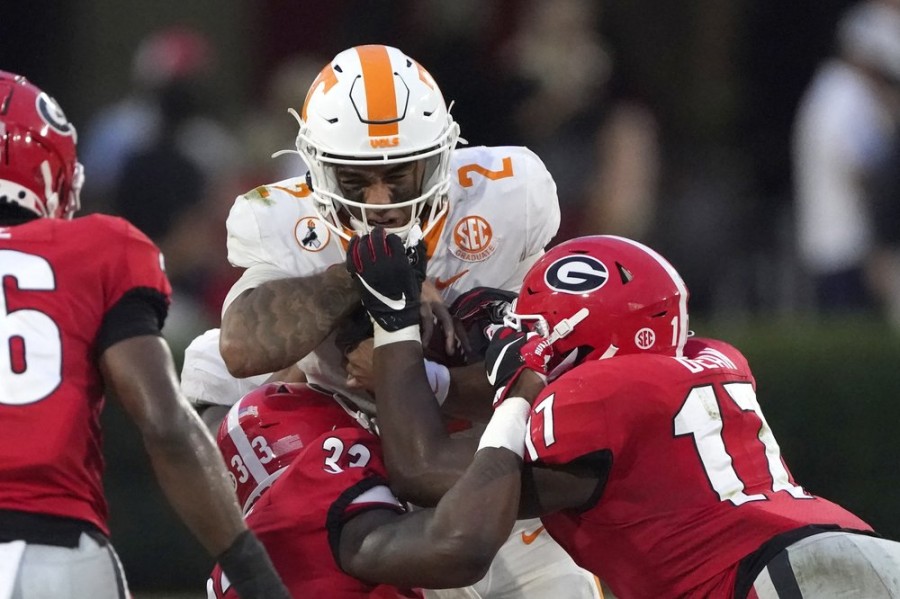 The Southeastern Conference has the game of the week. The American Athletic Conference might have the most interesting set of games.

The marquee event of the college football weekend is No. 3 Georgia at No. 2 Alabama in a game that could very well be first of three meetings between the SEC superpowers. A conference title rematch in Atlanta would surprise no one and another meeting in the College Football Playoff would hardly be shocking.

The big uptick in offense in the SEC has made headlines during the first few weeks of the season, and no team is doing it better than Alabama. The Crimson Tide are averaging a gaudy 8.7 yards per play behind quarterback Mac Jones.

Georgia is one of the last remaining SEC teams that sort of looks like an old-school SEC team. Led by linebacker Monty Rice, the Bulldogs' defense is tops in the nation, allowing 3.7 yards per play.

If Georgia can't figure out a way to slow down Alabama, there probably isn't one.

The undercard this week is lacking another matchup of ranked teams, but the AAC has some intrigue, starting Friday night with a nonconference game at Houston.

The Cougars finally opened their season last week. They were sloppy but still ran away from Tulane. Now No. 14 BYU comes to town. Those Cougars, led by quarterback Zach Wilson, rolled through their first three games before facing some four-quarter competition last week for the first time against UTSA.

It's a good opportunity for both BYU and the American to raise their credibility in a year where the Power Five conferences are mostly playing among themselves.

As for Tulane, it doesn't get any easier for the Green Wave this week with No. 17 SMU coming to New Orleans on Friday night.

On Saturday, No. 8 Cincinnati goes to Tulsa, where the Golden Hurricane are looking to spring another upset after beating UCF.

Maybe the most entertaining game of the day outside of Tuscaloosa, Alabama, will be played at Memphis. The Tigers and UCF have won the last three AAC titles and played some wildly entertaining games over the past few years. But both are coming off losses and another L this early would be tough to overcome in the conference race.

While neither team is ranked this week, it wouldn't be surprising to see either or both eventually work their way back into the Top 25.

Note: LSU (plus 11 1/2) at No. 10 Florida is not included because the Gators are dealing with a COVID-19 outbreak and it's unclear whether the game will be played.

Green Wave have played some odd games this year, blowing big leads and making big comebacks. If nothing else, it should be entertaining ... SMU 31-28.

Tide have won five straight against the Bulldogs dating back to 2008, including a couple of classic SEC title games and an overtime national championship game ... ALABAMA 31-27.

Cardinals have come apart early in the season with a minus-11 turnover margin ... NOTRE DAME 42-21.

From SEC-record passing performance to scoring two points against Kentucky, it's been quite a first three weeks of the Mike Leach era in Starkville, Mississippi ... TEXAS A&M 34-24.

Can the Hurricanes shake off that Clemson beating and get back to having a resurgent season? Meanwhile, the Panthers try to snap a two-game losing streak ... MIAMI 27-20.

Tigers and Gamecocks have played only eight times since South Carolina joined the SEC in 1991 — and Auburn has won them all ... AUBURN 29-21.

As the SEC morphs into the old pass-happy WAC, the Wildcats have thrown the fewest passes (77) in the conference and the Volunteers are tied for 10th with 91 ... TENNESSEE 24-20

Hokies have been scraping by in the secondary because of COVID-19 issues; Now come the Eagles and QB Phil Jurkovec averaging nearly 300 yards passing per game ... VIRGINIA TECH 35-27.

Army (minus 7) at UTSA — @DavidOnSports

Black Knights coming off a sluggish victory against The Citadel ... UTSA 24-20. 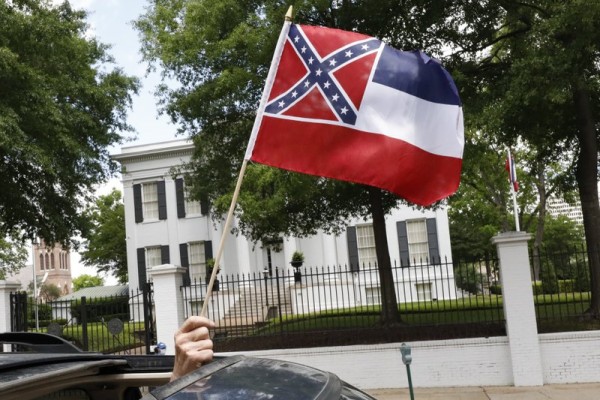 NCAA says no championships in states with Confederate symbol
As the discussion about racial equality continues to sweep the nation, the NCAA is doubling down on its Confederate symbol ban first introduced in 2001.
By AccessWDUN Staff 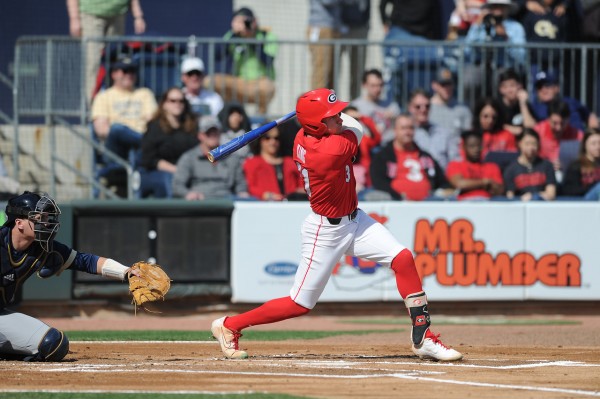 SEC officially calls off 2019-20 season; high-ranked UGA teams seasons' end
The 2019-20 season for the University of Georgia, which had the No. 2-ranked baseball team in Division I, and a top-10 men's golf team, featuring former Gainesville High standout Spencer Ralston, officially came to an end Tuesday...
By AccessWDUN Staff 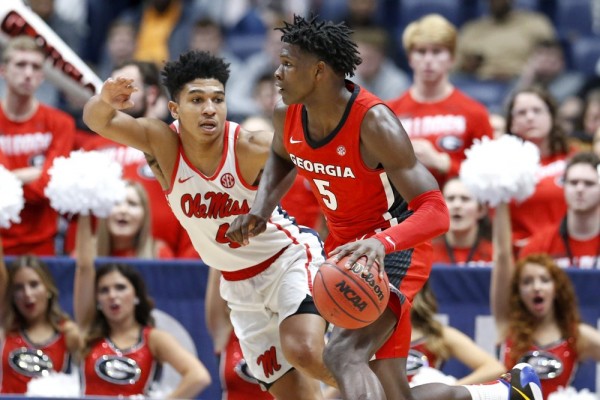