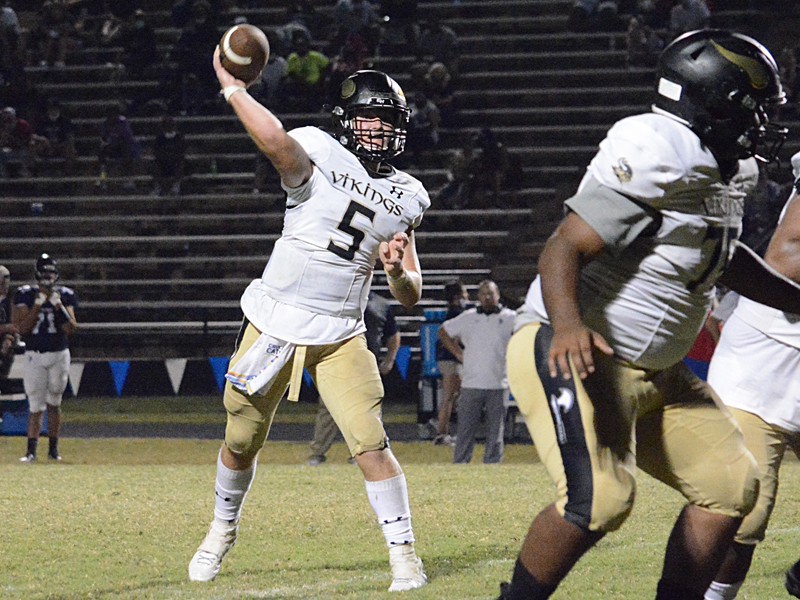 RABBITTOWN — COVID-19 continues to wreak havoc on the high school football season, and East Hall is the latest victim.

The Vikings were forced to cancel their Region 8-4A opener against Cedar Shoals on Friday and next week's contest against No. 2 Jefferson due to the coronavirus, East Hall coach Michael Perry confirmed Thursday evening.

Hall County Director of Athletics Stan Lewis also confirmed the team is in quarantine for the next two weeks.

Perry expressed his feelings on Thursday but tried to remain upbeat about the remaining schedule. The Vikings should be ready to return to action on Oct. 23 against region foe Chestatee.

"This has been one of the worst days I’ve ever experienced as a coach," Perry said. "I feel really upset about our kids, but I’m so proud of the progress we have made as a team. The great thing about football is that it prepares us for life. Life isn’t always fair but you keep putting one foot in front of the other and keep pushing forward."

East Hall's 3-1 start was its best since the 2017 campaign, a 5-1 start, and has been the early surprise in the region. They were tied for 4th in scoring in Class 4A (141, 35.2 ppg) behind the state’s third-leading QB in Clete Cooper and Class 4A’s top receiver in Macere Walker. Wide receiver Mon Tabor caught 3 balls for 106 yards and a TD and added 80 yards and 2 TDs on the ground in the win over East Jackson.

And the most surprising stat has been on the defensive side of the ball, showing a marked improvement through the first four games allowing just 22.5 ppg, a little more than half of what they gave up in 2019.