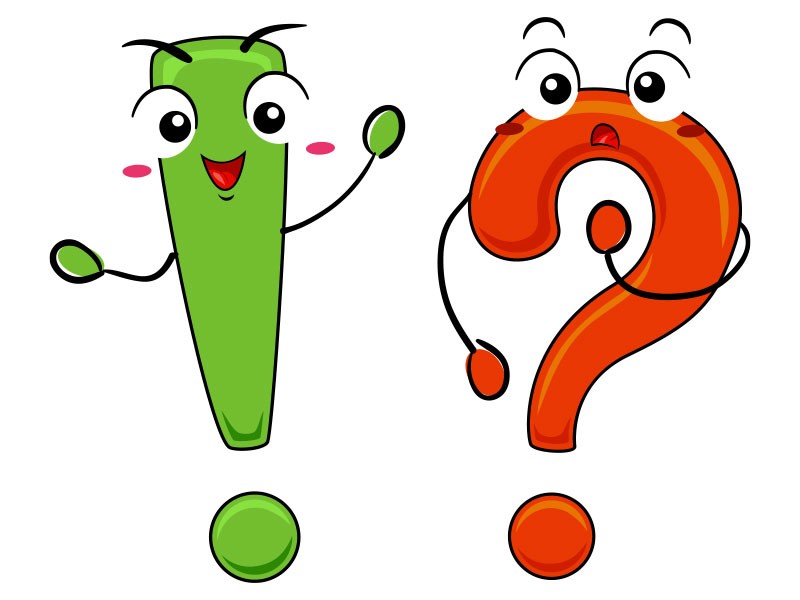 I must disclaim this meandering by informing you that it contains punctuation. As I have recently learned, that can be impolite in certain venues. As of the last check, this isn’t one of them, so I think I’m safe. But in this world of “everyone offends me except me,” you can’t be too safe especially if you can’t afford a lawyer.

Since when did punctuation become offensive, you ask? Apparently sometime after texting came along.

According to the book “Kill Reply All: A Modern Guide to Online Etiquette, From Social Media to Work to Love,” it is impolite to send a text with any sort of punctuation. As a side note, can we do something about the length of book titles? A good title doesn’t need a subtitle. It’s not called “Moby Dick: One Man’s Obsession with a Pelagic Mammal.” It’s just “Moby Dick.” But I digress.

Turk’s reasoning is that the mere fact that you hit “send” means your thought is finished. The punctuation is implied and therefore, putting a period, in the end, is not only redundant but offensive. It’s sort of an in-your-face statement of “don’t bother me” and can imply anger. If that’s the case, I may start replying to texts from people with whom I don’t wish to communicate with a simple period.

It’s a shame this sort of thought wasn’t pervasive when I was in school. It could have saved me some points on the essays, research papers, and scripts I had to write.

“But it’s not that I don’t know how to punctuate, I was just trying to be polite.”

I’m sure that would have gone over well.

In an article published in the New York Times, Turk comments, “No matter what digital medium you’re using or what the context is, it all comes back to just thinking about other people first.” I’m no scholar, but if that be the case, shouldn’t we focus more on the words than the punctuation. I’ve yet to see a social media posting or receive a text in which the punctuation was offensive. The words, yes. The punctuation, no.

I try not to be an “old man yelling at clouds.” I have embraced technology for the good that it can do and the entertainment it can provide. But not punctuating at the end of a text isn’t being impolite. It’s being lazy. And if we’re that lazy, no technology in the world is going to save us from ourselves.

Fortunately, a question mark is still okay as is the exclamation point. Emojis are fine as well, provided you don’t overuse them. I do find it interesting that it took centuries for us to go from using pictographs and hieroglyphics to a true written language that uses letters allowing us to more precisely communicate thoughts and ideas. That way there’s no mistaking that the picture of a bear drawn on a cave wall is meant to warn you to run because you’re about to eat instead of “hey, what a neat picture of Yogi.” Now, it seems, we’re returning to speaking with pictures again. Wouldn’t the ancients be proud?  I know I’m not the only one to make this observation. Perhaps when many people have the same thought independently of one another, there’s something to it.

Another point of curtsey according to Turk deals with voicemail: Don’t leave them. Apparently, that’s offensive too as it requires the person you tried to call to access their mailbox and listen to your message. Rather, Turk says just to hang up. They’ll see the missed call and get back with you. Again, I smell lazy. Just because I took the time to reach out to you doesn’t mean you should give me the respect of listening to what I’m trying to communicate.  I guess it’s just too close to an actual conversation. You know, where you both share ideas and build relationships?

That brings me to another rule that I usually break. But that’s no surprise as I’m just a Boomer who only gets dumber with age. Turk writes that if you want to actually use the cellphone for its original purpose, you need to text and ask permission. Really? If I were going to speak to the Queen, perhaps. Although I doubt she carries a cellphone. She doesn’t impress me as the type of person to post a selfie on Instagram with the hashtag “CandyCrushQueen.”  I will admit I have used this tactic when I know my wife may be in a meeting, but usually I just call and leave a message. I’m so boorish. A regular bull in a digital china shop.

I remember the days when the phone would ring, just about everyone in the house would tackle each other in an attempt to be the one who answered the call.

“The phone is ringing. Someone needs me. I am important.”

Nowadays folks prefer to text.  I often wonder why cellphone manufacturers even bother putting calling capabilities in the gizmos. Let’s just go back to texting pagers. That way you won’t have to be offended and put out when you get a voicemail. Such a first-world problem.

I do find it a bit amusing that these rules of etiquette are aimed at a digital generation that can post messages on social media that resemble something written by a sailor with tortes.  Even putting the colorful metaphors aside, the messages are often filled with quite a bit of vitriol.  I’m all for freedom of expression and free speech. It is how I make my living. But if you want to convince people you have some modicum of intelligence, don’t use the f-word as a verb, adverb, adjective, and gerund all in the same sentence.

Overall, I think there’s just too much unnecessary angst. People just like to be angry. I guess going off on other folks makes them feel smarter or better than other people. My wife’s stepfather gave me some advice that really helps me keep things in perspective. Kate wanted to paint our bedroom a particular color I didn’t think would look good. Chickenman from Murrayville (That’s his superhero identity. Look for his comic book coming soon.) simply asked: “what does it matter”. He was right. It wasn’t worth getting upset over. If that’s what she wanted and it made her happy, why not? This life isn’t all about me. It’s about “we”… "us.”  If you want something to be upset about, start with world hunger, disease, and racism. Then you can get upset about what color the walls are or whether someone puts a period at the end of a text or not. And that’s a message for all generations.

One thing I will agree with Turk on is hitting the “reply all” when you just want to send a message to the sender. Recently I received a group message that really didn’t require a response, yet nearly everyone (all 12 of them) in the group felt they hand to send a thumbs-up emoji or say “got it”. Fine, but just take the time to send it to the originator. I don’t need to have my phone start sounding like a pinball machine.

Too young to know what a pinball machine is? Google it on your phone. You likely aren’t going to use it to make or take a call anyway.