Hotel near I-985 gets Hall County approval, could seek Gainesville annexation 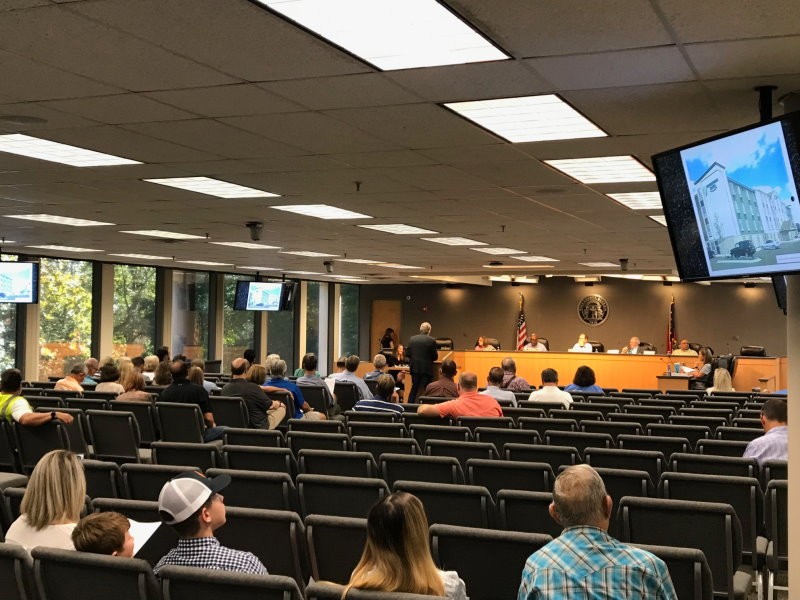 Hall County Planning Commissioners gave final approval Tuesday to a proposed hotel and commercial development on Crescent Drive off of Jesse Jewel Parkway, but the developers may have more work to do before the project can be built.

The 5.5-acre property is in Hall County's jurisdiction, but Planning Commission Chairman Chris Braswell told the developers, WS Hotels, LLC, that the project may need sewer service from the city of Gainesville which could require annexation into the city.

Braswell also said, however, that Crescent Drive is still in Hall County and would continue to be maintained by the county if the property is annexed, meaning the developers would still need approval from the county to access the road.

"I'm sort of questioning a little bit why you're even having to go through this process here if in fact you will ultimately need to annex, but be that as it may, you're doing what you're required to do and you've done everything that we've asked you to do," Braswell told the developers.

WS Hotels, LLC is looking to build a four-story 123-room Woodspring Signature Suites Extended Stay Hotel and a more-than 1,700 square foot commercial building on the property. They say the commercial building would ideally be used to house restaurants. The property would only be accessible from Crescent Drive.

Planning Commissioner Johnny Varner expressed concern about parking for recreational vehicles and tractor-trailers, but the developers said they believed their proposed parking plan would be enough.

"What I don't want to see are RV's parked out on Crescent Drive," Varner said.

Planning commissioners approved the special use request for the project unanimously.