Funding in motion for phase-out of Gainesville High buildings 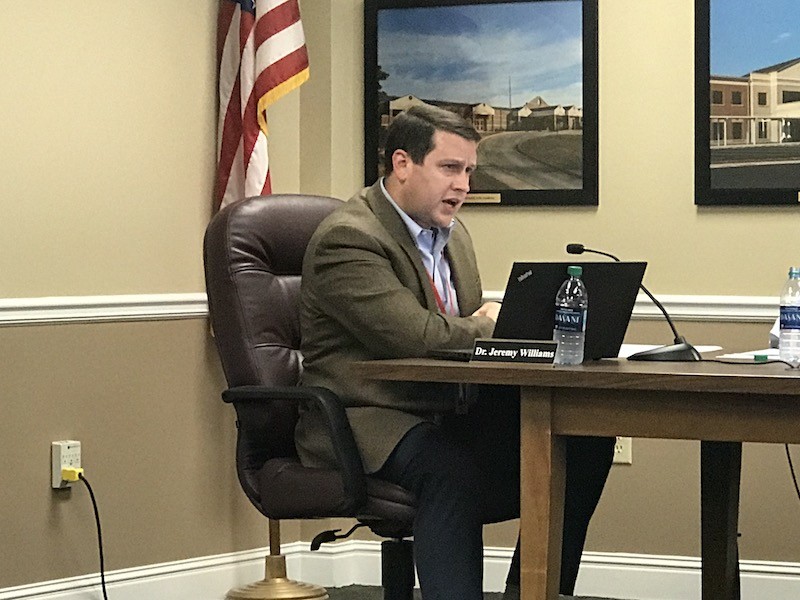 The application for funding of Phase One of a phase out and rebuild at Gainesville High School is in the works, school board members learned in an update at their work session Tuesday night.

As previously reported, the school system is phasing out the cafeteria, the 9th grade center and the CTAE building. Phase One of the project will be to build a new Advanced Studies for the CTAE program, which Superintendent Jeremy Williams said they want to fund with potential SPLOST money.

“As we look towards transforming that campus and as we look towards the SPLOST, the first phase in all of this is really relocating the bulk of our CTAE offerings, our Career, Tech, Agriculture, Education offerings because we can’t start to move pieces around that campus until we begin some of that construction,” said Williams. A couple of months ago, the CTAE building was approved by the board.

In the hopper is a funding request to the state Department of Education for $12.5 million to complete the project.

“This just falls in line with our SPLOST plans, it allows us to move a little quicker than anticipated,” he said. “This allows us to use some of the funds with other funds that are used with SPLOST to kind of overhaul that campus and make it something that will last for many, many decades.”

The money would go towards the campus as a whole, with the intended use for the phasing out projects.

Williams said the SPLOST plans would wait until Hall County finished its SPLOST.

And, more details about what’s planned and what’s ahead will be revealed in the next few months, according to Williams.