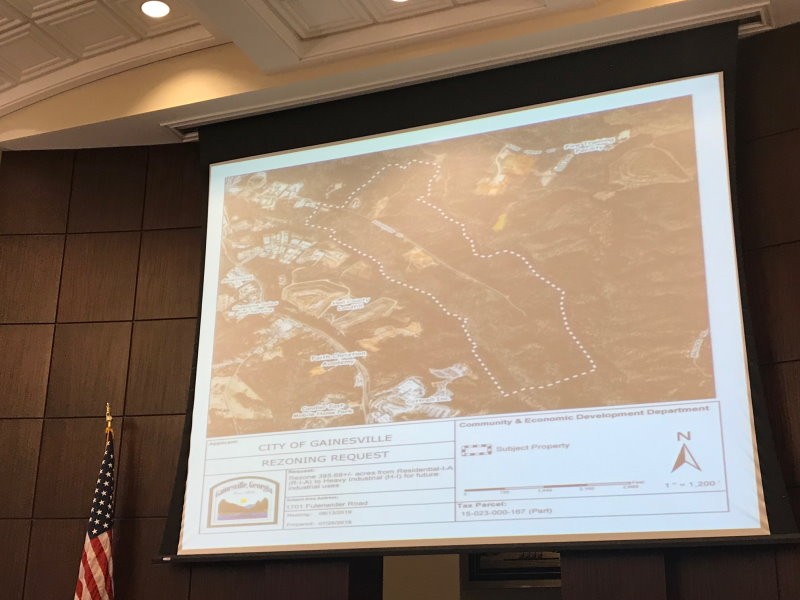 The Gainesville Planning and Appeals Board unanimously recommended the rezoning of nearly 400 acres of land on Fullenwider Road from residential to heavy industrial Tuesday evening.

"If you've been there, you've seen that it's primarily dominated by industrial uses, so what we anticipate and what we hope is really developing something unique for the city of Gainesville and Hall County," Tate said. "Kind of a modern business park with clean industry and this is something that Gainesville is in need of."

Tate said the 395-acre tract surrounding Fullenwider Road is just part of the total land the city and Hall County will look to rezone to create the new "85 Industrial Park." He said the total park is expected to take up over 1,300 acres.

So far, Tate said the city has not had any discussions about specific developments on the property.

The tract recommended for rezoning by the city planning and appeals board Tuesday will be voted on by the Gainesville City Council on September 17.

Two residents spoke at Tuesday's meeting with concerns about the industrial park's potential impact on nearby residential property.