Arrest made in series of spring shoplifting, robbery cases in Gwinnett County 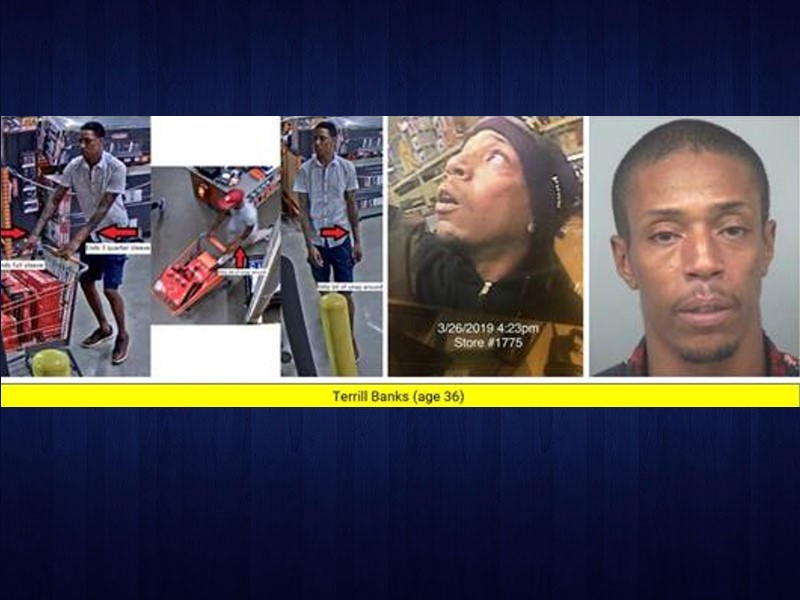 A suspect arrested last month by the Walton County Sheriff's Office is thought to be responsible for several shoplifting crimes and an armed robbery at Home Depot stores in Gwinnett County.

Gwinnett County Police Cpl. Michele Pihera said the lead detective in the case initially believed that two suspects were involved in a May 4 incident at a Home Depot store on Satellite Boulevard in unincorporated Suwanee. However, the detective has since determined Banks was the only person involved in that crime and others.

Pihera said Banks is believed to have used the contractor entrance to the Suwanee store around 9:30 p.m. on May 4 and got a shopping cart to pick up merchandise.

"He loaded several boxes of tools into the cart," Pihera said in a press statement. "While [Banks was] approaching the cash registers quickly, a cashier grabbed the shopping cart, assuming the suspect was going to his register. The suspect pried his body between the Home Depot employee and the cart and displayed a knife with a red handle."

Pihera said Banks told the employee to let go of the cart and then he left the store.

At the time, investigators believed Banks was tied to similar crimes at other Home Depot stores in Gwinnett.

Banks was arrested on July 29 by the Walton County Sheriff's Office, and Pihera said he will be returned to Gwinnett County where he will face charges of two counts of armed robbery, one count of aggravated assault and nine counts of shoplifting.