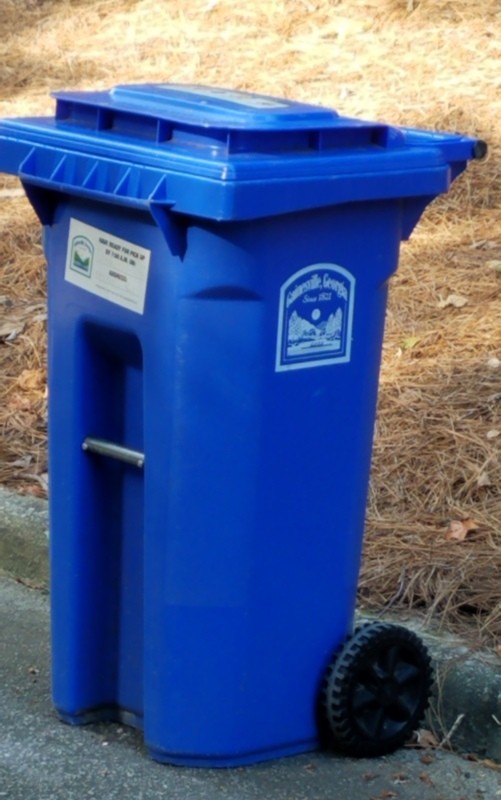 I am all for recycling. Not just because it reduces the amount of refuse going into the landfills making them last longer. It can also save you some money. I’ve mentioned before that my mom was into this back when being green meant being new at something, not being on a crusade to save the planet.  Then it was called being “thrifty,” which came naturally to two people who lived through the Depression and World War II. Check the history books and you’ll see items of every sort were in short supply, especially the money to buy them.

My mom was creative when it came to recycling. Most everyone saved empty margarine containers to store leftovers. That was low hanging fruit. But Mom took it a step further. By today’s standards, it would be called “extreme recycling”.  No doubt it would become a component of the X-Games. Mom was just that hardcore.

Anytime we purchased something wrapped in foil, the foil was saved for future use. A classic example is the Ho-Ho’s that were often packed in my lunchbox. Throw that away and you’d face the Inquisition when got home. You needed to smooth the wrinkles out of the foil to make it look as new as possible. Then neatly fold it into a square and return it to your lunchbox. It would reappear the next time she packed cookies—homemade or otherwise — as part of you daily ration of tasty food lovingly prepared and preserved with repurposed wrapping.

These days recycling has really increased. Cities have programs for recycling just about every piece of packaging that comes home with you. That means putting it in bins and placing it on the curb to be picked up. From there the cities or private companies sell it to recycling firms. They turn it into new packaging that we get to put in bins and take back to the curb to continue that particular circle of life. That’s the easy and obvious stuff. But what about everything else?

Enter the internet, specifically Craigslist Free. That’s where folks who have clutter can give it away so that other people who don’t have clutter can afford to look affluent too. Don’t mistake my snark for disapproval. I think it’s great.

I was first introduced to this online junkyard by my son after he moved to California. He could only load so much into his mid-sized sedan which meant what little furniture he owned is now living at my house. (Free clutter Yea!) After he arrived and found a place to live, I asked about shipping his stuff to him. He said not to worry, he was getting new stuff there.  “With what? Your good looks. You’re broke, remember?” I said. If you check your parent’s handbook, you’ll see that stating the obvious is a rule parents should never violate.

“I got a coffee table and couch for free on Craigslist,” was his reply. Such a worldly son. He’s discovered how to live off the land, albeit virtual. I was stunned and had to check it out for myself. Being a career radio guy, I couldn’t violate the “if it’s free, it’s me” part of the oath you take when you get an F.C.C. license. And you don’t want to mess with the F.C.C.

Whereas the Depression and WWII made my folks “thrifty,” their influence made me a scavenger. When we lived in Raleigh, there was a landfill a couple of miles from our house. You had to snake through some woods to get there, but it was worth it. Aladdin’s genie couldn’t conjure such treasure. Once I lugged a twenty-inch television home. Who would discard a perfectly good television? The answer, of course, is “no one”. That’s why they threw out a broken one instead. Five minutes in the basement was all it took to discover I had spent an hour dragging home a busted black and white television almost identical to the one we had put on the curb a few weeks earlier. Hmm…

That’s why I was so excited to learn about the free section on Craigslist. It’s a lot less smelly than hitting up the landfill and I am amazed at some of the items folks want to giveaway.

With a tip of the hat to my famous find, someone had a 40-inch television to giveaway. Just one catch: it won’t turn on. I’m all for reliving some of the better days of my childhood, but not the one that involved lugging a broken television home just so I can lug it to the curb.

There were several pianos. Some needed restoring. Some actually worked. All of them were heavy and stated as much. As one ad put it, “Of course it’s heavy so bring several people as you must load it yourself.”

Although it’s the “free” section, some of the items come with a price. Like the refrigerator and small television that actually work properly. However, the ad said to get them you also had to take the “rest of the junk in the picture”. There was a lot of it and none if it worth keeping. A free TV and fridge AND a trip to the landfill? Oh boy, sign me up!

By far my favorite is the picture of some really nice stuff spread out on someone’s lawn. There was furniture, kitchen items, and clothes.  One would hope that they would put them back in the house after taking the picture, but then again, maybe not. It gave me the mental picture of a guy logging onto the site because his wife just threw him out of the house for fooling around on her only to see his stuff being given away on Craigslist.

Justice and recycling all at the same time. Thanks Mr. Craig.