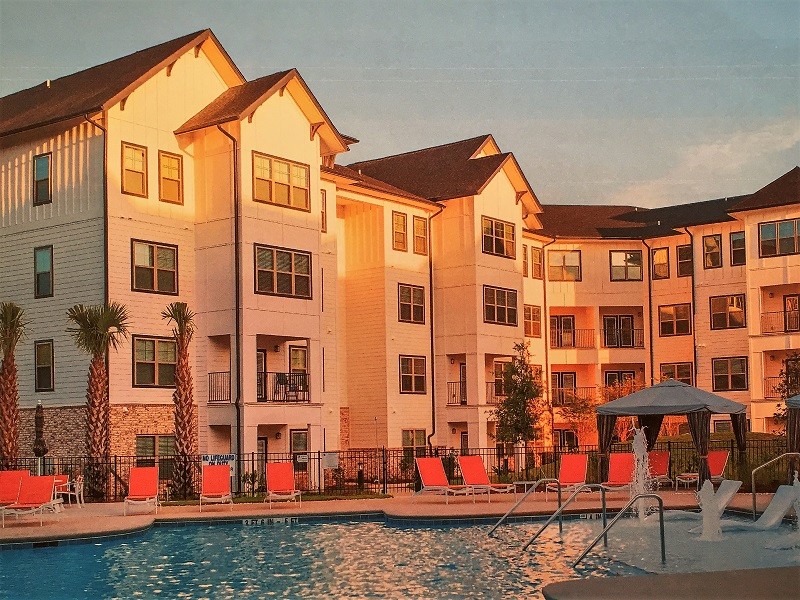 Banks County Commission Chairman Jimmy Hooper shares this photograph provided to commissioners by developer Jonathan Collins. The 230-unit housing development on Ridgeway Road and Faulkner Road at Banks Crossing will be similar to this. 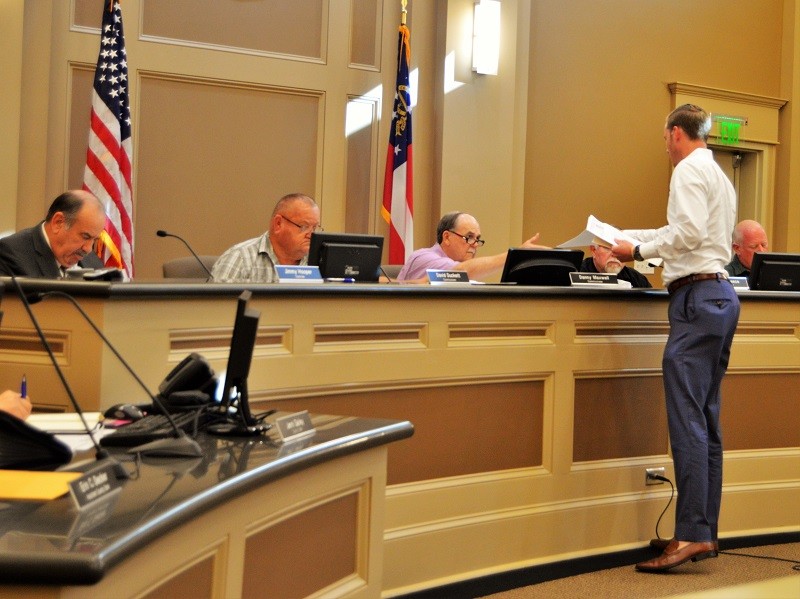 HOMER – A Gainesville developer has received approval to make a $20-million residential investment in the Banks Crossing area of Banks County.

Jonathan Collins of Capstone Acquisitions LLC told commissioners Tuesday night the firm plans 230 multi-family residential units in “luxury, multi-family housing”. The firm would be both developer and owner and has its own management company to oversee the operation.

“We’re excited,” Chairman Jimmy Hooper said. “This is a new adventure for Banks County. Never before have we had this plan to come into our county for multi-family housing. It’s a need.”

Collins said the firm hopes to attract people moving to the Banks County area to take jobs at one of the new firms in the area.

“We have absolutely no surplus of homes in Banks County,” Hooper said. “If you want to rent a piece of property in Banks County, you’re not going to find it because it doesn’t exist. As always, we hope we’re being proactive. We’re aware of all the new jobs that are going to be coming into Banks County. These people are going to want a place to live close to where they work.”

“The investment is going to be $20 million-plus on buildout, which of course that goes straight to the digest,” Hooper said. “They’re not asking for any kind of abatements or anything. They’re just asking permission to meet a need in Banks County and, as one commissioner, I’m thankful for it.”

Commissioners removed a condition that the development have a “right in, right out” access only to Faulkner Road, gaining agreement from Collins instead to install acceleration and deceleration lanes. The condition requiring a lighted sidewalk from the entrance at Faulkner Road to the end of the property line remained in place.

Hooper said he understands a development like this is not the norm, but he believes the time and location are right for it, and that it is in the best interest of Banks County.

“This is change,” Hooper said. “Some people are reluctant to change, but this is change that is taking place in an area that is designed for change, which is down at the interstate. I think it’s a good thing, and the profile of Banks Crossing is going to change drastically in the next 10 years. I think that his board has done a great job in trying to plan as we move forward.”

Collins said construction should begin by around the end of the year.