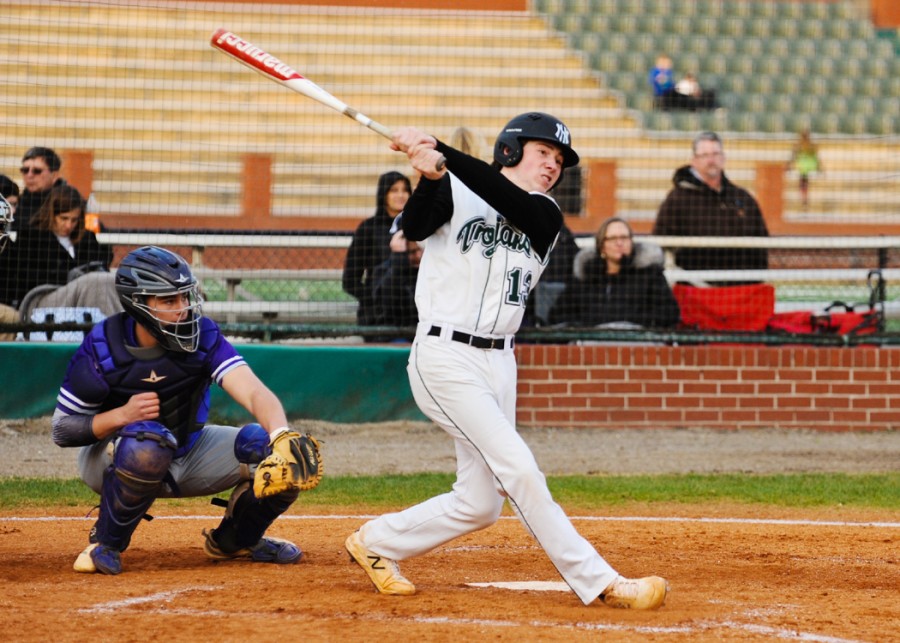 But he said he would be even more impressed by what he would like to see transpire Thursday when the two teams’ conclude their rather large Region 7-3A series in Dahlonega.

“I was happy how the guys responded (when we got behind) but I really want to see them finish a series,” Flow said. “We haven’t really done that all year. I would really like to see them come out and be focused and ready.”

Wednesday’s victory kept North Hall a game up in the loss column over second place Fannin County (14-5, 7-3 Region 7-3A) pending the outcome of the Rebels’ series opener against East Hall. It also helps set up those two teams’ region-title showdown series next week.

The loss for Lumpkin County (10-11, 5-9 Region 7-3A) drops the Indians into sixth place and a half-game behind both Dawson County and Greater Atlanta Christian in the Region 7-3A standings.

“This win puts us in a position to be able to have a chance at the region title and that is something we have talked about,” Flow said. “The program has never been able to win two straight region titles so that is a goal. But we need to do a better job of closing out a series.”

“The top of the lineup was outstanding,” Flow said. “We worked on trying to cut down on the pop-ups and they did a great job of putting the ball in play.”

Meanwhile, Kelton Kieschnick fashioned together one of his best outings of the season on the mound. Kieschnick needed just 73 pitches to go the distance scattering four hits, walking none, and all three runs were unearned and came in a wild three-error fifth inning.

“Kelton really pounded the zone and if not for that one inning he would have thrown a six inning game with just 53 pitches. A great effort from him,” Flow said.

Kieschnick said he’s just trying to stay within his role when asked if he is a key to the Trojans playoff fortunes.

“I think we really have three guys that can go out and beat people,” he said. “I’m just trying to help us get wins. But I do feel like I’m getting to where I want to be out there.”

It was a tight, and quick, pitcher’s duel early as the first four innings took less than an hour to play. North Hall scored single runs in the second and third off Lumpkin starter Turker Kirk to grab a 2-0 lead.

It stayed that way until the Indians took a 3-2 lead in the fifth when Dalton Caldwell, Matthew Grizzle, and Connor Pierce all reached on errors in consecutive at-bats. Eli Wingo and Dalton Stephens followed with RBI sacrifice flies and Braylon Chastain singled in Pierce for the lead.

But North Hall exploded in the bottom of the fifth with six runs. The first four batters all reached by a hit and Ty Brooks drove in a run with a bases loaded walk. Caleb Payne had a sacrifice fly for a RBI, and Dylan Wiley capped it with a two-run double and later scored on an error for an 8-3 lead.

In the sixth inning, Caleb Wiley singled and scored after a pair of wild pitches and Dylan Wiley doubled in two runs. Dylan Wiley and Caden Bales, who was hit by a pitch, both scored on Caleb Clark’s fourth hit of the game, a two-run double, to invoke the Mercy Rule.

NOTES: The loss for Lumpkin County snapped a streak of two straight 7-3A series won by the Indians ... Lumpkin County fell to 2-7 on the road in 2019 ... North Hall has now won five straight and 13 of its last 15 overall ... The Trojans improved to 6-1 at home in region play ... North Hall came in averaging just 6.6 runs a game in region play. The Trojans, however, are yielding a region-low 2.92 runs a game.