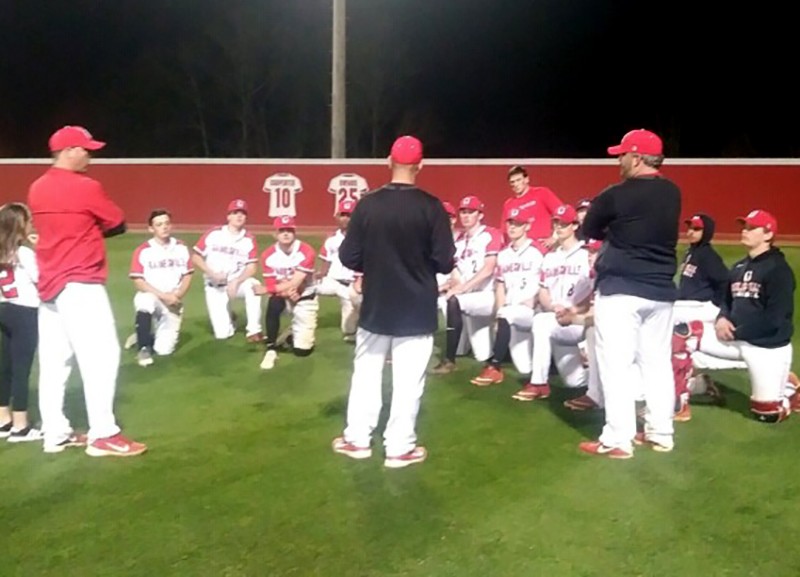 Several northeast Georgia area teams have a chance Wednesday and Friday to begin to put distance between themselves at the top of their respective regions, or get back into the playoff race.

(NOTE: Rain already has forced several games scheduled for Friday to be moved to Thursday. Check back with AccessWDUN for continuous updates as we get them.)

Region 8-6A continues with some big matchups with Gainesville taking on Apalachee and Habersham Central taking on Dacula. The Raiders (17-5, 5-2 Region 8-6A) wiped out the Falcons on Monday, 12-2, and can put themselves three games ahead of Lanier with a win and a Longhorns loss to No. 1 Winder-Barrow. Meanwhile, the Red Elephants (7-13, 2-5 Region 8-6A) are locked in a three-way battle with Apalachee and Dacula for the final playoff spot. They play host to Apalachee on Wednesday in a virtual must-win after the Wildcats rallied for a win a Monday.

Baseball: Bluff beats Fannin in crucial Region 7-3A battle; Jefferson rolls
Cherokee Bluff added two insurance runs in the top of the seventh and held on in the bottom to knock off Fannin County, 9-6, Tuesday afternoon on the road.
By AccessWDUN Staff
Privacy | User Agreement | Contact | Advertise With Us
2022 © Jacobs Media Corporation. All rights reserved. EEO Report. Website by Full Media
Login / My Access
close
Search