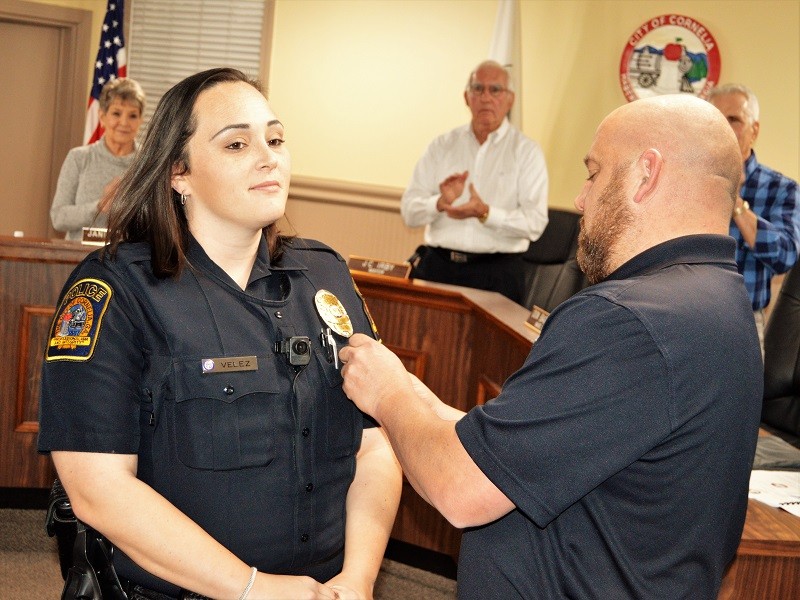 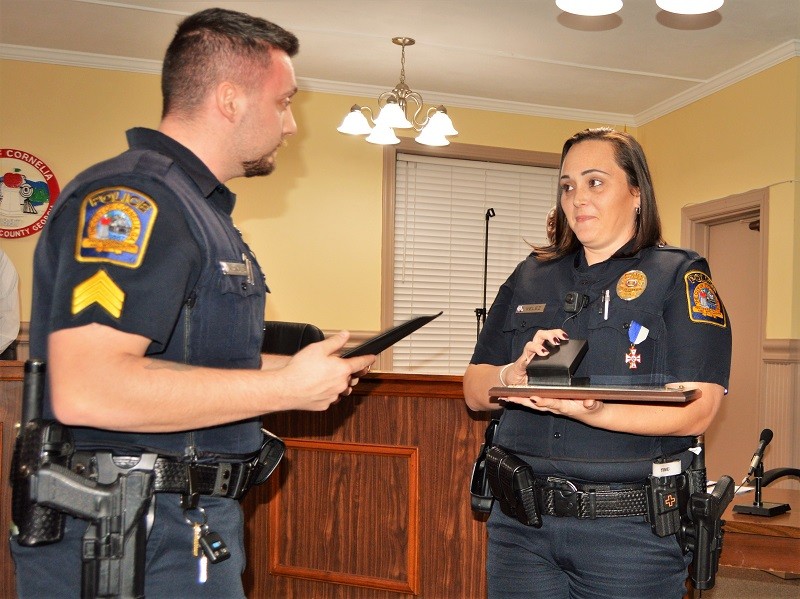 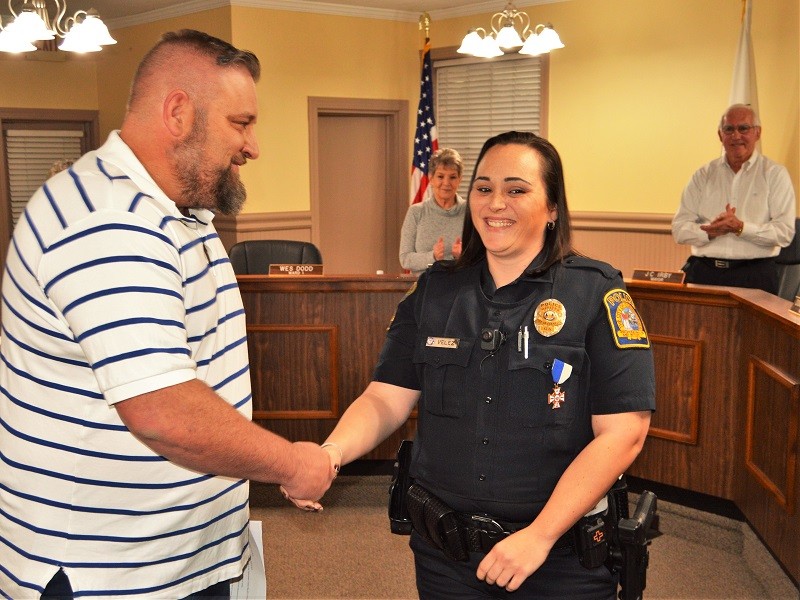 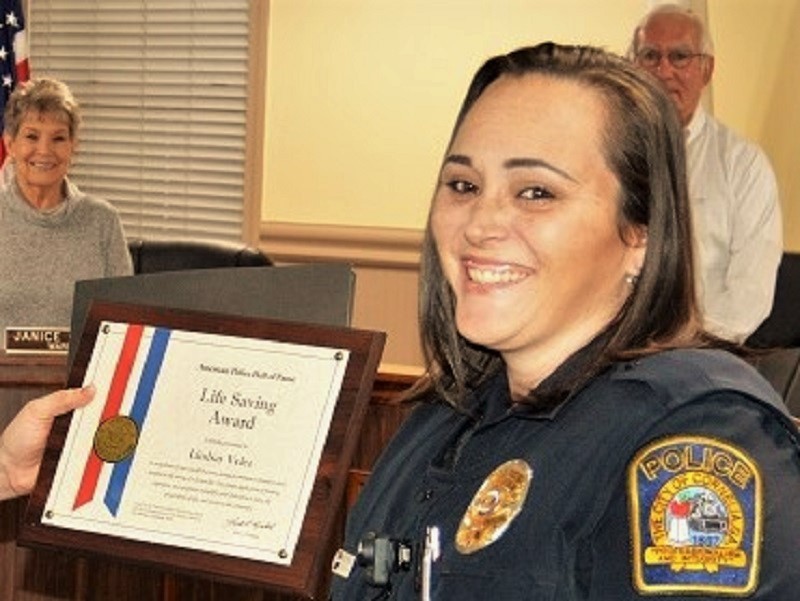 CORNELIA – Officials in Cornelia paused Tuesday night to honor a member of the city’s police force for heroism.

Police Chief Chad Smith recognized Velez, providing details of the Dec. 23 incident for which she was being recognized.

Velez went on duty at 6 p.m. and about 8:20 p.m. that night heard a 9-1-1 dispatch call given to the sheriff’s office for a wreck with possible vehicle fire on Chase Road.

Already in the area, Velez responded to the scene.

“When she got there, what she found was the vehicle was fully engulfed in flames with the driver unconscious inside behind the wheel,” Smith said. “She ran to the burning vehicle and somehow she got the door open and was able to drag a large, unconscious man out of the vehicle to safety.”

It was that action that is credited with saving the driver’s life.

“She acted with courage and selflessness to save this person’s life,” Smith said. “I know that she probably doesn’t like to have this kind of attention, but I want everybody to know what she’s done.”

Smith said he is proud of Velez.

“She hasn’t been with the department long, but I appreciate her and what she’s done for the city and for this department,” Smith said.

A certificate, issued by the American Police Hall of Fame Board and presented to Velez by Cornelia Police Sgt. Matt Arnold, reads, “In recognition of your unselfish actions during an emergency situation, which resulted in the saving of a human life. Your proper application of training, experience, and equipment exemplifies your dedication to duty, the preservation of life, and service to the community.”