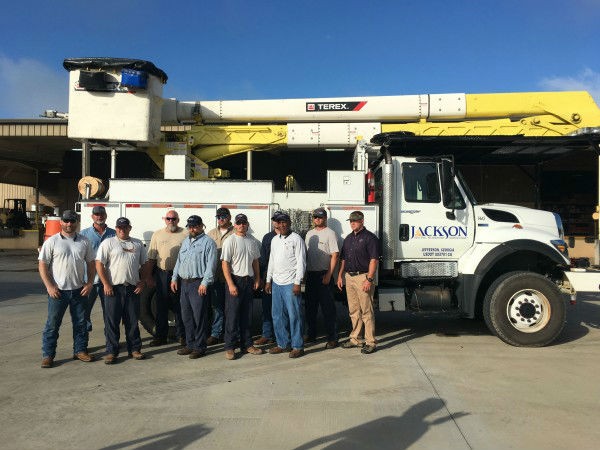 The Jackson EMC linemen were available after restoring power in the Jackson EMC service area following outages from storms on Monday. The crews were from the Jefferson, Neese and Corporate offices.