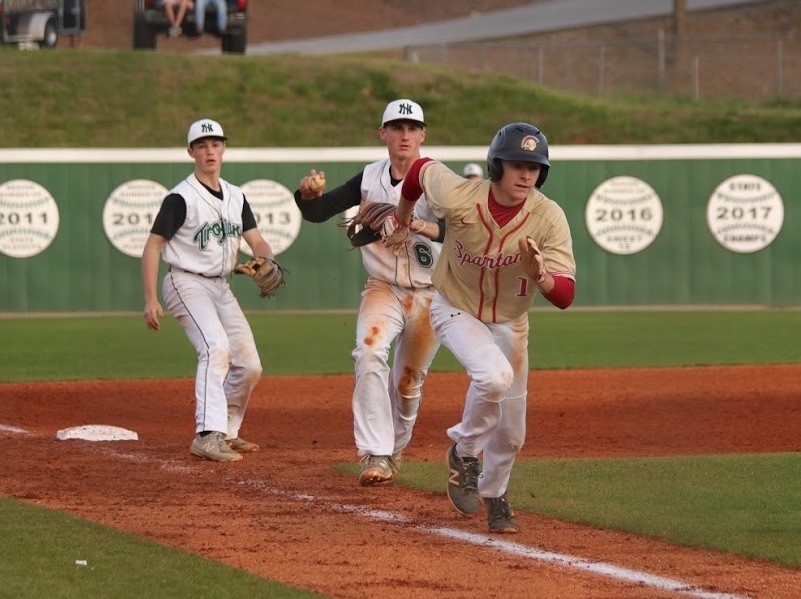 GAINESVILLE — Riding a 16-game win streak and with Georgia Tech-signee Reese Olson on the mound, North Hall looked poised Monday to stake an early claim on the Region 7-3A title.

Greater Atlanta Christian had other ideas.

The Spartans battered Olson for a season-high seven runs in just four innings on the way to a shocking 14-2, five-inning drubbing of the Trojans at Jody Davis Field.

“It’s baseball and every team has a game or two like this during a season,” said North Hall coach Trevor Flow, who watched his team commit five errors on Monday. “Hopefully we got that all out of our system. We’ll go back to practice (on Tuesday) and get ready for Wednesday’s game.”

Despite the lopsided loss, North Hall (17-4, 12-1 Region 7-3A) can still claim no worse than second place and will head to Norcross on Wednesday to take on GAC (16-7, 10-3) in the second of their three-game series. The two teams’ will return to Jody Davis on Friday and a Trojans sweep of the final two games would still give them the region title.

Flow said he is looking forward to see how his young team, which had just two returning starters in Olson and senior catcher Charlie Erickson from last year’s Class 3A state title team, responds to its worst loss of the season.

“With all our inexperience this is the first time these younger guys have had to go through something like this,” he said. “Now we’ll see how this group handles adversity. We told them that their fate is still in their hands. We’re going to see if they can go and take hold of it.”

The Trojans never led as GAC grabbed a quick 1-0 lead in the first inning scoring an unearned run on a pair of Trojans miscues as it took some time for Olson to settle in in the cold weather. Carson Taylor singled with one out, moved to second on an error as Kelton Kieschnick mishandled a throw from Erickson, who would have gunned down Taylor trying to steal second. Taylor then advanced to third on a passed ball and scored on a two out single by Zac Mixon. The Spartans, however, left two runners in scoring position.

The Trojans answered right back in the bottom of the inning plating an unearned run as well. Caleb Clark walked to lead off and advanced to second when David Seavy was hit by a pitch. Clark scored on a throwing error on a Olson bunt. But the Spartans’ Tyler Bride got out of the inning getting Erickson to hit into a double play and a ground out by Jackson Dyer to end the inning.

GAC reclaimed the lead for good in the second on another unearned run as Jack Coyle singled with one out and moved to third on a team error on the next batter. Coyle then scored on a fielder’s choice for a 2-1 advantage.

North Hall got runners to second and third with two out in the bottom of the second as Tyler Brooks singled and Dylan Wiley reached on an error and advanced to second on a wild pitch. But Bride struck out Clark to end the inning to maintain the slim lead for the Spartans.

Olson finally looked to be settling down striking out the first two batters in the third. But the Spartans exploded for four consecutive two-out hits to go with a steal of home to push their lead to 5-1.

Meanwhile, Bride was able to pitch around three Spartans errors in the first three innings. North Hall stranded four runners, all in scoring position, and was 0-for-5 with runners in scoring position. Bride, who went the distance retired 10 of 12 batters from the second to the fifth innings.

GAC continued to take advantage of Trojans mistakes scoring two more unearned runs on a pair of Olson walks and their fourth error of the game to push the lead to 7-1 in the fourth.

Olson did not come out for the fifth as Kieschnick took over. Olson went just four innings allowing seven runs, just three earned, on eight hits and three walks. He struck out five.

The Spartans blew it open in the fifth against Kieschnick, who was battered for seven runs on six hits as they extended it to 14-1.

“(GAC) is a good hitting team and they are maybe a couple of (pitchers) away from challenging for the state title,” Flow said. “But we feel we can compete with anyone. We like being in the underdog role so now maybe we can do that on Wednesday. It’s still right there for us.”

North Hall scored a run in the bottom of the fifth on a RBI single by Olson scoring Seavy but they could not extend the game as the Mercy Rule was put into effect. 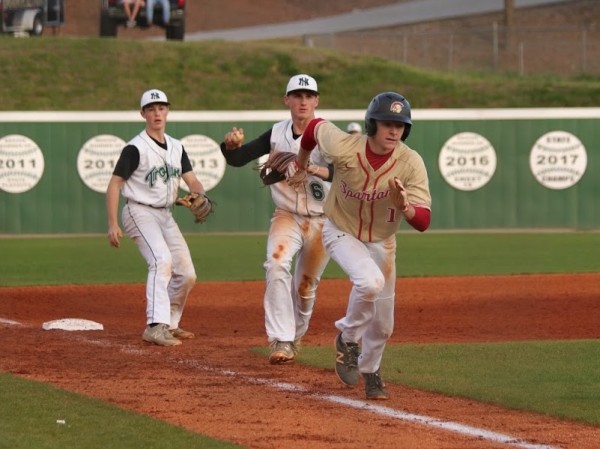 (VIDEO) Baseball: GAC halts Trojans' win streak with lopsided 7-3A win
Riding a 16-game win streak and with Georgia Tech-signee Reese Olson on the mound, North Hall looked poised Monday to stake an early claim on the Region 7-3A title. Greater Atlanta Christian had other ideas...

Piedmont's Ballstadt, Green honored by USA South
The Piedmont baseball team had a pair of players named to the USA South Athlete of the Week list on Monday. 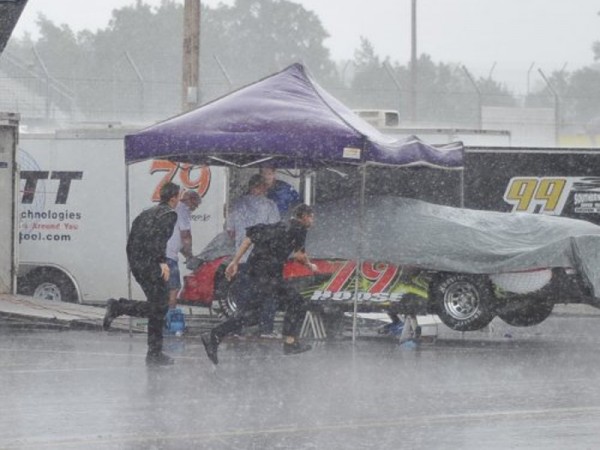 Wet weekend causes headaches for local race tracks
A wave of showers and cold weather wreaked havoc with the racing scene in North Georgia and across the southeast over the weekend. Several speedways and touring series...
Sports 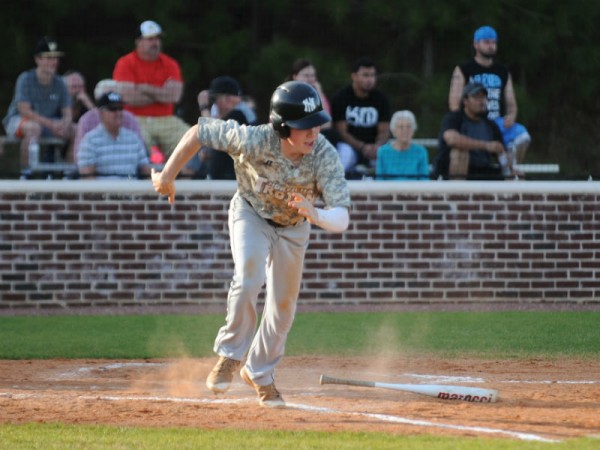 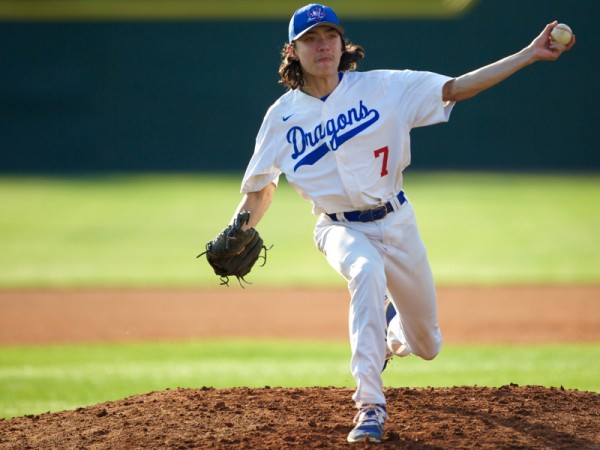 Baseball: Dragons riding solid pitching to top of 8-4A standings
Even Tommy Knight admitted he was somewhat surprised after his Jefferson baseball team walked away with an improbable three-game sweep of Stephens County last week...
High School Sports 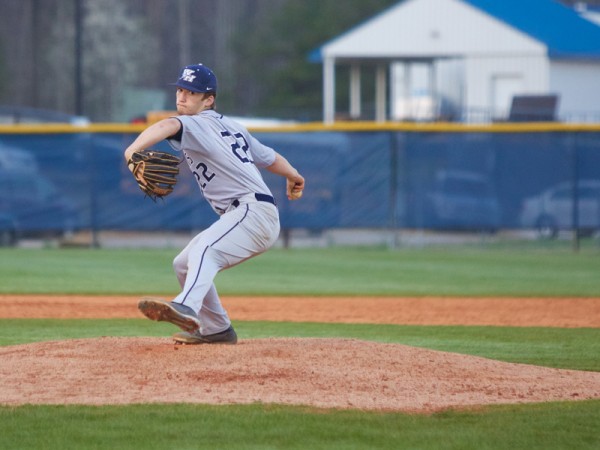 Baseball: North Hall, Jefferson, Buford could wrap up region titles as season hits stretch drive
Several region champions could be determined after this week in what should be one of the better prep baseball weeks of the season...
By Jeff Hart