12:00PM ( 7 hours ago ) News Alert
Don't forget to turn your clocks back one hour tonight 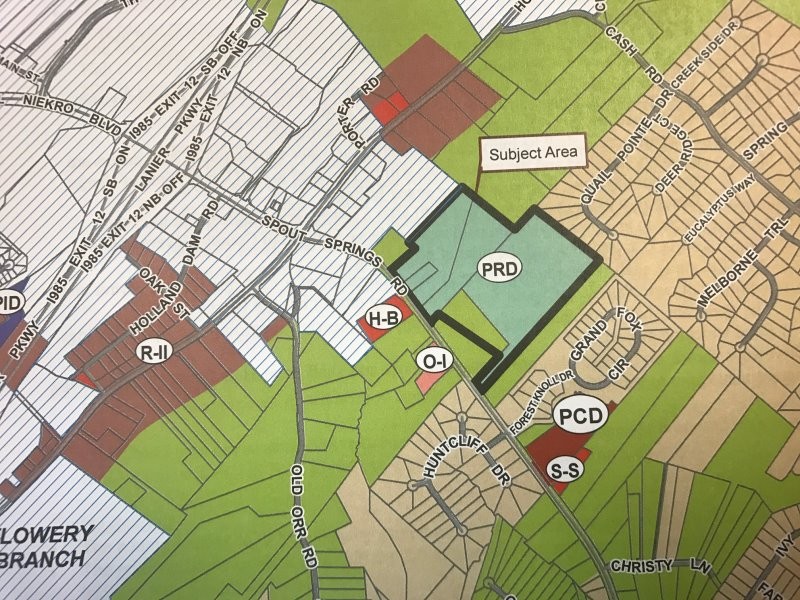 Hall County's planning director says a large apartment development planned for the south part of the county may no longer be in the works.

Srikanth Yamala said after the Hall County Planning Commission's Monday meeting that Morningstar Investment Group, LLC told him in an email that they're no longer looking to develop the more-than 39-acre tract on the east side of Spout Springs Road that was planned to feature more than 300 apartment units and some commercial development. The group withdrew a request to the planning commission to add 4.2 acres to the already rezoned tract that was set to be heard Monday after being tabled twice.

"We got an email on Friday," Yamala said. "The overall project still has the zoning in place. I really do not know the specifics, but all Morningstar said was they're withdrawing the application and that they're no longer pursuing this project."

No representatives of Morningstar were at the meeting. Yamala said no reasons were given for withdrawal.

The request for the 4.2-acre addition was most recently tabled at the planning commission's meeting on March 20. No reason was given for either of the requests to table and no Morningstar representatives were present at either of those meetings.

Yamala said this was not the first addition the group had requested for the development, and he said the county had not received any public outcry against any of the previous additions.

The already-approved portion of the project will remain zoned as Planned Residential Development. The property sits on Spout Springs Road between Hog Mountain Road and Forrest Knoll Drive.