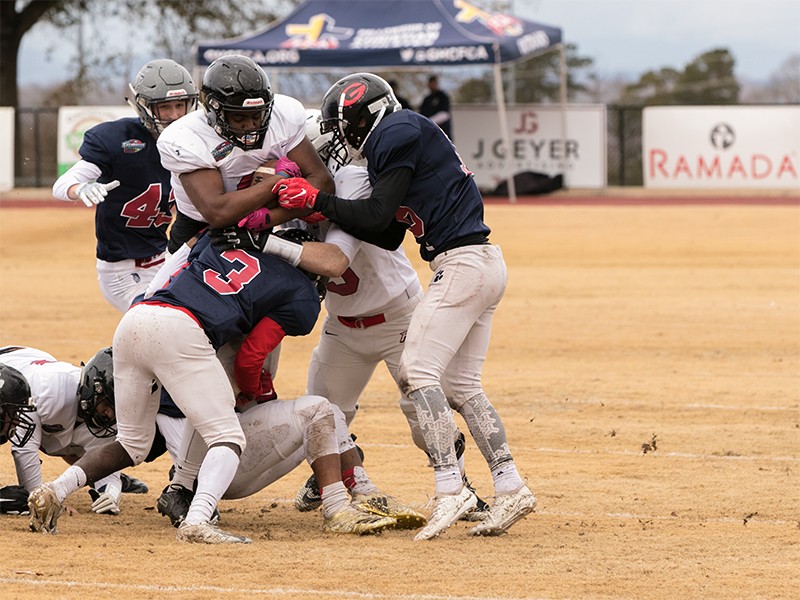 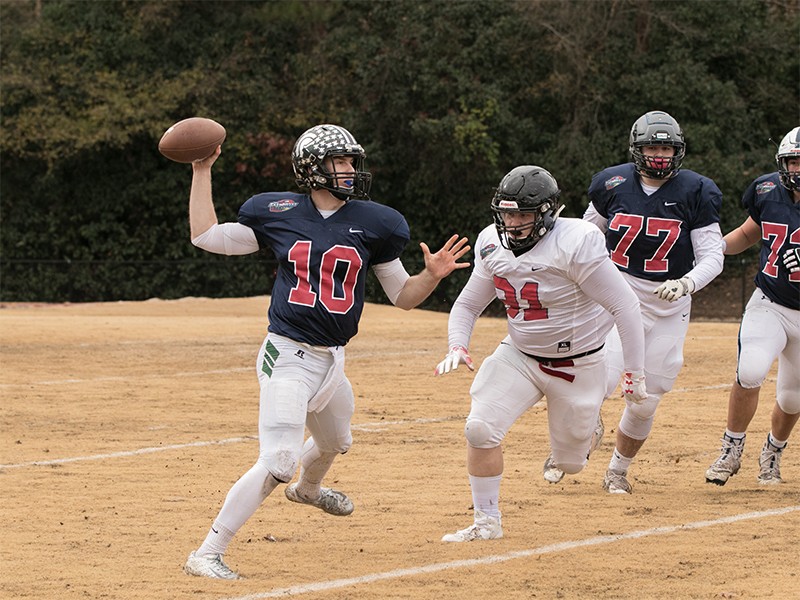 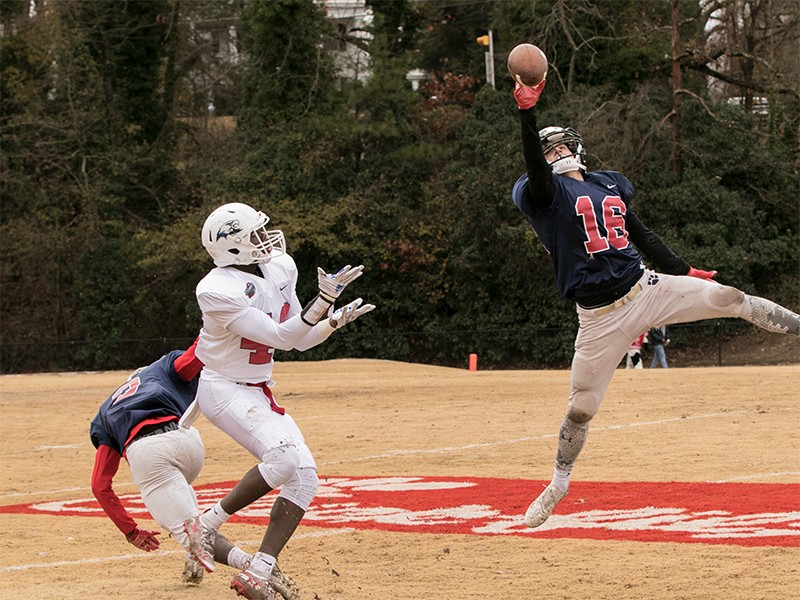 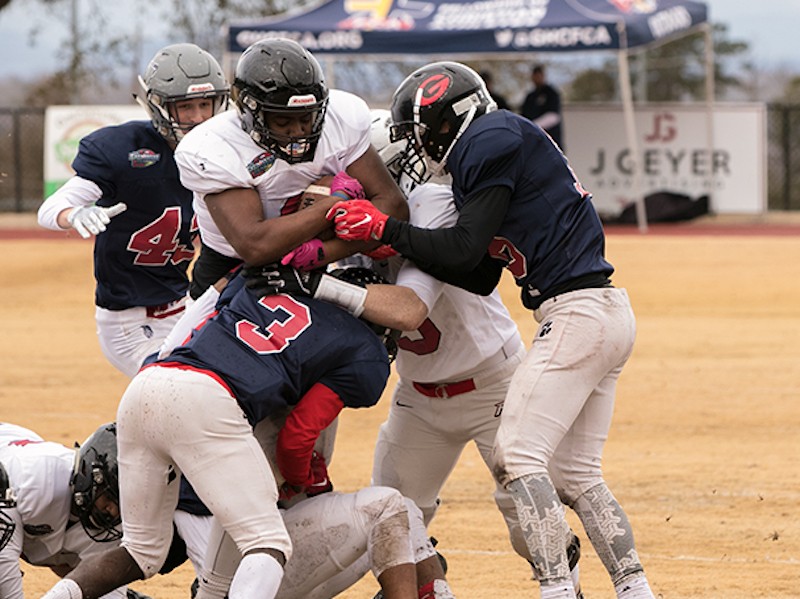 “We are very thankful to be a part of such a great event that brings our community together to recognize our senior football players and cheerleaders,” Greater Hall FCA director Clint Fair said.

The game didn’t feature a whole lot of offense from either team. The East finished with 143 total yards, and the West, who struggled all day on offense, only mustered 68 total yards.

Regardless of the total yards, the East outperformed the West on both sides of the ball, including forcing two turnovers and a stifling defense.

East Hall’s Cambren Harrison, who rushed for 45 yards, put the East on the board first with a freight train run up the gut from 13 yards out in the second quarter. Hayden Killgore's extra point gave the East a 7-0 advantage.

Later in the quarter, Killgore nailed a 28-yard field goal to extend the East lead 10-0. The drive actually started with Jack Dodson (Flowery Branch) fumble recovery, but penalties forced the East to settle for the Killgore FG.

In the second half, Banks County’s Terrance Walker broke free for a 37-yard scamper for a touchdown. Killgore’s extra point pushed the East lead to 17-0.

With the game pretty much on ice for the East, the West tried to heave it downfield for anything. That’s when Flowery Branch’s Zarian Brawner picked off North Hall’s David Seavey and ran for pay dirt. The Killgore PAT sealed the game 24-0.

“We are blessed with amazing sponsors, staff, coaches and many other volunteers that enable us to have this game,” Fair said. “Most importantly, we are thankful God allows us to have this type of platform through the ministry of FCA.”

Gainesville's Quintavious Hayes led the West with 60 yards on the ground.

Baseball: Rebels sweep North Hall, now just 2 wins from 1st-ever 7-3A title
Fannin County did to North Hall what the Trojans usually do their opponents...
By Jeff Hart 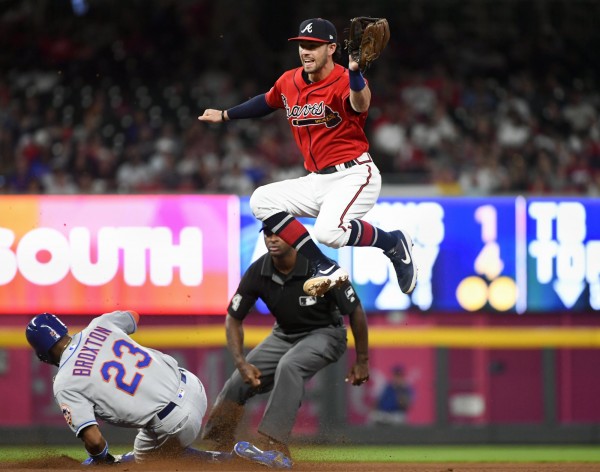 Nimmo, McNeil back Wheeler in Mets' win over Braves
Brandon Nimmo hit a two-run homer, Jeff McNeil added a two-run double and the New York Mets kept hitting even without Pete Alonso, beating the Atlanta Braves 6-2 on Friday night.
By The Associated Press 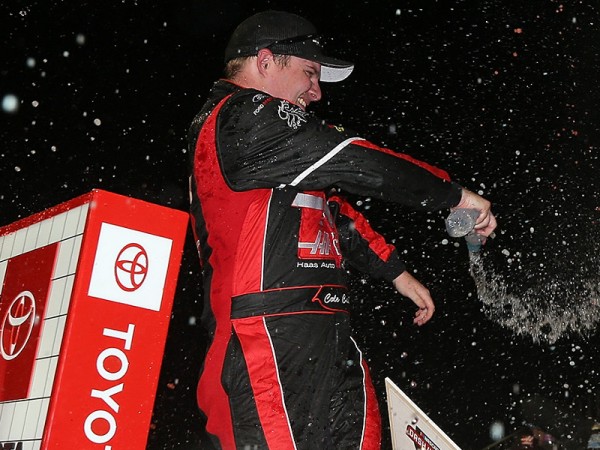 Cole Custer picks up NASCAR Xfinity win at Richmond
Cole Custer said on Friday afternoon that his No. 00 Stewart-Haas Racing NASCAR Xfinity Series team might be ready to peak in time for the Playoffs.
By Reid Spencer-NASCAR Wire Service