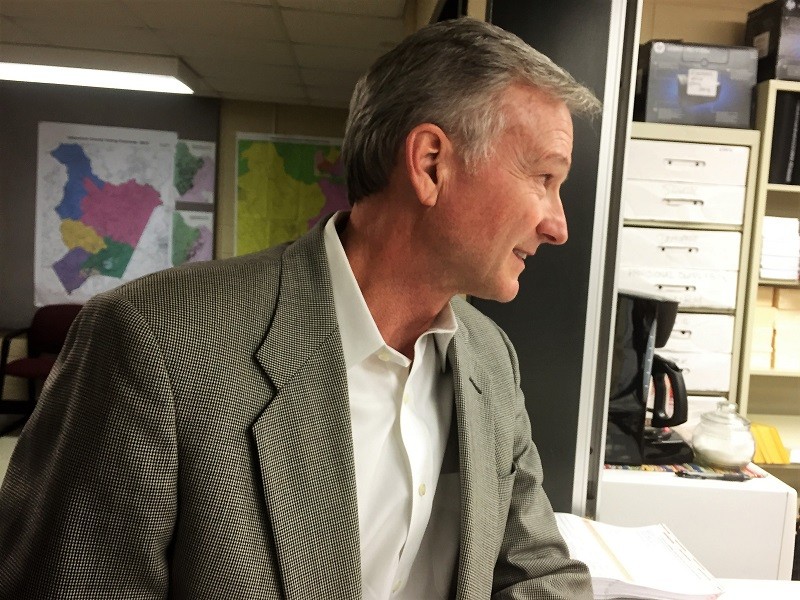 Chris Erwin smiles as he listens to the Habersham County Board of Elections report the total of provisional ballots.
Rob Moore 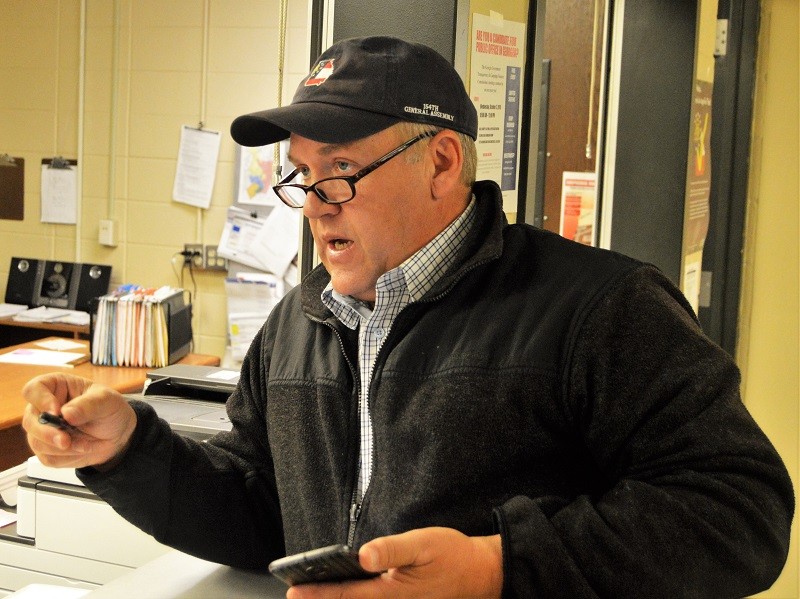 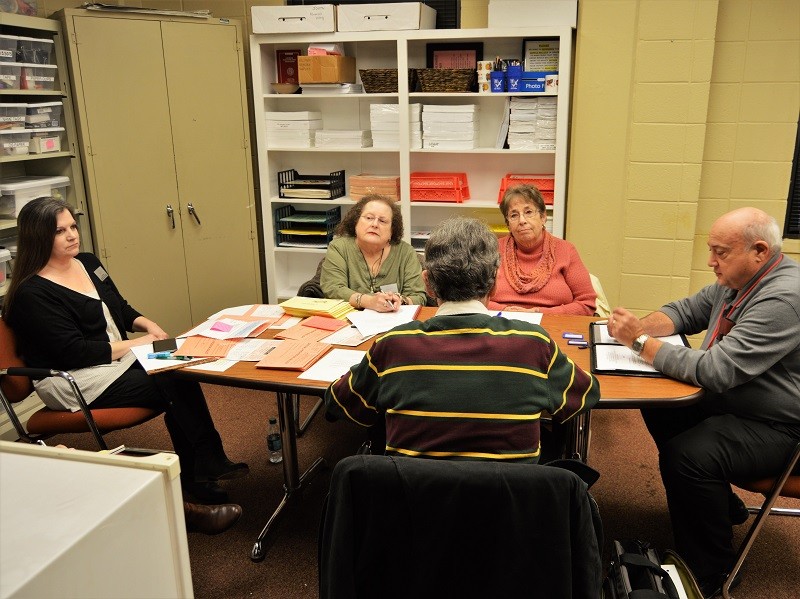 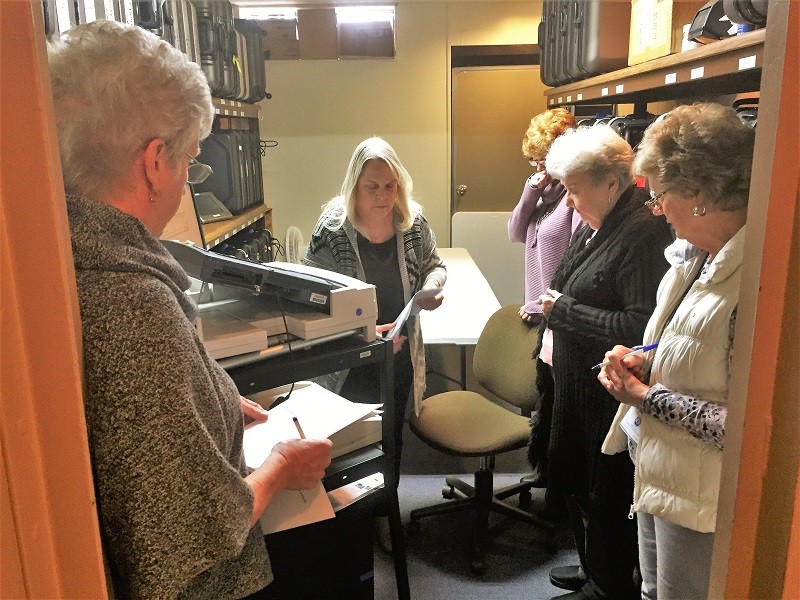 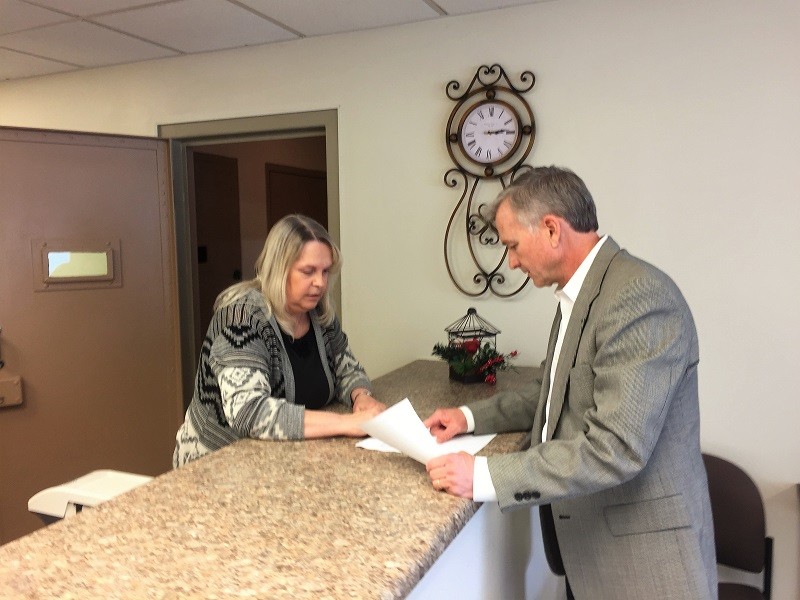 CLARKESVILLE — Georgia House District 28 will have a new state representative in 2019 if current election results stand.

In Banks County, the two provisional ballots were split, with Erwin and Gasaway receiving one vote each.

In Stephens County, the provisional ballot that was accepted was for Gasaway.

“I don’t think I’ve been in a nail-biter in my life like this one,” Erwin said after finding out the results. “This has been a long, windy road that we’ve been working. I’m real proud of the team and the effort and hard work that they’ve done. I’m waiting now for the results to be certified.”

During the board of elections meeting in Habersham County, Gasaway protested two provisional ballots saying the individuals who cast them do not live in House District 28. On the advice of the Georgia Secretary of State’s Elections Office and Habersham County Attorney Donnie Hunt, the board accepted those ballots.

“We just protested the [Habersham] Election Board counting two illegal ballots and they went right ahead and counted them, so that was sort of a shocking outcome,” Gasaway said. “We knew who the ballots were, and we expected those to be discarded because they don’t live in the district, or are not registered in the district, but they went ahead and counted them anyway.”

Gasaway indicated he has faced an uphill battle from his challenger.

“We faced just tremendous dark money from the Gainesville crowd back in May, and that carried over to this election, so we had some tremendous opposition, but we’re going to keep battling,” Gasaway said. “I don’t believe the outcome tonight is accurate, and we can prove that. I hated we could not get some kind of resolution with this board when they clearly had illegal votes being cast in Habersham County tonight.”

At a minimum, Gasaway said he plans to request a recount at the prescribed time after the state certifies the election results next week.

Asked whether he will file another lawsuit over the outcome of the December re-vote election, as he did after the initial election in May, Gasaway stopped short of outright confirmation.

“We’ll wait for the recount and see what that delivers and then we’ll go one step at a time,” Gasaway said. “We’ve been down this road before, and we’ve got to work on getting illegal ballots out of our system because it doesn’t benefit anybody.”

Elaborating on his next steps, Gasaway said, “You really can’t do anything until the state certifies what they believe to be the result, and then you take action at that point. The next step would be to ask for a recount, and that letter will be prepared Monday and submitted at the appropriate time. Then we will begin to study these illegal ballots that were cast here tonight in Habersham County, and decide if there’s clear evidence to take action — again.”

State officials have indicated they will certify the election mid-week, then the candidates have 48 hours to request a recount. If a recount is granted, all three counties will conduct those recounts simultaneously the following week.