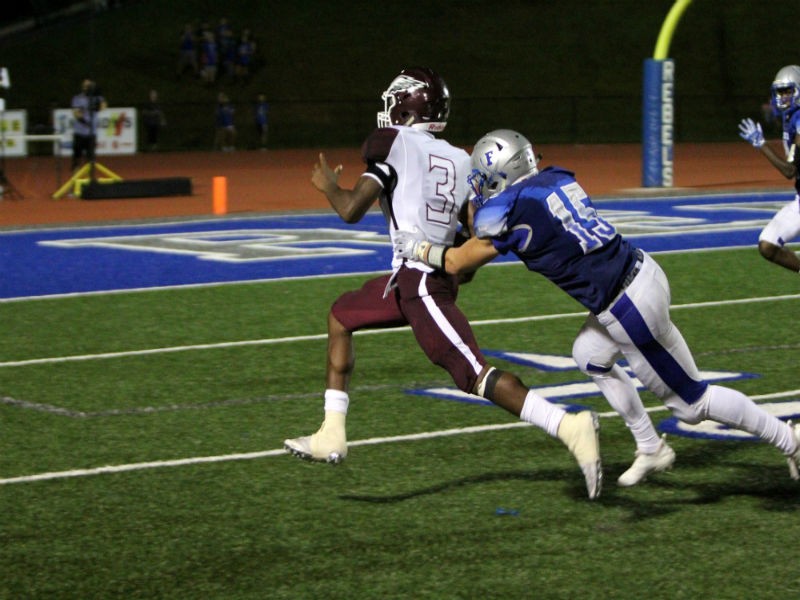 Chestatee's Christian Charles (3) runs for a touchdown in a game during the 2018 season. The sophomore quarterback was named the Region 7-4A Co-Offensive Player of the Year by the region coaches.
Photo: Reg James
Related Articles
Buford's Derrian Brown hospitalized after medical incidentFootball: UGA's Smart and Hartley visit Rabun by helicopterBuford's Appling getting his shot to lead WolvesJaybo Shaw gets dream job on dream-like day
Contact Editor

The Region 7-4A All-Region football team was announced Monday.

Chestatee sophomore quarterback Christian Charles was named as the region's Co-Offensive Player of the Year along with Blessed Trinity senior running back Steele Champbers.

The all-region team was selected by the region coaches.