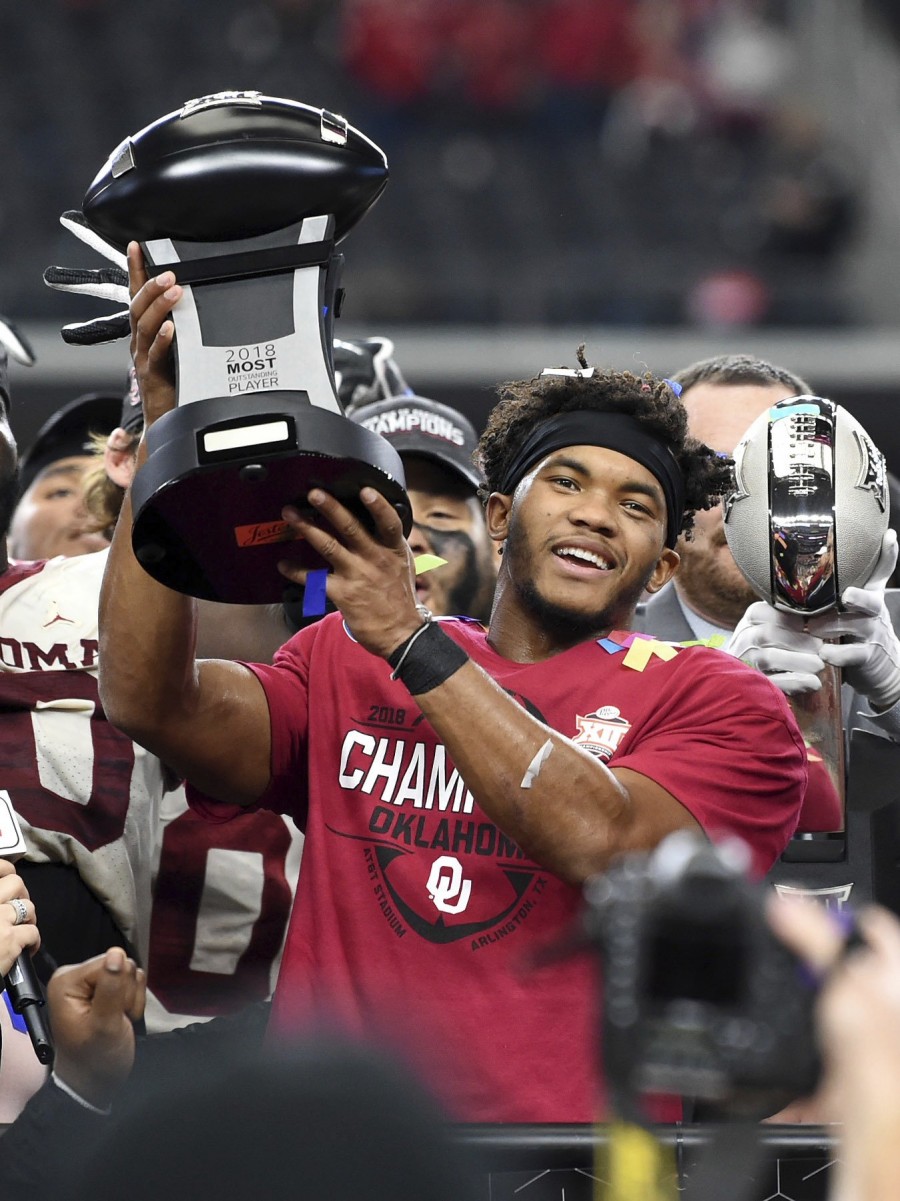 Oklahoma is in the College Football Playoff, moving into the fourth and final spot in the rankings after winning the Big 12 championship.

Georgia (11-2) dropped a spot to fifth and Ohio State (12-1) remained sixth in the selection committee's final top 25. The Bulldogs lost a dramatic Southeastern Conference championship game to Alabama on Saturday, and the Buckeyes won the Big Ten championship.

The Sooners beat Texas for the Big 12 title, avenging their only loss behind Heisman Trophy contender Kyler Murray. Oklahoma is making its third appearance in the five-year-old playoff. Alabama has played in them all.